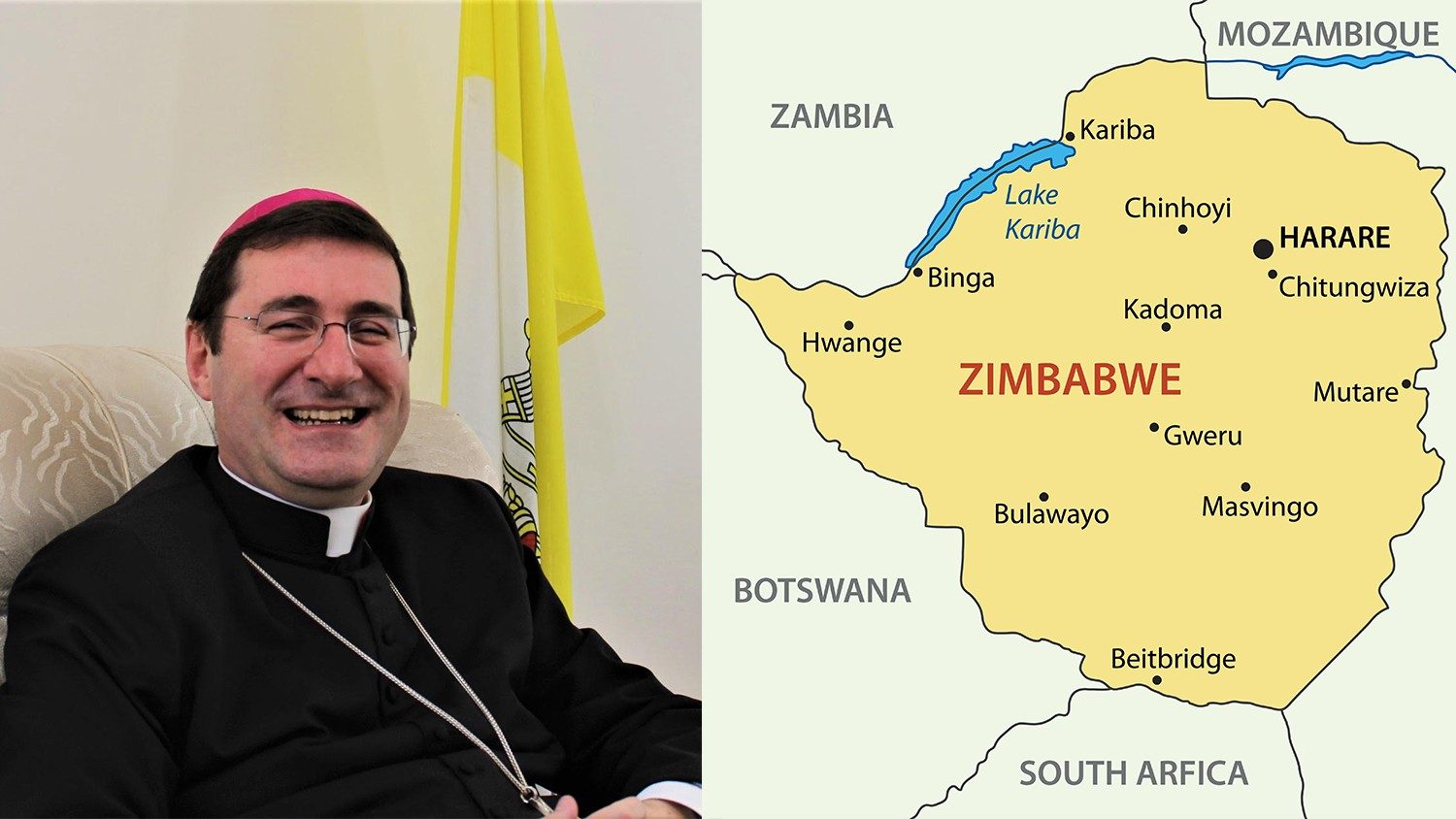 The National Coordinator for Communications at the Zimbabwe Catholic Bishops’ Conference (ZCBC), Brother Alfonce Kugwa, based in Harare, spoke to the Apostolic Nuncio to Zimbabwe, Archbishop Paolo Rudelli. Below are highlights from the interview. The Apostolic Nuncio outlines Pope Francis’ various interventions during the global crisis of the Coronavirus pandemic. He also draws attention to Pope Francis’ call to a just world order where people live as brothers and sisters. Archbishop Rudelli first underlines the aspect of prayer

In this time of trial and suffering, the Pope has been leading the world in prayer. We all remember Pope Francis standing alone in St. Peter’s Square on the evening of 27 March. The Pope was alone, but the entire world was there. He echoed the cry of the Apostles in the boat: “Lord, we are perishing”. At the same time, he invited us to meditate on Jesus’ answer: “Why are you afraid? Have you no faith?” “The Lord, said the Pope, asks us and, in the midst of our tempest, invites us to reawaken and put into practice that solidarity and hope capable of giving strength, support and meaning to these hours when everything seems to be floundering.” And he added, “prayer and quiet service: These are our victorious weapons.” We can also remember the Pope celebrating the Easter liturgies in an almost empty St. Peter’s Basilica. Also in other initiatives, like the interreligious Day of Prayer for Humanity, celebrated on 14 May, the Holy Father invited people of all creeds to have a day of prayer, fasting and works of charity, to beseech God the Almighty to safeguard the entire world and to help us to foster human fraternity.

Together with prayer, there is the “quiet service,” as the Holy Father called it, the necessity to strengthen solidarity. We have to recognise that this time of suffering has also been, all over the world, a time of incredible acts of generosity and self-denial. We can think of the engagement of doctors and nurses, but also of all the people that allowed our societies to continue to work in this extremely dire situation: Shops, the transport system and social services. In many countries, people have put their lives at risk in order to make the life of others possible.

Also, in this field of solidarity, Pope Francis led by example. He promoted an extraordinary effort in order to give to all Churches, particularly in poorer countries, a sign of his presence and charity. These contributions, although modest compared to the necessities of the different countries, represent a huge sum if we put them together. Concretely, speaking about Zimbabwe, I have to mention first of all the donation of US$100 000 which the Pope sent last June to the Zimbabwe Catholic Bishops’ Conference (ZCBC) through the Dicastery for the Promotion of Integral Human Development. This was a grant for humanitarian purposes, meant to meet basic needs, like food for the people impoverished by the pandemic. This was divided among the country’s eight dioceses. The Pontifical Mission Societies, on the other hand, always on behalf of the Pope, established in Rome a special fund to help local churches in their pastoral activities. We know that even the life of parishes and other Catholic institutions all over the world has also been severely affected by the lockdown. Around US$20 000 was distributed among the Zimbabwean dioceses. Then, the Holy Father granted help in the specific field of health care. In April, through the Apostolic Nunciature and thanks to the assistance of the ZCBC’s Health Commission, a quantity of sanitisers and PPEs reached all the Catholic health institutions in Zimbabwe. To that we have to add the donation of two Non-Invasive Ventilators, many infrared thermometers and other PPEs, sent, always on behalf of Pope Francis, by the Papal Almoner Cardinal Krajewski. Finally, the Papal Foundation in Rome, funded by Catholics in the United States, is considering a couple of COVID-19 related projects for our country. In total, the assistance channelled from the Holy Father is worth around US$200 000. More than its economic value, it is important to underline that all this is a living sign of the universality of the Catholic Church. This donation has been, in fact, possible, because many Catholics in the world supported the Pope’s charity. And, speaking about the role of the Catholic community worldwide, we do not have to forget that an even greater amount of assistance reached Zimbabwe from Catholic charities of countries like, among others, German, Italy, Spain, England, the United States. It is worth noting that people that have been severely affected by the pandemic, like the in the case of European countries, have been so generous in supporting the needs of brothers and sisters in other nations.

Call for a just world order

Along with prayer and charity, a third element has marked the activity of Pope Francis in this time of pandemic; His call to action for building a more just world. The pandemic, said Pope Francis, has revealed that our world is sick because of another virus that is the virus of selfishness. The present economic system continues to increase inequalities at world level, raise poverty and destroy our common home, the earth. If we really want to overcome the COVID-19 pandemic, we also have to reflect on which kind of economic order we want to build. Pope Francis created in the Vatican a commission in order to reflect and give concrete input on these topics.

In this context, Pope Francis has asked the Vatican diplomacy to advocate, in the international community and at the UN level, for a number of concrete goals, in order to alleviate the consequences of the pandemic. The concrete goals being advocated for include full accessibility of vaccines; restructuring, or even forgiveness of debt for poor countries; access to humanitarian and health assistance for those most in need, including migrants and the opportunity to reconsider economic and trade block or sanctions. Pope Francis has also endorsed the UN Secretary General’s call for a world ceasefire during this difficult period.

The Papal representative stressed that prayer, charity, and action for building a better world were at the centre of Pope Francis’ heart. He said these are the three main engagements Pope Francis took in the time of the pandemic, and he is inviting Catholic communities all over the world to embrace these three principles.

FacebookTwitterPinterestEmailLinkedIn
Pope: Sept. 4, day of prayer, fasting in solidarity with LebanonPope Francis calls for solidarity at first audience with pilgrims after lockdown