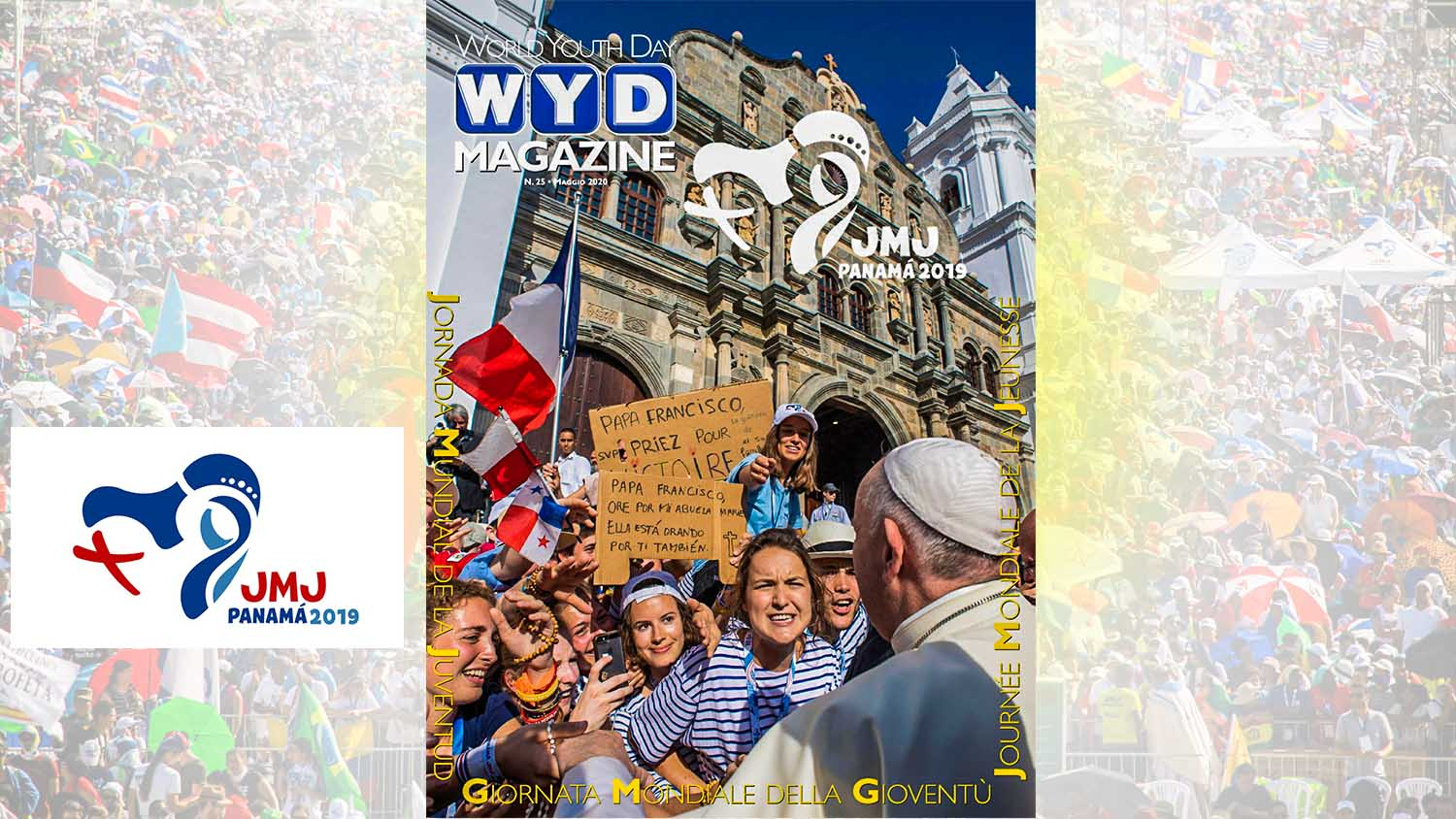 For the past thirty years, the Vatican’s World Youth Day Magazine has been an official souvenir of the fruitful dialogue between the Holy Father and young people at the international events.

The last World Youth Day (WYD) took place in Panama City, January 22 to 27, 2019.  The latest edition of the World Youth Day Magazine is available as of June 19 on the website of the Dicastery for the Laity, Family, and Life, the Vatican dicastery that oversees the organization of the youth event.

It documents the event’s development with a wide selection of images and with brief but incisive texts.  The purpose is to inspire again millions of young people who have participated in WYD by reminding them of their experiences, encounters and the highlights of the event. Those who have not yet participated in WYD may be inspired to attend one in the future.

The 25th edition of the magazine marks the start of the souvenir’s online edition. It echoes the exhortations of the Pope and the testimonies given by the young people who attended the event.

There is also a section dedicated to the conference, “Youth for Our Common Home: Ecological Conversion in Action”.  The third meeting of the conference was held in Panama.  The conference aims to offer a deeper understanding of and living out Pope Francis’s 2015 Encyclical, Laudato si’, and safeguarding creation.

World Youth Day was the brainchild of Saint Pope John Paul II.  After noting two successful international gatherings with young people in Rome in 1984 and 1985, he instituted it in December 1985.

Since then, WYD has been celebrated each year on Palm Sunday at the diocesan and local levels across the Church worldwide.

Every two or three years, WYD is celebrated internationally at a venue chosen by the Pope, where young people from around the world come together around the Holy Father.

The Portuguese capital, Lisbon, has been chosen as the venue of the next WYD scheduled for August 2022.  However, due to the Covid-19 pandemic, on April 20, the Vatican postponed it by a year to August 2023.

Share on FacebookShare on TwitterShare on PinterestShare on EmailShare on LinkedIn
Catholic bishop: the Sacred Heart ‘illumines a path in the darkness’Cardinal Sarah remains head of Vatican liturgy department after 75th birthday