With a father’s heart 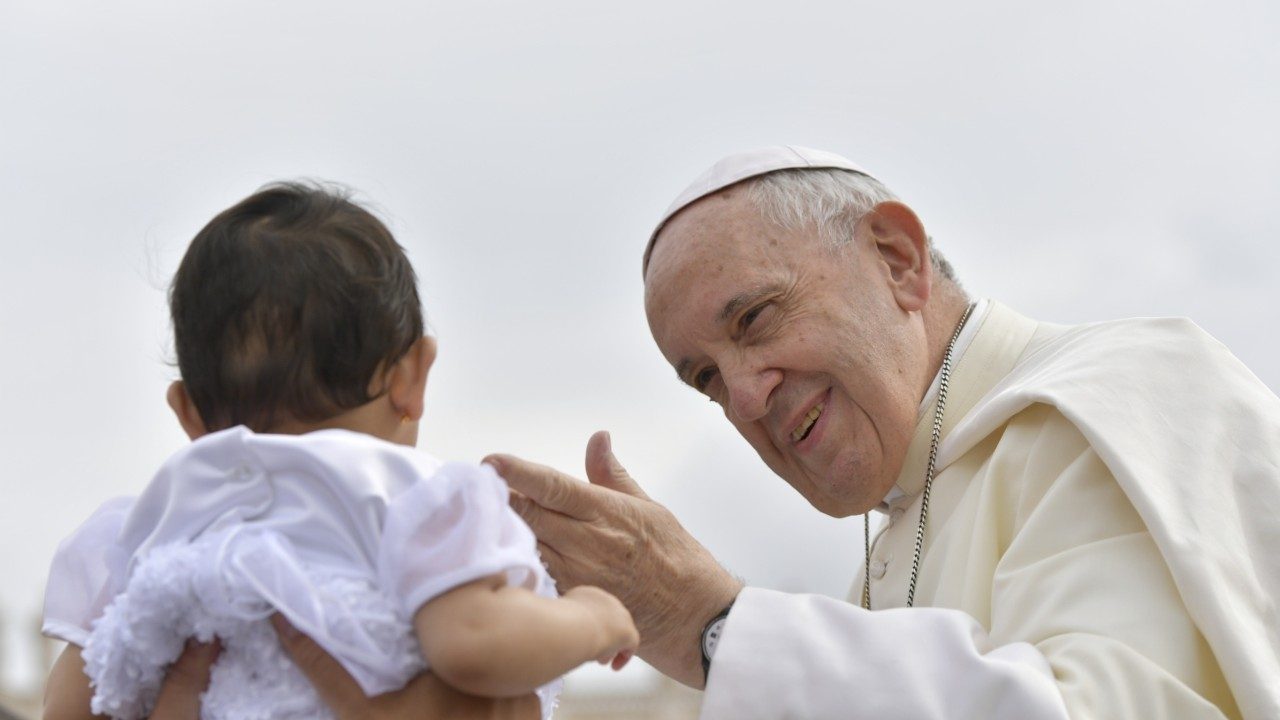 When we read Patris Corde we asked ourselves how we could have enhanced this Letter which not only celebrates an anniversary, however important, the 150th anniversary of the proclamation of Saint Joseph as Patron of the universal Church, but is linked to a special Year dedicated to the figure of the Bridegroom of Mary, and therefore traces a path on which we are invited to proceed. The text of this Letter is as short as it is profound, similarly to what happens in the Gospels with the figure of Joseph to whom a few words are dedicated but each one precious and fruitful. Reading “Joseph according to Francis”, the heart widens and at the same time the gaze on paternity widens, perhaps never so faded, so in crisis as it is today, yet precisely for this reason never so much in need of being re-understood and reaffirmed.

It seemed to us that a monthly column [printed in the daily L’Osservatore Romano], therefore, marked by a slow time in a world that runs faster and faster, losing the taste for many things, could respond to this need. A column that wants to be a small contribution of reflection and deepening on what Pope Francis wants to communicate to us with the heart of a father.

However, we did not want this monthly appointment to be characterized by an erudite, specialized analysis, but rather that this meditation given by the Pope on Saint Joseph, could be woven with the practical life of people, that it could be linked to the joys and labours of fathers and children, but also of mothers because there can be no paternity without sonship, nor paternity without maternity.

In the succession of the appointments in the column, we will be guided by the text of Patris Corde in an attempt to “make Joseph of Nazareth dialogue” with the fathers of our time. So every month — starting from April and until next October — the text of each chapter will be re-proposed, published in its entirety or in large excerpts [in the daily edition of L’Osservatore Romano]. For the launch of the column, we propose the introduction of the Letter again. The chapter titles themselves will be the signals that will give direction to the column. Life is the comparison of words, we read in a passage from The Betrothed”, beloved by Pope Francis. In some way, the testimonies — through articles and interviews — that we will publish seek to be precisely the sign of that life which is the comparison, the “verification” of the words written in Patris Corde. A new perspective, therefore, to read or reread the Letter. A hypertext, we would say today, originated from the experience of those who found in the figure of Saint Joseph a support in the trial or the source to draw from to find that “creativity of love” to which the Pope has often asked us to resort, especially in this cramped time marked by the pandemic. And after all, a father with creative courage is precisely one of the ways in which the Pope defines him in Patris Corde.

Our readers will therefore be able to meet Joseph through the text of the Letter and the articles that will accompany it from time to time. It will be a way to listen to the man of dreams, another dimension, that of the dream, often recalled by Francis who inseparably connects it to the dimension of prophecy. Joseph is the man of ready and docile availability to the will of the Lord. He is the bridegroom who guards the most precious thing that has been entrusted to him. He is the father whose heart — as Anna Maria Canopi wrote — watches over, even in sleep. But he is also the man who knows how to make firm decisions and carry them through to protect Mary and the Child. Indeed, he knows, as the Psalm says, that “the Lord knows the way of the righteous” even if this may seem uncertain and risky. Joseph is the father who acts in the shadows and in silence. As a counter-current example, and not just for fathers, in a world that seems to obsessively repeat to us that in order to “realize ourselves” we must sit in the front row and have the last word. However, Joseph is above all the man who joyfully lives obedience to the Father because he knows that only in this way can love find its perfect fulfilment.

Share on FacebookShare on TwitterShare on PinterestShare on EmailShare on LinkedIn
Hong Kong Calvary 2021Podcast: Why does God allow suffering? And why are our attempts to figure it out inadequate?