Home Test page Who are the Christians of Iraq? A long history in a nutshell

Who are the Christians of Iraq? A long history in a nutshell 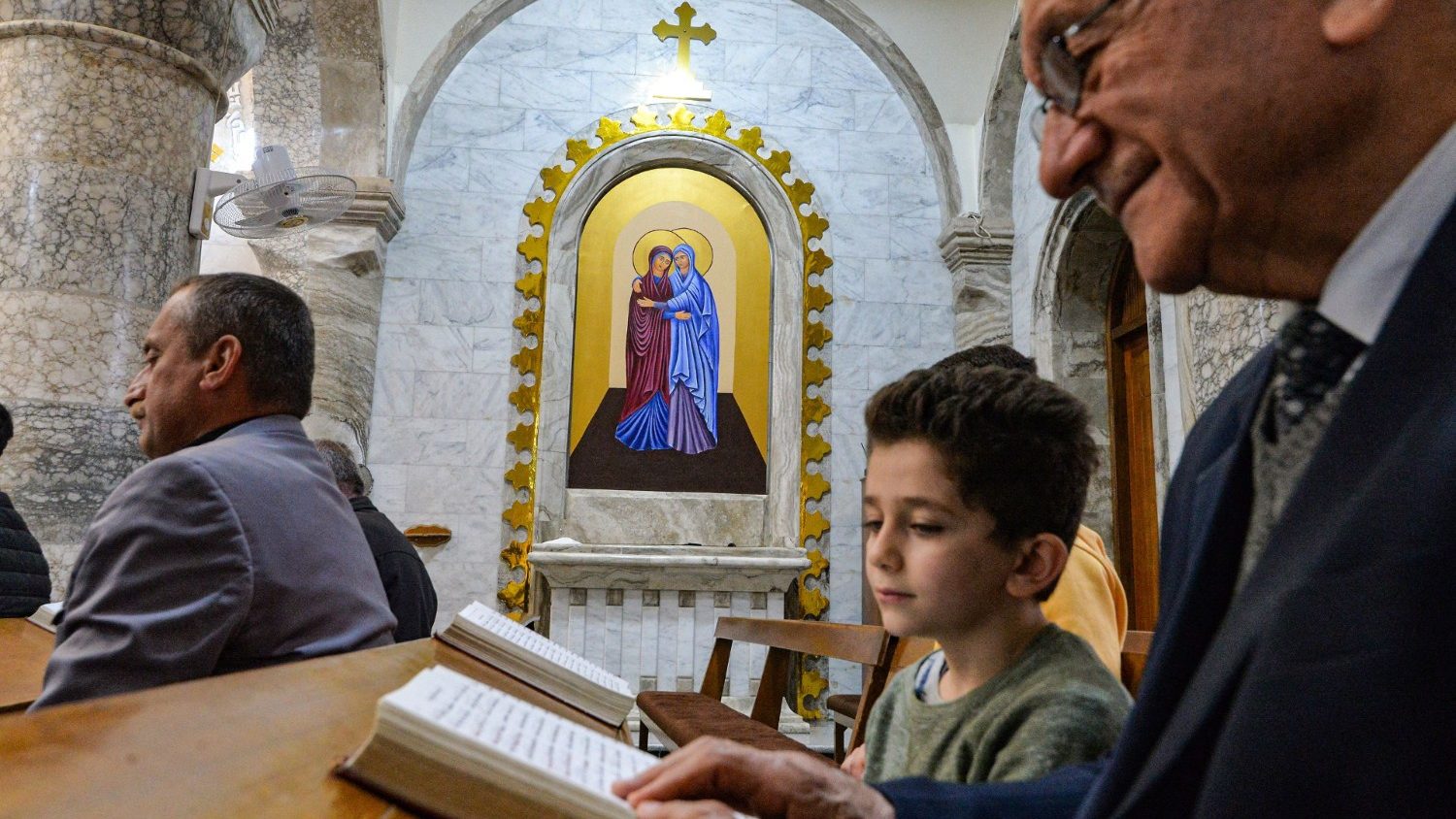 Modern Iraq covers most of the area of ancient Mesopotamia, which was home to the East Semitic Assyrian and Babylonian empires.

The Old Testament records the fall of Nineveh, the capital of Assyria (612 BC), as well as the invasion of Babylon by Cyrus the Great of Persia (539 BC). After a period of Greek rule following the conquests of Alexander the Great (4th to 2nd centuries BC), Mesopotamia again fell under Persian (Parthian) rule at the time of Jesus and the Apostles.

Aramaic was the main language spoken in the entire area at the time the Son of God walked the earth. A close relative of Hebrew, Aramaic was the language of the ancient West Semitic Arameans, who brought it to Mesopotamia from what is now Syria. With its handy alphabetic writing, Aramaic gradually replaced Assyrian and Babylonian cuneiform, becoming the lingua franca of the Middle East. It is still spoken today by many Iraqi Christians.

When and how did Mesopotamia become Christian?

We know that there were Parthians and Mesopotamians—ancient Iraqis—present in Jerusalem at Pentecost (Acts 2:9). And it is possible, if not probable, that some knowledge or version of Christianity made its way to what is now Iraq during the lifetime of the Apostles. Tradition identifies the apostles of Mesopotamia as Addai and Mari, after whom the ancient liturgy of the Church of the East is named.

The Teaching of Addai, an important document from around 400 AD, suggests that miracles (such as healings), reasoned arguments (against polytheism), and new ethical standards laid the groundwork for the spread of Christianity throughout Mesopotamia. As happened in the West, the blood of martyrs also proved to be the seed of the Church in this region.

“The Church of the East” refers to the church that organized itself in the Persian empire. Under the Zoroastrian Persians, Christians were sometimes cruelly persecuted, while at other times they enjoyed recognition as a respectable, minority religion.

The Church of the East, with its patriarchs residing at the Persian capital, Seleucia-Ctesiphon, held its own Councils in the early 5th century.

At these Councils, the Church accepted the Nicene Creed but ended up asserting its independence from the Western Church for political reasons. These included loyalty to the Persian shah, who was often at war with the neighboring Byzantines.

From the 5th to 6th centuries on, the Aramaic-speaking or Syriac Christians of Iraq were split into two groups, following the Christological controversies concerning the union of the human and divine natures in Christ.

The Eastern Church, which did not attend the Council of Ephesus (431) or endorse its condemnation of Nestorius, received the name “Nestorian”. Another faction, called “Jacobite” (after Jacob Baradaeus), was born out of the Syrian-Antiochene Monophysite rejection of the Council of Chalcedon (451).

Besides their theological differences, the Syriac script and dialects also diverged, contributing to the development of the West Syriac (Jacobite) and East Syriac (Nestorian) literary and liturgical traditions.

In the Middle Ages, during the Islamic Abbasid empire, the Nestorian patriarchs resided in the new capital, Baghdad. Here, they were close to the caliphs, with whom the patriarchs sometimes engaged in interreligious dialogue and debate. The most famous example of this is the dialogue which Patriarch Timothy I held with the caliph Al-Mahdi.

After periods of Mongol, Turkoman, and Safavid rule, Mesopotamia fell under the Ottomans, whose empire lasted until the First World War in the early 20th century.

It was in this period that the East and West Syriac Uniate Churches – the Chaldean Catholic Church and the Syriac (or Syrian) Catholic Church, respectively – were formed.

The Syriac Catholic Church was created when a Jacobite patriarch united with Rome in the 18th century. The Bishops who did not join the union formed the Syriac Orthodox Church.

Today’s Chaldean Catholic Church dates back to 1830, when the historical patriarchate of the Church of the East was united with an earlier Chaldean branch created in the 17th century.

To put it briefly, Iraq has a uniquely rich Aramaic and Syriac Christian history.

In this land are found two West Syriac and three East Syriac communities, as well as two Uniate and three non-Uniate Churches.

And no mention has been made to the other ethnic (Armenian and Coptic) and Protestant minorities!

Yet, during persecutions, pandemics, and papal visits, Iraqi Christians will certainly resonate with Jesus’ words: “You are all brothers” (Mt 23:8).

Share on FacebookShare on TwitterShare on PinterestShare on EmailShare on LinkedIn
Meet Don Alberto, Italy’s new YouTube sensationBurmese cardinal: ‘Innocent blood may not be spilt on this land’