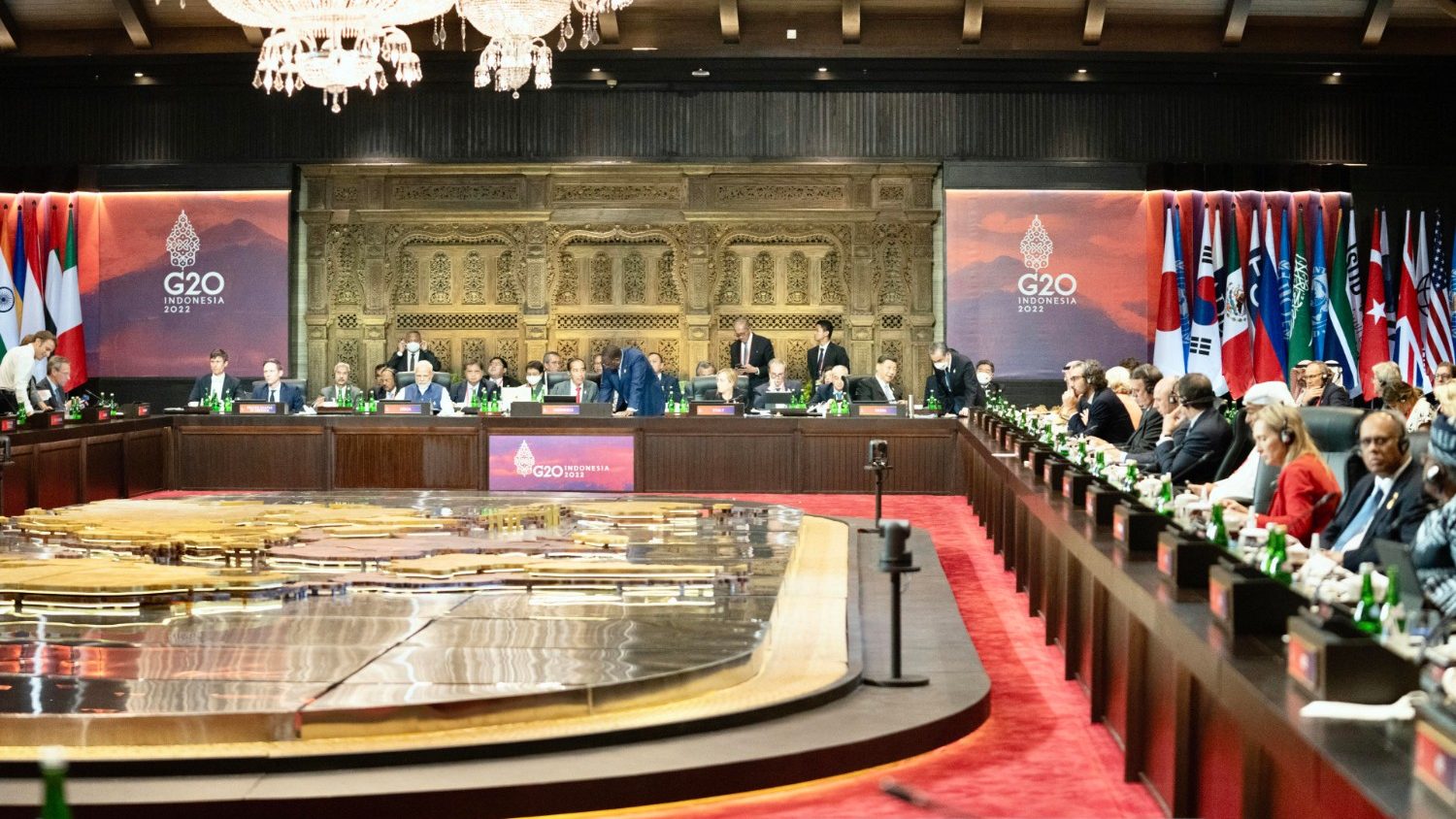 Russia pounded Ukraine with a barrage of missiles on Tuesday, striking targets across the country and causing damage to energy infrastructure which in turn, have caused widespread blackouts.

Several villages, including Lviv in the west and Kharkiv in the northeast, among others, reported strikes or efforts by their defenses to shoot missiles down.

Reports also say that a missile fell on the Polish town of Przewodów, near the border with Ukraine, killing two people. The blast sparked speculations about the possible escalation of Russia’s war in Ukraine into the territory of NATO member Poland.

Meanwhile, world leaders continue to meet at the G20 summit taking place in Bali, Indonesia, against a backdrop of geopolitical tensions spurred by the war in Ukraine, and economic challenges in several parts of the world. Several leaders stressed the importance of joint efforts toward peace in their addresses to the summit on its first day.

NATO and the Group of Seven, which met on the sidelines of the G20 summit in Bali, issued a statement condemning the “barbaric missile attacks that Russia perpetrated on Ukrainian cities and civilian infrastructure on Tuesday.”

“We reaffirm our steadfast support for Ukraine and the Ukrainian people in the face of ongoing Russian aggression, as well as our continued readiness to hold Russia accountable for its brazen attacks on Ukrainian communities, even as the G20 meets to deal with the wider impacts of the war,” the statement read.

NATO and G7 leaders also expressed their support for and assistance with Poland’s ongoing investigation into the explosion in the east near the border with Ukraine, and agreed to  “remain in close touch to determine appropriate next steps as the investigation proceeds.”

However, US President Joe Biden said that initial information on the explosion suggests that the “Russian-made” missile which came down in Poland may not have been fired from Russia.

The importance of Peace

Sylwia Tubielewicz Olejnik, the director for international cooperation and economic development for the Kujawsko-Pomorskie region of Poland, spoke to Vatican News. She is in Indonesia for the G20 summit.

Olejnik reiterates the importance of insisting on peace – not only at the G20 or B20 events – but everywhere, highlighting the link between “peace, people, partnership.”

She stressed that peace should not only be considered because of Russia’s aggression in Ukraine,  but also because the war affects the rest of the world. In this regard, she pointed to the current grain shortages which have been directly linked to the ongoing war, as well as the challenges faced by countries that depend on products from Ukraine.

Reflecting further on the war, she highlighted her country’s response of providing support and aid to thousands of Ukrainians who had to flee their country through Poland because of the fighting.

“We remember the Second World War and we cannot understand how it is possible that only 78 years after that big, dramatic war this situation is happening again,” she said.

While investigations continue about the explosion in the Polish border town, she invited people to follow the recommendations of the authorities while we wait.

“My message is quite simple,” she says: “Avoid war, because it is not the way for conversation. We are the same everywhere, we have the same needs so let us try to understand other people.”

Share on FacebookShare on TwitterShare on PinterestShare on EmailShare on LinkedIn
Séamus Ahearne: ‘Dance as though no one is watching you. Sing as though no one can hear you. Live as though heaven is on earth. ’Pope Francis’ prayer advice: Just be with Jesus ‘without ulterior motives’