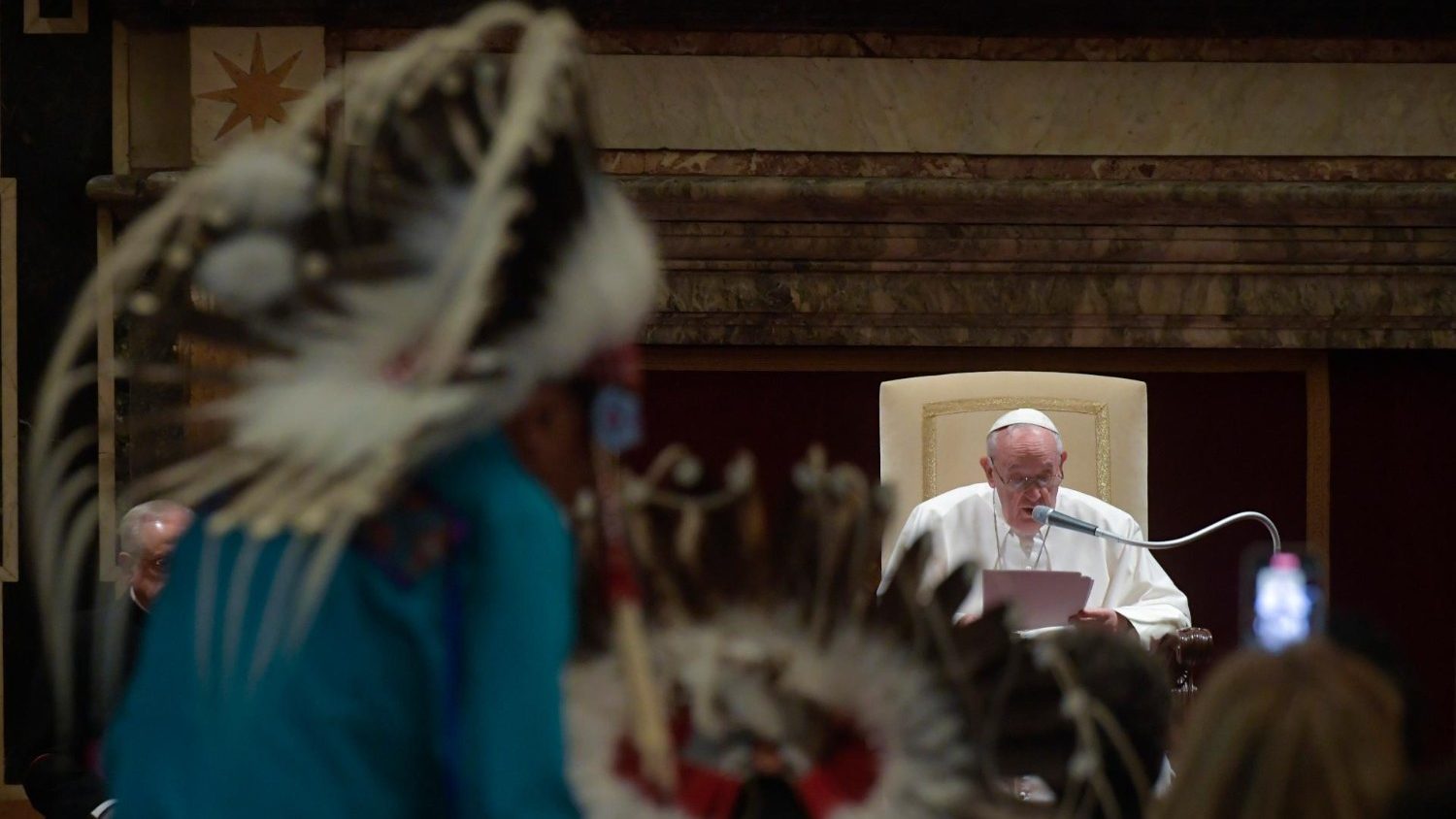 With just over one month to go before the Pope is scheduled to depart for his Apostolic Journey to Canada, the Vatican Press Office on Thursday released details of the visit.

The Pope is set to depart Rome’s Fiumicino Airport on the morning of Sunday, 24 July, and receive an official welcome to Canada at Edmonton International Airport that same day.

His first public events start on Monday, 25 July, with a meeting with Indigenous Peoples: First Nations, Métis and Inuit in the city of Maskwacis, around 70 kilometers north of Edmonton.

He then returns to Edmonton to meet in the afternoon with Indigenous Peoples and members of the parish community of the Sacred Heart.

On Tuesday, 26 July, Pope Francis celebrates a public Mass at the Commonwealth Stadium in Edmonton, before traveling outside the city to Lac Ste. Anne, where he will participate in a pilgrimage and Liturgy of the Word.

The Pope wraps up his visit to western Canada on Wednesday, 27 July, departing for Quebec City.

He will receive an official welcome from the Governor General of Canada and meet with the Prime Minister. Afterwards, he meets with civil authorities, representatives of Indigenous Peoples and members of the diplomatic corps.

Thursday, 28 July, sees the Pope celebrate a public Mass at the National Shrine of Saint Anne de Beaupré. In the afternoon, he prays Vespers with bishops, priests, deacons, consecrated persons, seminaries, and pastoral workers at the Cathedral of Notre Dame.

On Friday, 29 July, Pope Francis holds a private meeting with members of the Society of Jesus at the Archbishop’s Residence in Quebec, before meeting with a delegation of Indigenous Peoples at the same venue.

He then flies to Iqaluit, the capital city of the Canadian territory of Nunavut. The Pope meets there privately with students of the former residential schools at the primary school in Iqaluit.

His final public event is a meeting with young people and elders at the same school.

Pope Francis departs from Iqaluit Airport on Friday afternoon and is scheduled to land at Rome’s Fiumicino Airport on Saturday morning.

Share on FacebookShare on TwitterShare on PinterestShare on EmailShare on LinkedIn
Sr. Brigitte Flourez: Returning to the wellsprings to strive aheadEfforts underway to aid Afghanistan earthquake victims