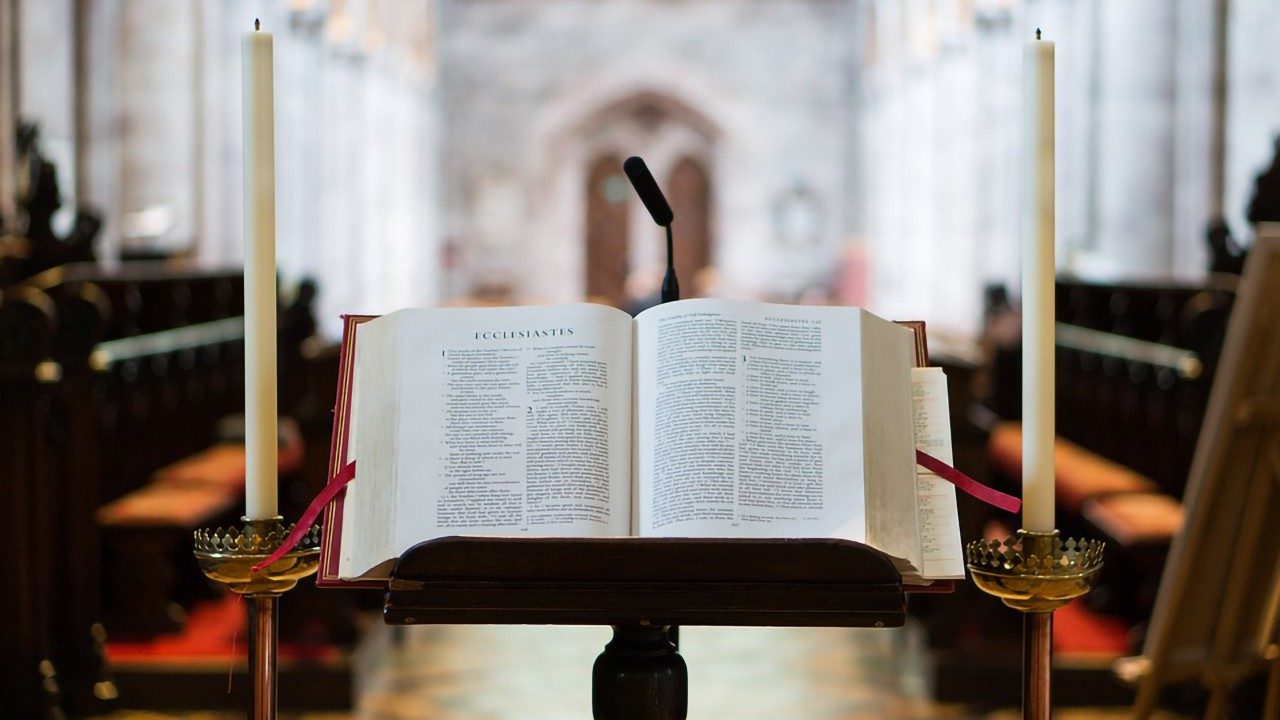 A new decree from the Congregation for Divine Worship aims at highlighting the responsibilities of bishops’ conferences in the “great task” of completing the complex project of translating the Latin liturgical texts into vernacular languages.

That is the explanation given by Archbishop Arthur Roche, the Congregation’s new prefect, illustrating the Decree Postquam Summus Pontifex, implementing the motu proprio Magnum principium in which Pope Francis modified canon 838 of the Code of Canon Law. The text of the new decree, published on the liturgical memorial of St John Paul II, interprets and clarifies how the changes made by Pope Francis, which affect the competencies of the bishops and of the Congregation, are to be implemented.

Postquam Summus Pontifex recalls that “since the main responsibility” with regard to liturgical translations “lies with the Bishops, the Episcopal Conference must take on this task directly, with the necessary collaboration of suitable persons, including experts trained in the translation of liturgical Latin.” The aim is “to guarantee that the correct and integral expression of the faith of the Catholic Church in a given language is transmitted according to her teaching and with the appropriate vocabulary.”

The Dicastery for Divine Worship is then responsible for recognitio and confirmatio of the work of the bishops. The recognitio consists in a review of what has been approved by the Bishops’ Conference and of the legitimacy of the procedure followed, “taking into account the reasons dictated by the culture, and tradition of a country and by pastoral needs.”

The confirmatio consists “in the ratification given by the Apostolic See to the translation of biblical and liturgical texts, after having ascertained the legitimacy of the approval procedure followed by the Episcopal Conferences.”

In an October 2017 letter on the correct interpretation of Motu proprio, Pope Francis had specified that the new legislation now grants the Bishops’ Conferences the faculty to judge the goodness and consistency of translations from Latin, “albeit in dialogue with the Holy See.” The recognitio, he explained, “indicates only the verification and safeguarding of conformity with the law and the communion of the Church,” which “should not lead to a spirit of ‘imposition’ on the Episcopal Conferences of a given translation made by the Dicastery, since this would harm the right of the bishops.” He further noted that the confirmatio “no longer presupposes, therefore, a detailed word-by-word examination, except in obvious cases that can be presented to the bishops for their further reflection.”

Your Excellency, this implementing Decree sheds light on what was established in 2017 by the Pope’s Motu proprio Magnum principium (3 September 2017). Before going into the details of the Decree, may we recall in brief what the Motu proprio established?

In summary, we can say that the Motu Proprio Magnum principium changed the formulation of some norms of the Code of Canon Law that have to do with the publication of liturgical books in vernacular languages. For this reason, a series of modifications have been made to the text of canon 838, specifically to paragraphs 2 and 3. The Motu Proprio itself recalls and sets out the basic principles for the translation of liturgical texts which, as the prayer of the Church, are regulated by the competent ecclesiastical authority.

Fundamentally the aim is to make collaboration between the Holy See and the Bishops’ Conferences easier and more fruitful. The great task of translation, especially translating into their own languages what we find in the liturgical books of the Roman Rite, falls to the Bishops. This task is a great responsibility because, thanks to these translations, the revealed word can be proclaimed and the prayer of the Church can be expressed in a language which the people of God can understand.

What are the relevant and substantive points of the implementing decree?

This implementing Decree, which is called Postquam Summus Pontifex and is dated 22 October, the memorial of Pope Saint John Paul II, presents the norms derived from the modifications contained in Magnum principium. It should be especially underlined how it clarifies and defines these norms with regard to the publication, recognitio, and confirmatio of the liturgical books, which is a common task of the Episcopal Conferences and the Apostolic See.

This Decree consists of an Introduction and two parts; the first part presents the norms and procedures to be taken into account when publishing liturgical books, both for their translation and for the introduction of “more radical” adaptations, as envisaged in number 40 of Sacrosanctum Concilium.

In the light of this reform — and of the clarifications that Pope Francis wrote in his letter of October 2017 — how is the relationship between the Congregation for Divine Worship and the individual Bishops’ Conferences developing on the subject of translations of liturgical texts into vernacular languages?

On the other hand, our Dicastery is responsible for reviewing (recognitio) the adaptations approved by the Episcopal Conferences and confirming (confirmatio) the translations made. This is always to take place in a climate of collaboration and dialogue that favours the liturgical life of the Latin Church, as Pope Francis himself pointed out in Magnum Principium.

In the four years since the publication of the Motu proprio, how can its application be assessed?

My experience in these years as Archbishop Secretary and, since a few months ago, as Prefect, has been very positive and also very enriching. In our daily work we see the universality of the Church and, at the same time, the uniqueness of each church.

The Bishops, as moderators, promoters, and custodians of liturgical life in their particular church, have a great sensitivity, due to their theological and cultural formation, which enables them to translate the texts of Revelation and the Liturgy into a language that responds to the nature of the People of God entrusted to them.

Taking into account what the Motu Proprio indicates and in the light of this implementing Decree, our Dicastery wishes to be, as the Holy Father desires, an instrument at the service of the universal Church. All this can be summed up by saying that at the heart of this change is the desire to bring God’s people closer to the liturgy and the liturgy closer to them.