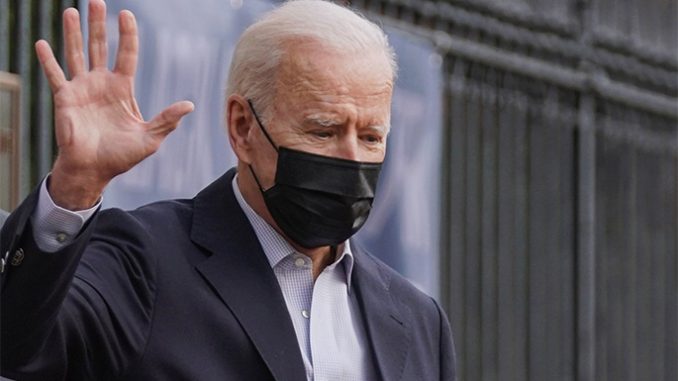 The U.S. Catholic bishops’ pro-life chairman is expressing disappointment with President Biden as his administration reverses a Trump-era rule that restricted funding over abortion.

The archbishop reacted to the administration’s reversal of the “Protect Life Rule,” which barred tax dollars from Title X recipients that provide or promote abortion and required Title X clinics to be physically separate from abortion clinics. A federal program, Title X subsidizes family planning services, including contraceptives, for low-income communities.

“He likes to call himself a devout Catholic. I would urge him to begin to act like one, especially on the life issues,” Archbishop Joseph Naumann said. “And to let his faith really inform his conscience and the decisions that he’s making, not the platform of his party.”

President Biden has repeatedly demonstrated support for abortion. After decades of backing the Hyde Amendment, which barrs taxpayer funding from going toward abortion, he switched his position while running for president. More recently, in the wake of Texas’ new abortion law, he confirmed that his administration is “deeply committed” to abortion as a constitutional right. According to White House Press Secretary Jen Psaki, the president “believes that it’s up to a woman to make those decisions and up to a woman to make those decisions with her doctor.”

Right now, the archbishop said, the Biden administration is “looking for every opportunity to expand abortion,” and this latest reversal is “just one more casualty along that train.”

In an Oct. 7 statement, Archbishop Naumann stressed that Title X was “intended and authorized to be a program entirely separate from abortion.” Abortion, he concluded, is not family planning. Instead, it wounds women and “takes the life of an already-conceived and growing child.”

Share on FacebookShare on TwitterShare on PinterestShare on EmailShare on LinkedIn
Bishop Braxton: The Catholic Church ‘was largely on the wrong side of history’ on racismGreta Thunberg is 'open' to meeting Biden at UN climate summit