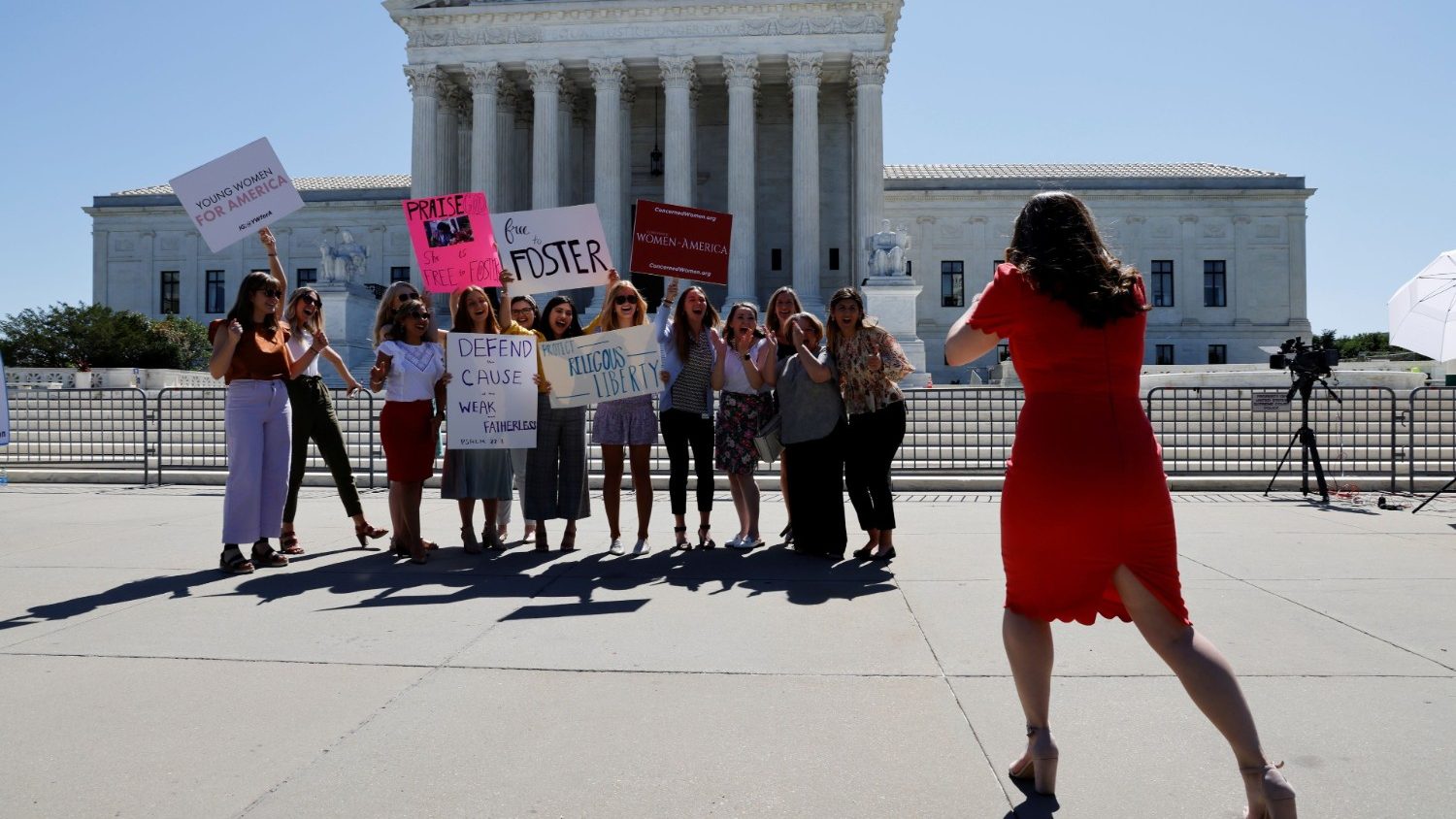 In a rare show of unanimity, all nine justices on the US Supreme Court ruled on Thursday in favor of Catholic Social Services (CSS) in a case related to Catholic teaching on marriage.

Fulton vs. City of Philadelphia dealt with the city’s refusal to renew a contract for CSS to continue its mission of providing foster care services.

The city had failed to renew CSS’ license due to the agency’s refusal to allow unmarried couples and same-sex couples to act as foster parents.

CSS, which is run by the Archdiocese of Philadelphia, sued on the grounds that the city’s refusal violated the Free Exercise Clause of the First Amendment.

In a 9-0 decision released on Thursday, the Justices of the Supreme Court sided with the Catholic agency, saying Philadelphia was forcing CSS to violate its religious beliefs in order to operate.

Chief Justice John Roberts wrote the Court’s Majority Opinion, with which all nine members concurred, and said the city had not applied nondiscriminatory laws in a neutral fashion.

As Justice Roberts wrote, “it is plain that the city’s actions have burdened CSS’s religious exercise by putting it to the choice of curtailing its mission or approving relationships inconsistent with its beliefs.”

Catholic Social Services can therefore continue to deny foster-parent certification to same-sex and unmarried couples while operating in the city of Philadelphia.

Ancient mission of caring for children

Though unanimous, the ruling took the narrow path of saying the city had not fulfilled its neutrality requirements.

The justices left in place a 1990 ruling (Employment Division vs. Smith) which made it difficult for religious groups to be exempted from generally applicable laws.

“One of the first known orphanages is said to have been founded by St. Basil the Great in the fourth century, and for centuries, the care of orphaned and abandoned children was carried out by religious orders,” they wrote.

As the justices pointed out, no same-sex couple had approached CSS to request admission into its foster care system, and that the city of Philadelphia had refused to renew the agency’s contract after a newspaper report.

“Not only is there no evidence that CSS’s policy has ever interfered in the slightest with the efforts of a same-sex couple to care for a foster child, there is no reason to fear that it would ever have that effect,” according to concurring opinion of Justice Samuel Alito.

Despite the unanimous ruling in CSS’ favor, three justices agreed with the ruling but said it did not go far enough to protect religious liberty.

“The Court has emitted a wisp of a decision that leaves religious liberty in a confused and vulnerable state. Those who count on this Court to stand up for the First Amendment have every right to be disappointed,” wrote Justice Alito.

Share on FacebookShare on TwitterShare on PinterestShare on EmailShare on LinkedIn
WHO: 1 in 100 deaths is by suicideCaritas Europa: protect, promote and welcome on this World Refugee Day