US development fund helping religious cope during the pandemic 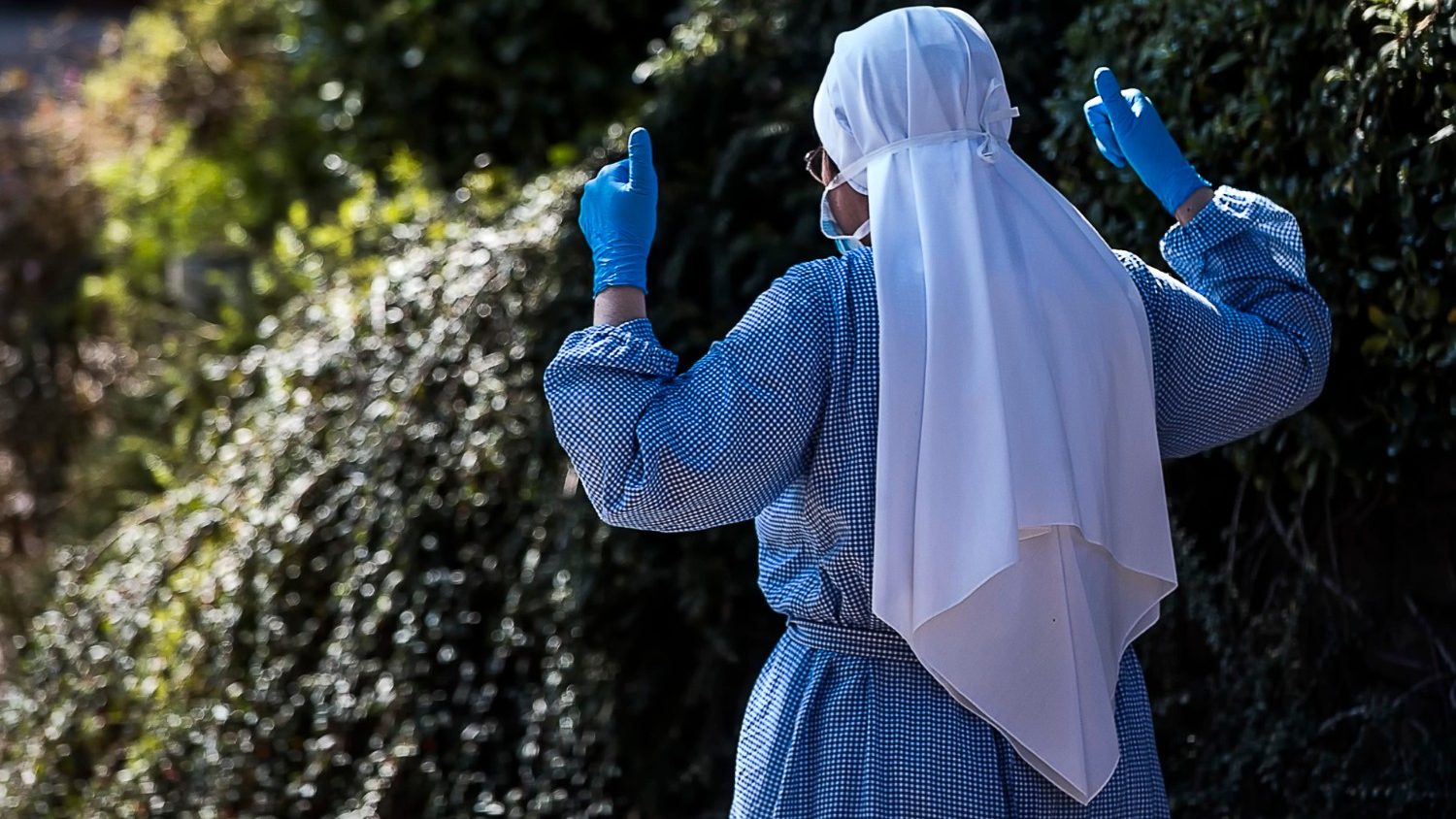 Nuns and religious sisters across the world work on the frontlines of the Covid pandemic in many capacities and have been deeply impacted by the crisis.

They care for people in hospitals, in homes, in parishes, in communities, in shelters and wherever they are called. Their communities have been hard-hit with Covid-19 infections spreading through religious houses and monasteries. Many elderly or frail nuns and sisters have died.

Thanks to the allocation of funds amounting to $900,000 by USAID, the U.S. government agency for international development, much needed financial support has reached people – including religious – struggling to cope.

Here in Rome, a collaborative effort on the part of the US Embassy to the Holy See, the Community of Saint Egidio and the International Union of Superiors General (UISG) has resulted in the distribution and utilization of these funds.

Speaking at a video press conference on Thursday, Sr Patricia Murray, Executive Secretary of the UISG thanked the US Ambassador to the Holy See, Callista Gingrich, for having facilitated the collaboration, and shed light on the reality of so many nuns and religious during this very difficult time:

“In the past when we read about pandemics,” Sr Pat recalled, “especially for example during the time of the Spanish flu, the sisters were very visible and very present on the streets, in the homes and the hospitals. Very early on during this pandemic, we received a letter at UISG from a medical doctor here in Italy who said: ‘Where are the sisters? We need your help!’”

The impact of the pandemic on religious communities

The sisters, she continued are still there: helping in parishes and shelters and many other places of need. However, another reality, she added, is that many of the sisters are today among those most vulnerable to the virus because of their age and frail health.

“During this time of covid, I’m sure you’re all aware of the many deaths that occurred of elderly sisters and priests,” she said.

This is a time to reach out and support those thousands of sisters here in Italy, Sr Pat said, who have been teachers and doctors and nurses and social workers and catechists and pastoral ministers… not only here in Italy, but as missionaries in many different parts of the world.

Today, “many of them are in care homes in their congregations,” she said, “praying for the needs of the world and offering their suffering for those who are fearful or anxious at this time.”

Sr Pat revealed that in her role as Executive Secretary of the UISG she has been very touched by the witness of the sisters “whose lives have been utterly changed and who live with the same fears and anxieties as others.”

Drawing on their faith and praying for the world

“They draw on their faith in Christ and they also rely on the goodness of others to help them in this difficult time,” she said.

She noted that the nuns and sisters are certainly not living in some protected situation, but are fully immersed in the current reality.

She said many elderly sisters have lived in isolation during this time, “even within their religious communities, often separated from those who are in active ministry, and who work outside the community and must self-isolate when they return home.”

“This period of isolation has cut them off from members of their parish, their families and their friends, and they look to find new ways to connect like everybody else,” she said.

In many religious communities, she continued, it is a small number of sisters who are well enough, who look after the others.

“I’ve heard of some communities where everyone has tested positive for covid and then it falls to a small group of sisters who are well to care for the sick among them and to do the cooking and cleaning and all the household tasks associated with large institutions,” she said.

The situation, she continued, has been so difficult that some communities have brought in sisters from other parts of the world to care for the elderly and frail members.

Their gratitude, she affirmed, is enormous and they pray for the protection not only of the workers in their facilities but also for those, throughout Italy, who are on the frontlines.

“One sister said to me: I pray to the Lord that he would take me rather than take someone with a young family,” she said.

How the Grant is helping

Sr Pat said the USAID Grant support has allowed Italian Communities of Sisters to purchase the cleaning materials and the protective materials that they require.

It has also given them the capacity to help over 42 communities and different entities, providing safety and protection and care.

The majority of those who are being cared for, she revealed, are elderly sisters, “but they also include women who have been trafficked into Italy, women who have come as migrants and refugees with their young children and are looking for support and help to build a new life.”

Sr Pat concluded quoting the words of Pope Francis from his encyclical Fratelli tutti where he prayed to the Lord of Creation:

“May our hearts be open to all the peoples and nations of the earth. May we recognize the goodness and beauty that you have sown in each of us, and thus forge bonds of unity, common projects, and shared dreams,”

“This collaborative initiative between Saint Egidio and the International Union of Superiors General supported by the US government,” she said, “is a shining example of goodness that can build a common project that recognises the dignity of each person.