US Bishops condemn attack on Capitol and ask for prayers 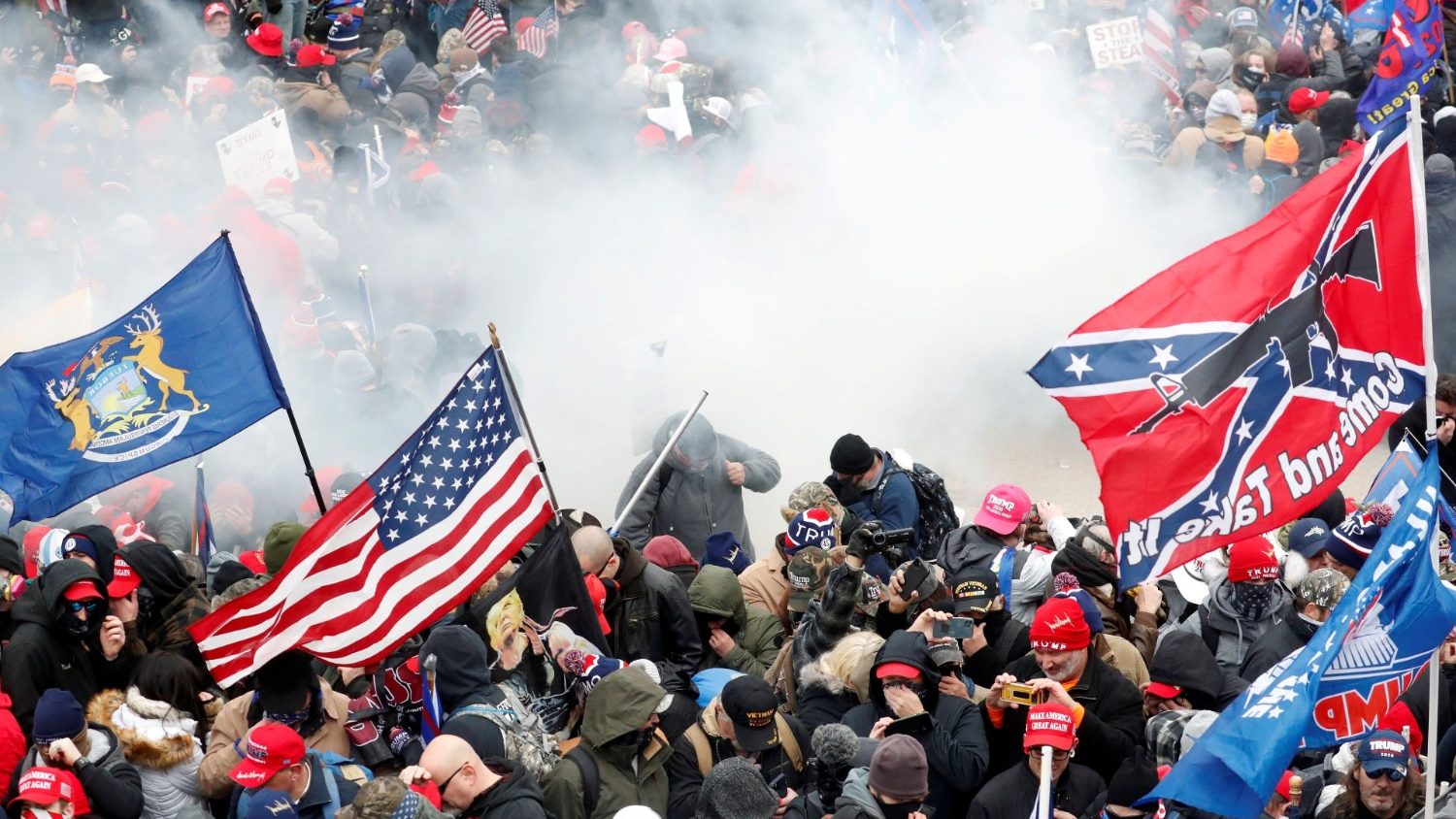 “I join people of good will in condemning the violence today at the United States Capitol” said The President of the US Conference of Catholic Bishops (USCCB) in a statement following violence that engulfed the US Capitol on Wednesday and in which four people died.

“This is not who we are as Americans. I am praying for members of Congress and Capitol staff and for the police and all those working to restore order and public safety, he continued.

Archbishop José Gomez’ statement came after the chaos that ensued after hundreds of President Donald Trump’s supporters stormed the U.S. Capitol on Wednesday in a bid to overturn his election defeat, battling police in the hallways and delaying the certification of Democratic President-elect Joe Biden’s victory for hours.

Police said four people died during the chaos – one from gunshot wounds and three from medical emergencies – and 52 people were arrested.

Appeal to come together as one nation under God

Archbishop Gomez went on to note that the peaceful transition of power is one of the hallmarks of this great nation and that “In this troubling moment, we must recommit ourselves to the values and principles of our democracy and come together as one nation under God.”

Cardinal Wilton Gregory, Archbishop of Washington, also issued a statement following the protests in which he described the United States Capitol as “sacred ground and a place where people over the past centuries have rightly demonstrated, representing a wide variety of opinions.”

“We Americans should honor the place where our nation’s laws and policies are debated and decided.  We should feel violated when the legacy of freedom enshrined in that building is disrespected and desecrated.”

The Cardinal said he is praying for the safety of “elected officials, staffers, workers, protestors, law enforcement personnel, and neighbours to the United States Capitol.”

He asked all men and women of goodwill to pause and pray for peace in this critical moment and urged citizens to change the divisive tone that has recently dominated political conversations.

“Those who resort to inflammatory rhetoric must accept some responsibility for inciting the increasing violence in our nation,” he said, reminding believers that they are called to “acknowledge the human dignity of those with whom we disagree and seek to work with them to ensure the common good for all.”

Archbishop Blase Cupich of Chicago also called on Catholics and on all men and women of goodwill to pray for peace “at this bracing moment in US history, a history that has been marked by one of democracy’s greatest virtues: the peaceful and orderly transition of power.”

A time of national disgrace

In a series of tweets, Archbishop Cupich said that “What has been unfolding at the Capitol today should shock the conscience of any patriotic American and any faithful Catholic.”

“The eyes of the world look on in horror as we suffer this national disgrace,” he tweeted.

He noted that for many months Americans have witnessed “the deliberate erosion of the norms of our system of government” and described peaceful protest is a sacred right, an essential component of social progress over the course of human history, but Cardinal Cupich continued: “Violence is its opposite. Violence in the service of falsehood is worse: Please join me in praying for the woman who was shot during the rioting, and who has died, and for law enforcement who protect us against mob rule.”

The woman who died after being shot is reportedly yet to be identified. More information on the shooting was not immediately available and a police spokesperson said three other people died from medical emergencies during the riot.

Multiple officers were injured with at least one transported to the hospital.

Share on FacebookShare on TwitterShare on PinterestShare on EmailShare on LinkedIn
Venezuelan cardinal: We pray for a happy new year, and push for change in governmentNo one has a right to be surprised about the Capitol violence