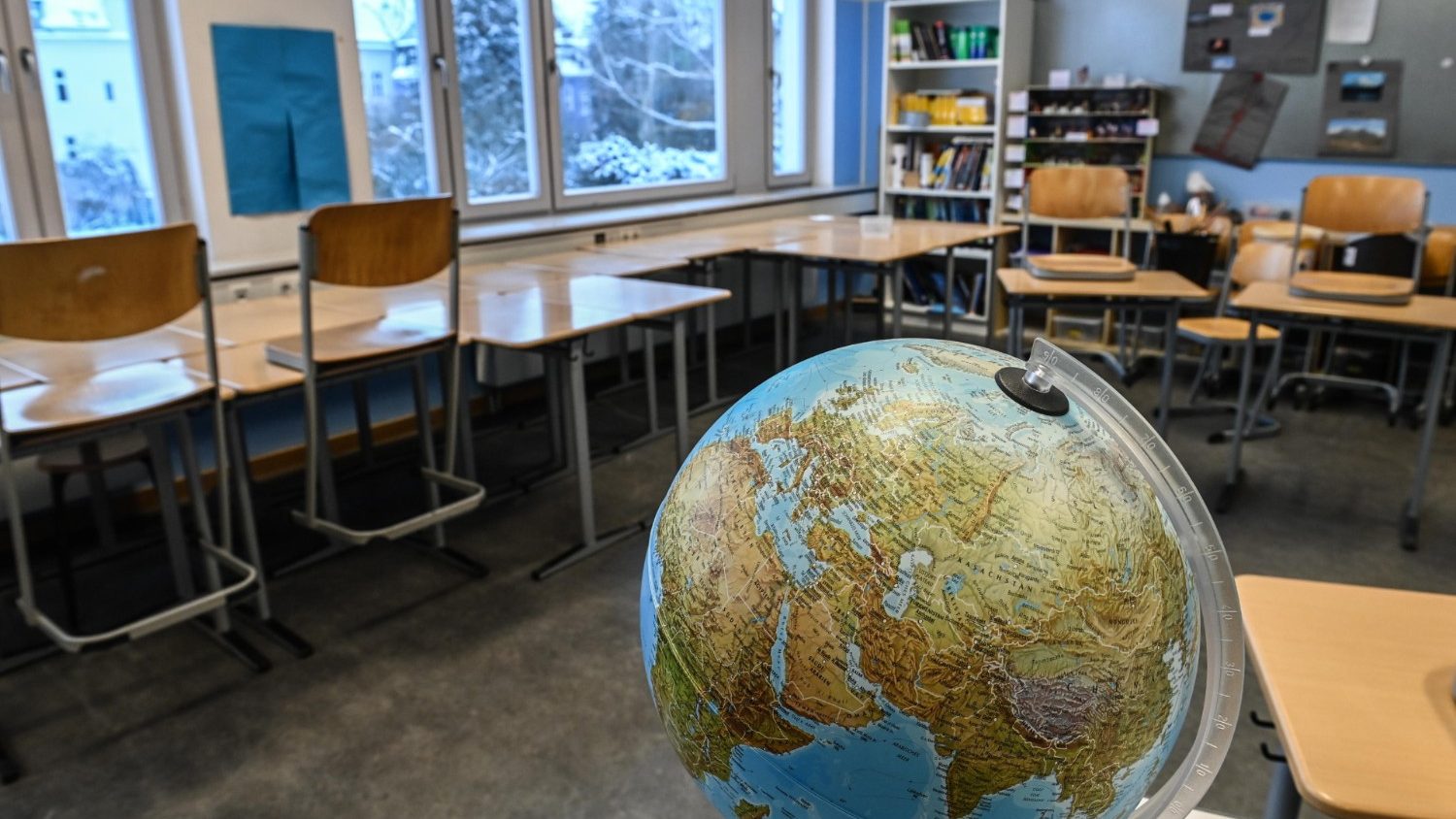 The United Nations children’s fund, UNICEF, is calling on governments to reopen schools as soon as possible, saying school children worldwide have lost 1.8 trillion hours and counting of in-person learning due to the Covid-19 pandemic and its subsequent lockdowns and restrictions. It lamented that millions of students are still not allowed to return to classrooms 18 months into the pandemic.

“No Time to Lose”

Ahead of the start of the 76th UN General Assembly at the UN headquarters in New York on Tuesday, September 21, UNICEF unveiled a No Time to Lose clock in a classroom setting at the UN Visitors’ Plaza, in front of the General Assembly Building. The clock is a real-time counter, displaying the growing cumulative number of in-person learning hours every schoolchild in the world has lost and continues to lose since the pandemic’s onset. The empty classroom consists of 18 desks, one for every month of the pandemic-caused education disruptions.

The No Time to Lose clock scenario, modeled to look like the blackboard of an empty classroom, is meant to draw the attention of General Assembly participants to the education crisis of children whose future is threatened. Many delegations from around the world are attending the General Assembly in person for the first time since the onset of the pandemic. “Reopen Schools ASAP”, reads the bottom line on the blackboard.

Young learners have been cut off from their education and the other vital benefits schools provide. Globally, around 131 million schoolchildren in 11 countries have missed three-quarters of their in-person learning from March 2020 to September 2021. Among them, 59 percent – or nearly 77 million – have missed almost all in-person instruction time. Around 27 percent of countries continue to have schools fully or partially closed. Additionally, according to UNESCO’s latest data, more than 870 million students at all levels are currently facing disruptions to their education.

Schools in around 17 countries remain fully closed, while those in 39 countries remain partially closed, UNICEF said.  Among those “almost completely closed” are schools usually attended by nearly 77 million students in Bangladesh, the Philippines, Venezuela, Saudi Arabia, Panama, and Kuwait.  Bangladesh leads the list with 36.8 million. The Philippines, which is fighting one of Asia’s worst coronavirus outbreaks and where a new school year started last week, comes next with 24.9 million.

Ahead of the start of the UN General Assembly, UN Secretary-General Antonio Guterres lamented that “in many countries, the doors of schools will remain closed to children and young people”.  “We are short-changing an entire generation whose minds and futures hang in the balance. We must prioritize the reopening of schools and support those who have lost out during the pandemic. There is no time to lose”, he urged.

UNICEF Executive Director Henrietta Fore also regretted that “with each passing moment, countless amounts of opportunity are lost”. “1.8 trillion hours – and counting – is an unfathomable amount of time. Equally unfathomable is setting priorities around mitigating the impacts of Covid that do not put our children’s future first. We can and must reopen schools as soon as possible. The clock is ticking”, she added.

Students may be safer at home, but the availability of computers, mobile phones, and the internet, and the uneven quality of education, are among the challenges they continue to face. UNICEF urged governments, local authorities, and school administrations to reopen schools as soon as possible. To fight the infection, it recommended steps such as implementing mask policies for students and staff in line with national and local guidelines; providing handwashing facilities and/or hand sanitizer; frequently sanitizing surfaces and shared objects; ensuring adequate and appropriate ventilation; and maintaining social distancing. (Source: UNICEF, Reuters)

Share on FacebookShare on TwitterShare on PinterestShare on EmailShare on LinkedIn
Church in Slovakia organizes charity collection for the needy in CubaCaritas Switzerland: Fair and climate-friendly food needed