Understanding freedom in an age of false idols

“At the heart of liberty is the right to define one’s own concept of existence, of meaning, of the universe, and of the mystery of human life.” – United States Supreme Court, Planned Parenthood vs Casey

Far from needing tutelage from Americans regarding the proper practice of what now passes for democracy, Communist Visegrad countries are proving more rooted and tradition-minded than the rest of the West. Indeed, having endured decades of secular totalitarian ideology, Poles and Hungarians may be uniquely positioned to warn and counsel their neighbors regarding the challenges ahead. 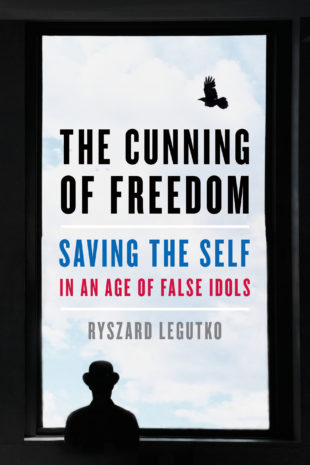 In The Cunning of Freedom Legutko implies that soul-searching is called for on the part of Westerners – especially Americans – who are anxious about current trends. For instance, it is important to admit that “the concept of human rights […] has acquired the status of a political religion in the Western world over the past few decades.” Whatever their intentions, evangelists of this political religion promote what Legutko calls a “thin” view of human nature, meaning they hesitate to make any robust affirmations about who man truly is, what his place in the cosmos might be, or even whether he has a place at all.

Above all else, liberals fear that profound affirmations about man might pave the way for the oppression of one group by another – i.e., “fascism”. What remains when the public order has been stripped to the barest, most superficial form are equal individuals, along with an ostensibly neutral state entrusted with securing said individuals’ identical rights.

devoted much more space and attention to a more robust view of human nature which was developed in the Middle Ages and later continued in some currents of modernity. The reason why this strong view predominated is obvious. Contrary to the individualist theories, human societies have never been simply collections of self-contained, isolated individuals, but have been perceived as consisting of beings with larger social, historical, ethnic, and religious identities. Reducing society to a collection of individuals is something we can envisage as a thought experiment or something that might come about in reality, but only through intense social engineering or social disintegration.

One problem, then, is that the notion of freedom which prevailed following the Enlightenment revolved around tearing down obstacles and blocking external influences. However, what might be an obstacle in one instance might serve as a protection or a ladder in others, and in any case it is an utter absurdity to speak of a created being free of external influences.

“One can think of inner freedom not through the analogy of a person who gets rid of an unnecessary burden,” contends Legutko, and “but rather by the analogy of a musical virtuoso who knows he must follow certain rules, but who only after having mastered those rules can achieve perfection in expressing his unique style and interpretation.”

Legutko examines several models of freedom, as found in various archetypes. While each archetype could potentially exhibit noble traits, liberalism has degraded all of them to their very lowest form, so that instead of high-minded philosophers, daring entrepreneurs, visionary artists, and independent-minded aristocrats we find sophists, commercializers, narcissists, and perverts. With few exceptions, these classes have all chosen “the road of conformity.” Almost everyone has accepted the idea that he is defined by his rights – rights secured for him and guaranteed, needless to say, by a technocratic liberal superstate which brooks neither rival authorities nor immaterial values.

Although Legutko is hardly an “America-basher,” and relatively little of his complex and intricate examination of freedom is devoted to the American founding, it is worth zeroing in on precisely those passages which American Catholic might be inclined to gloss over.

In one aside, Legutko addresses the Declaration of Independence and its claim that all men are endowed with inalienable rights: “There is nothing in the Christian religion that would even indirectly supply grounds for such an outlandish contention, nor is there anything of the kind in the history of philosophy.”

Yet the authors of this famous document stated clearly: ‘We hold these truths to be self- evident.’ Who held these truths to be self-evident? The only explanation could be that this was a foundational statement expressing the decision of the framers of a new state to treat the idea of inalienable rights as a basic philosophical assumption […] But this meant that American citizens (as well as those from other countries which at a certain point of their development made similar decisions) were henceforth entitled to make extremely strong claims with no regard to any obligations to the state, their community, or even their fellow citizens. Such obligations were always weaker because they came after a political system had been founded, while the rights had existed logically and philosophically prior to any legal, moral, or political opinions.

In other words, per liberal democracy our individual rights come first, and metaphysically precede any duties we may have with respect to our nation, family, neighbors, or God. In Legutko’s estimation, this order of precedence is fatally flawed, and its defects must be acknowledged.

Perhaps he is wrong, but given his experience we should not dismiss him out of hand. There are terrible challenges ahead, and only a fool will think we can face them by repeating the mantras of establishment conservatism. The truth is that emancipated individualism is as much a left-wing revolutionary idea as socialism, and is proving just as much an absurd, dehumanizing failure.

Indeed, when compared to current 21st-century American movements aiming to liberate man not only from nationality and class but from family, sex, and objective truth itself, old-school Marxism seems almost sane and wholesome.

Share on FacebookShare on TwitterShare on PinterestShare on EmailShare on LinkedIn
US Bishops call for 'humane and comprehensive' immigration reformCardinal: Religious freedom will be Europe’s ‘great problem of the future’