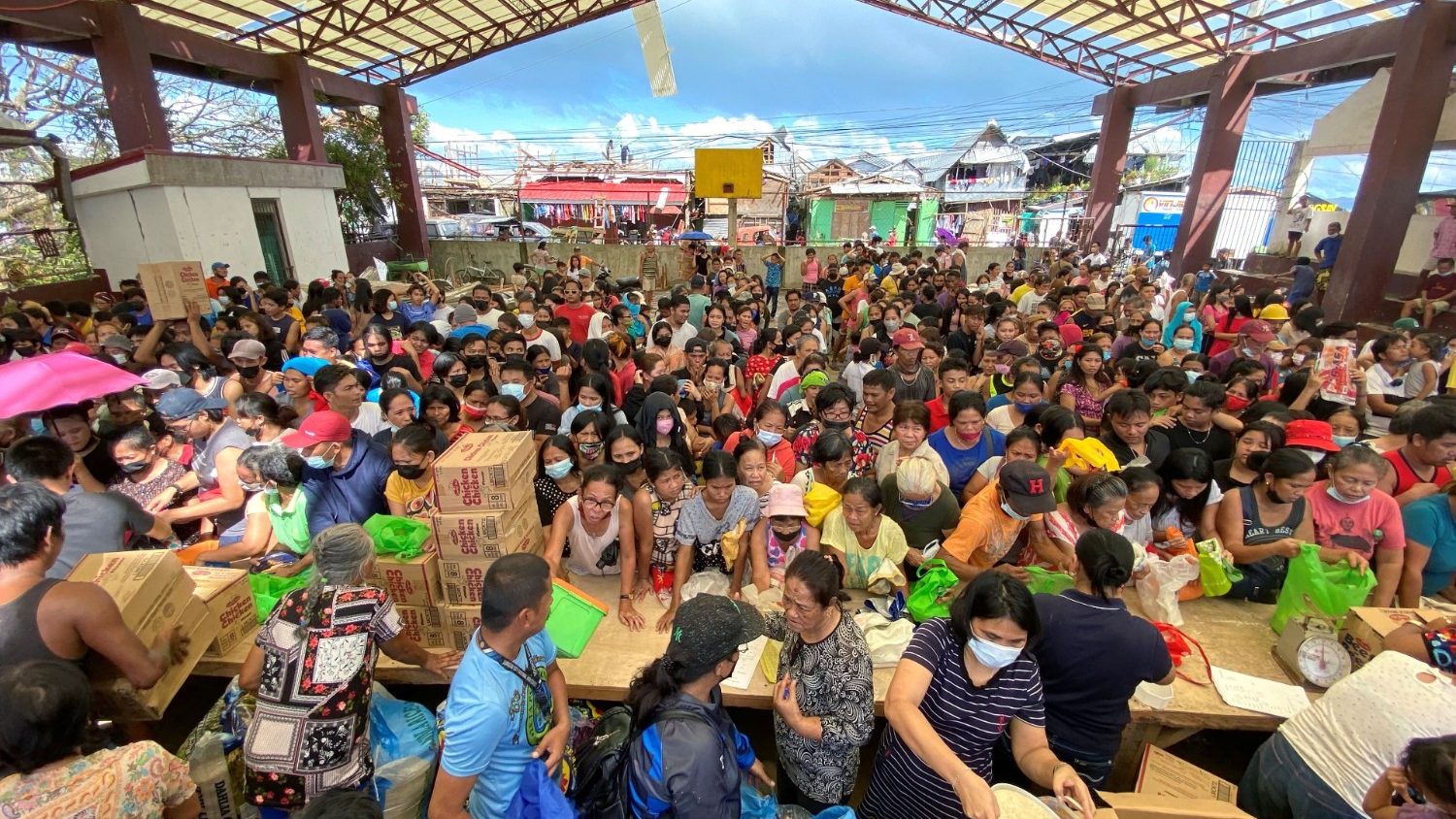 A little over a month after Typhoon Rai (local name Odette) hit the Philippines, the United Nations says that the initial assessment of the destruction caused has been “badly underestimated”, with the number of people “seriously affected” rising to 9 million.

Typhoon Rai, which ravaged the southern and central regions of the Philippines on 16 and 17 December, was the second-deadliest disaster last year after the earthquake in Haiti. The storm swept through 11 of the country’s 17 regions, leaving a swathe of destruction.  It damaged houses and roads, tore down power lines, destroyed trees and crops, and smashed fishing boats to pieces. The Government declared a state of calamity in six regions.

UN Resident Coordinator in the Philippines Gustavo Gonzalez said on Thursday the target would be revised after more than 66 field assessments showed the destruction was far worse than initially thought. “One month since the first landfall of Super Typhoon Rai we realize that we have badly underestimated the scale of devastation,” Gonzalez told a virtual briefing.

He said more than 1.5 million houses were damaged or destroyed in the storm – almost a third more than in 2013’s Super Typhoon Haiyan.  The number of people affected has grown 3 times to 3 million now from his briefing on 21 December.  In terms of destroyed homes, the number has increased 7 times from 200,000 to over 1.5 million, which is more than that of Haiyan.  In terms of casualties, the first assessment of 177 deaths has grown to 405 now.

Speaking about “a crisis within a crisis”, the UN Humanitarian Coordinator for the Philippines drew attention to the country’s continuing struggle against the Covid-19 pandemic, with an “exponential increase” in infections.

However, with many volunteers and humanitarian workers infected, including himself, the operations at the ground level are compromised.  Persistent bad weather not only affects the displaced but also the movement of humanitarian workers.  Clashes between the government forces and armed groups are also hampering relief work.

Displaced women and children hit by the crisis, he pointed out, are more vulnerable to sexual exploitation, abuse and gender-based violence.  2.9 million children are in need of protection.

Noting that the Philippines was one of the 5 countries with the longest lockdowns, he said reopening schools is one of the best strategies in child protection.  Some 4000 damaged schools need to be repaired.

According to a report by the UN International Labour Organization (ILO) last week, nearly 2.2 million workers in the Philippines have been directly hit by Typhoon Rai.  Gonzalez said farming and fishing communities need to be provided with the tools and equipment needed to help them get back to work.

A week after the storm, the UN had launched a campaign to raise $107 million for a 6-month recovery plan for the Philippines.  Thanks to the solidarity of the donor community, 40 per cent of the funding has been realized but, Gonzalez said, “we need more resources in order to meet everyone’s basic needs”.

Hence, he said, the response plan will be revised in the coming days.  With 9 million people seriously hit by the typhoon and 2.9 million children in need of protection, the UN official appealed for solidarity for the Philippine people.

Share on FacebookShare on TwitterShare on PinterestShare on EmailShare on LinkedIn
These are the best signs we saw at the March for LifeBiden reaffirms support for abortion on anniversary of Roe v. Wade