UN Refugee Convention protecting the rights of refugees for 70 years 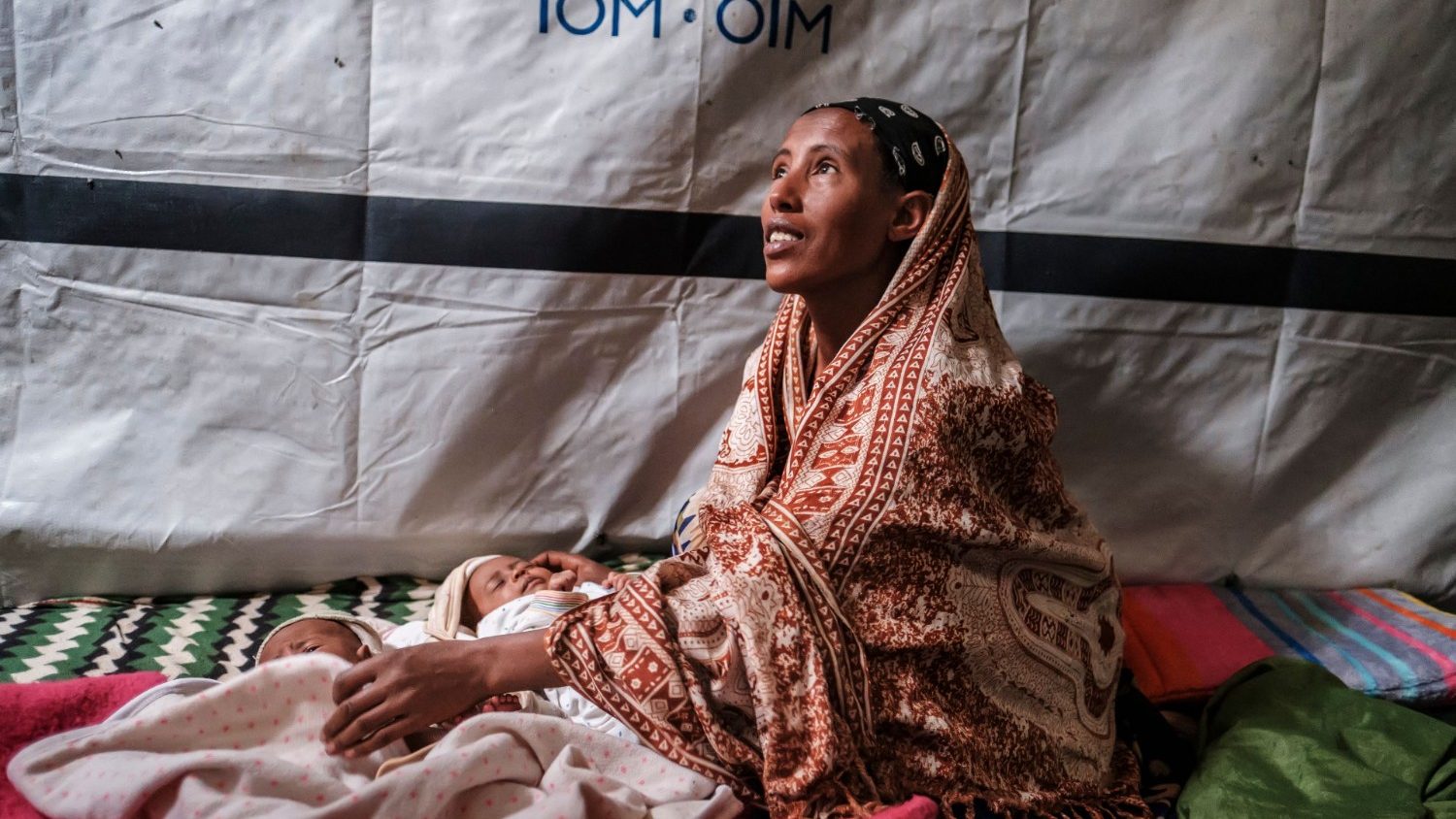 Thursday, 28 July 2021, marks the 70th anniversary of the UN Refugee Convention. The anniversary falls at a time in which there are 26.4 million refugees in the world – the highest ever seen; 48 million internally displaced people and 4.1 million asylum seekers.

The Convention, that has remained largely unchanged, aside from an additional Protocol of 1967, has had broad political support since it was drafted and adopted in the wake of World War II.

The protection of the lives and dignity of migrants and refugees is one of the hallmarks of Pope Francis’ pontificate who has repeatedly called on all men and women of goodwill to open their arms and their hearts to their brothers and sisters fleeing poverty and war. He has also appealed to leaders and legislators “and the entire international community (…) to confront the reality of those who have been displaced by force, with effective projects and new approaches in order to protect their dignity, to improve the quality of their lives and to face the challenges that are emerging from modern forms of persecution, oppression and slavery.”

Chiara Cardoletti is the representative of the United Nations High Commissioner for Refugees (UNHCR) to the Holy See, Italy and San Marino. Speaking to Vatican Radio, she explained that the Convention, “one of the most ratified legal instruments on earth,” set the foundations for legislation that guarantees solidarity and protection for refugees, but it also provides opportunities to find new solutions in a changing world scenario.

“The 1951 Convention is a fundamental instrument to protect refugees,” Chiara Cardoletti explained, noting that “It was drafted after WWII with an objective: not so much to provide a definition of who is a refugee but rather to provide clarity as to the treatment refugees would be receiving in the various European countries where they were located at the time.”

A vision of the present open to the future

Those who drafted the document, she said, aimed not only to provide a vision of the past, “of what had happened during the War,” but also to make sure its framework was such that it would remain a credible and authoritative legal instrument for the future.

“We are looking at a document that is not exclusively focused on the State as an actor of persecution, but also on the possibility – as we are seeing right now – of others being actors of persecution,” she said.

Clearly, Cardoletti continued, the world has evolved and both refugees and governments are faced with very different contexts; “contexts that are no longer entrenched in the realities of the Second World War or of the Cold War afterwards,” but in the current reality in which conflicts and more complex for a variety of reasons, and “where defining who is a refugee is obviously a whole lot more complex.”

But she underscored the fact that the 1951 Convention, one of the world’s most ratified legal instruments, must be read reflectively and always bearing in mind the best protection that can be given to refugees.

The face of a changing world

Noting that today there exists a wide variety of practices pertaining to the protection of refugees, Cardoletti said, “For example, we know that 90% of refugees currently live in developing countries, very close to where they have fled. So today, the real challenge is not so much deciding who is a refugee, but rather who is going to be responsible for their treatment and their protection.”

Even in this respect, she said, the 1951 Convention set the foundation of international solidarity and international cooperation as the basis of this instrument, and “therefore the importance of ensuring that States take this responsibility seriously, and provide protection to refugees.”

New laws and legislation currently regulate migration issues in Europe and across the world, for example, the recent Global Compact on Refugees that Cardoletti said “aims precisely to provide support to all those countries who have opened their borders and their arms to refugees.”

This is fundamental, she concluded, to try and make sure they continue doing so while further sharing responsibility in other countries in the industrialized world “so they can continue what they have been doing and maintain the tradition of hospitality and generosity towards refugees.”

Share on FacebookShare on TwitterShare on PinterestShare on EmailShare on LinkedIn
China: New co-adjutor bishop consecrated for PingliangPope Francis needs to tell the world who will make his end-of-life decisions