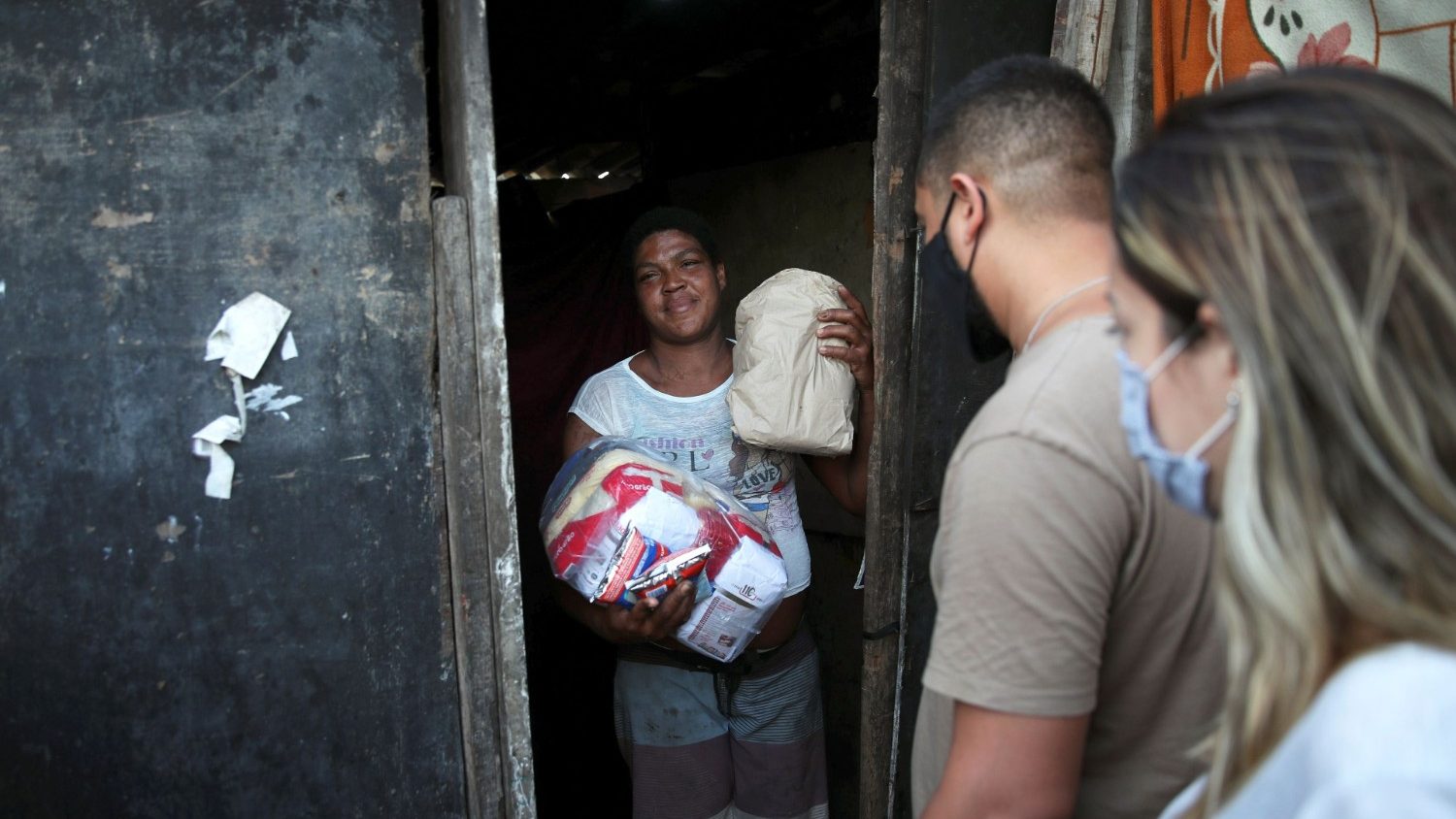 Nearly one-tenth of the world population – up to 811 million people – were undernourished in 2020, said the United Nations latest edition of the State of Food Security and Nutrition in the World (SOFI) released on Monday.  It projected that around 660 million people may still face hunger in 2030, 30 million more people than in a scenario in which the pandemic had not occurred, due to the lasting effects of Covid-19 on global food security.

SOFI is the annual flagship report jointly prepared by the Food and Agriculture Organization (FAO), the International Fund for Agricultural Development (IFAD), the United Nations Children’s Fund (UNICEF), the UN World Food Programme (WFP) and the World Health Organization (WHO).  The aim is to track and inform on progress towards ending hunger, achieving food security and improving nutrition and to provide in-depth analysis on key challenges for achieving this goal in the context of the 2030 Agenda for Sustainable Development.

U.N. Secretary-General Antonio Guterres said the new “tragic data” shows that between 720 million and 811 million people in the world faced hunger last year — as many as 161 million more than in 2019. More than 2.3 billion people, which represents 30 per cent of the global population, lacked year-round access to adequate food, according to the report.

“Despite a 300 per cent increase in global food production since the mid-1960s,” the UN chief said, “malnutrition is a leading factor contributing to reduced life expectancy.”  “In a world of plenty, we have no excuse for billions of people to lack access to a healthy diet. This is unacceptable.”

Emily Farr of the humanitarian organization Oxfam said the pandemic was the last straw for millions of people already battered by the impacts of conflict, economic shocks and a worsening climate crisis.

Children paid a high price, with 149 million of those younger than 5 estimated to have stunted growth, and more than 45 million children are wasted or too thin for their height, the report said.  Paradoxically, nearly 39 million children were overweight.

“A full 3 billion adults and children remain locked out of healthy diets, largely due to excessive costs,″ the U.N. agencies said, and COVID-19 made things worse. “In many parts of the world, the pandemic has triggered brutal recessions and jeopardized access to food,″ the UN said in a summary of its findings. ”Yet even before the pandemic, hunger was spreading; progress on malnutrition lagged.” “Disturbingly, in 2020 hunger shot up in both absolute and proportional terms, outpacing population growth,” the report’s authors concluded. The report said some 9.9 per cent of the world’s people were estimated to have been undernourished last year, compared to 8.4 per cent in 2019.

The United Nations said the pandemic undercut a key U.N. goal of achieving zero hunger by 2030. Based on current trends, it estimates that the goal will be “missed by a margin of nearly 660 million people,” and that some 30 million of that figure “may be linked to the pandemic’s lasting effects.” Guterres said he is convening a global Food Systems Summit during this September’s annual meeting of world leaders at the General Assembly “to urgently make a change.” He said a pre-summit meeting in Rome at the end of this month is to work out “how we must address hunger, the climate emergency, incredible inequality and conflict, by transforming our food systems.”

Among the U.N.’s recommendations was one calling for strengthening “the resilience of the most vulnerable to economic adversity,” such as through programmes to lessen the impact of “pandemic-style shocks” or steep food price increases. The report also called for tackling poverty and structural inequalities, and intervening along supply chains to lower the cost of nutritious food.

Maximo Torero, FAO’s chief economist, said removing 100 million people from chronic undernourishment would require an additional $14 billion a year until 2030. To achieve the goal of zero hunger by 2030, about $40 billion would be.”   (Source: UN, FAO, AP)