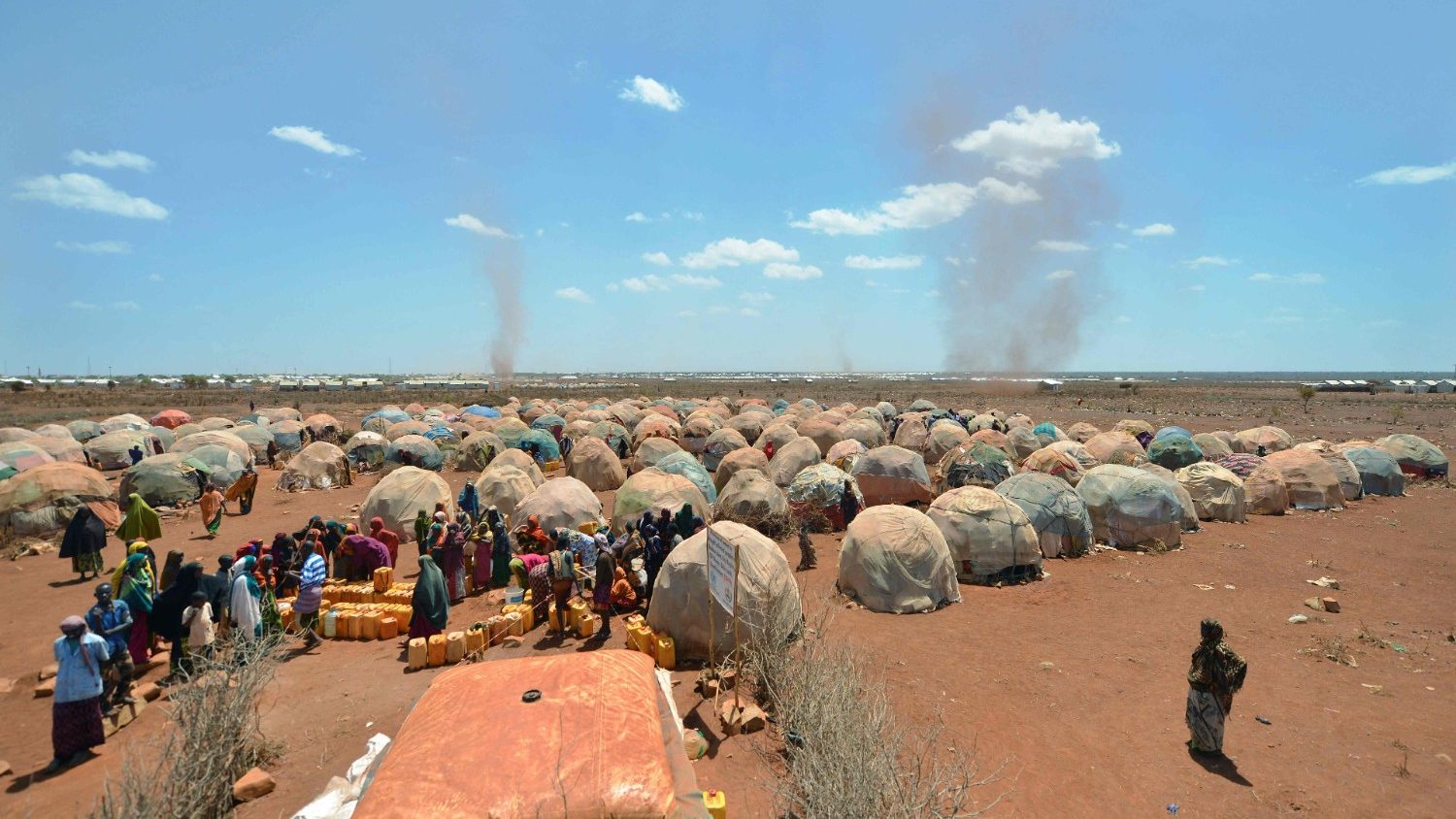 The UN children’s agency said Tuesday that the world must “widen its gaze from the war in Ukraine” and act urgently to prevent Somalia from sliding into famine, as emergency levels of malnutrition in the country and in the wider Horn of Africa are becoming cause for deep concern.

The alert from UNICEF comes after four successive failed rainy seasons in the east African region – the worst drought spell in four decades – and the likelihood of another failed season this year.

According to the UN agency, the situation has put about 386,000 children in acute need of lifesaving treatment for malnutrition in Somalia alone, a figure worse than in 2011 when famine claimed the lives of 250,000 mainly children in Somalia.

Rania Dagash, UNICEF Deputy Director for eastern and southern Africa, pointed at the war in Ukraine as a major factor that puts the lives of children in the Horn of Africa at an increased risk, noting that “Somalia alone used to import 92 percent of its wheat from Russia and Ukraine” but now supply lines are blocked.

More so, the failed rainy seasons and the Ukraine war’s impact on global supply chains have impacted on the cost of life-saving therapeutic food that UNICEF uses to treat children with severe acute malnutrition, which is projected to rise by 16 percent globally over the next 6 months.

In fact, the number of children facing severe acute malnutrition has increased by more than 15 percent in the space of 5 months, Dagash said, adding that across Ethiopia, Kenya and Somalia, more than 1.7 million children are in urgent need of treatment.

In the face of the situation, UNICEF is calling on the international community to provide more funding for emergency assistance, noting that donor funding has been generous but falls short of the $250 million needed.

Dagash explained that the agency has just a third of what it needs this year, and thus calls on the international community, led by the G7 which will be meeting in Germany in a few weeks, to commit additional funding to save lives.

In addition, humanitarians have stressed the need of investment in resilience-building measures to save people’s livelihoods and prevent them from having to leave their homes in search of food, water and healthcare.

Etienne Peterschmitt, Representative in Somalia for the Food and Agriculture Organization (FAO), notes that the UN and its partners are “assisting rural families to stay where they are by providing lifesaving cash transfers to purchase essentials such as food, water and medicine, as well as livelihood items.”

According to UNICEF, the number of households without reliable access to clean and safe water almost doubled, from 5.6 million to 10.5 million, between February and May this year. The impact of the drought on livestock has also meant a decline in meat and milk production, further increasing the risk of malnutrition in pastoral areas who are dependent on local supply.

Real risk of starvation in Somalia

A latest analysis from the Integrated Food Security Phase Classification (IPC) platform shows that 7.1 million people or 45 percent of Somalians are in IPC Phase 3 or “crisis” with worse food security outcomes.

Out of the 7.1 million, about 2.1 million are in IPC 4 or “emergency level”, marked by very high acute malnutrition and rising levels of death among children and adults.

A further 213,000 people are in IPC 5 – the “catastrophe level” where there is a 160 percent increase in the number of people facing extreme lack of food, facing starvation, death and destitution.

Peterschmitt stresses that Somalia is “on the brink of devastating and widespread hunger, starvation and death”, and is “perfect storm for famine if action is not taken now”.