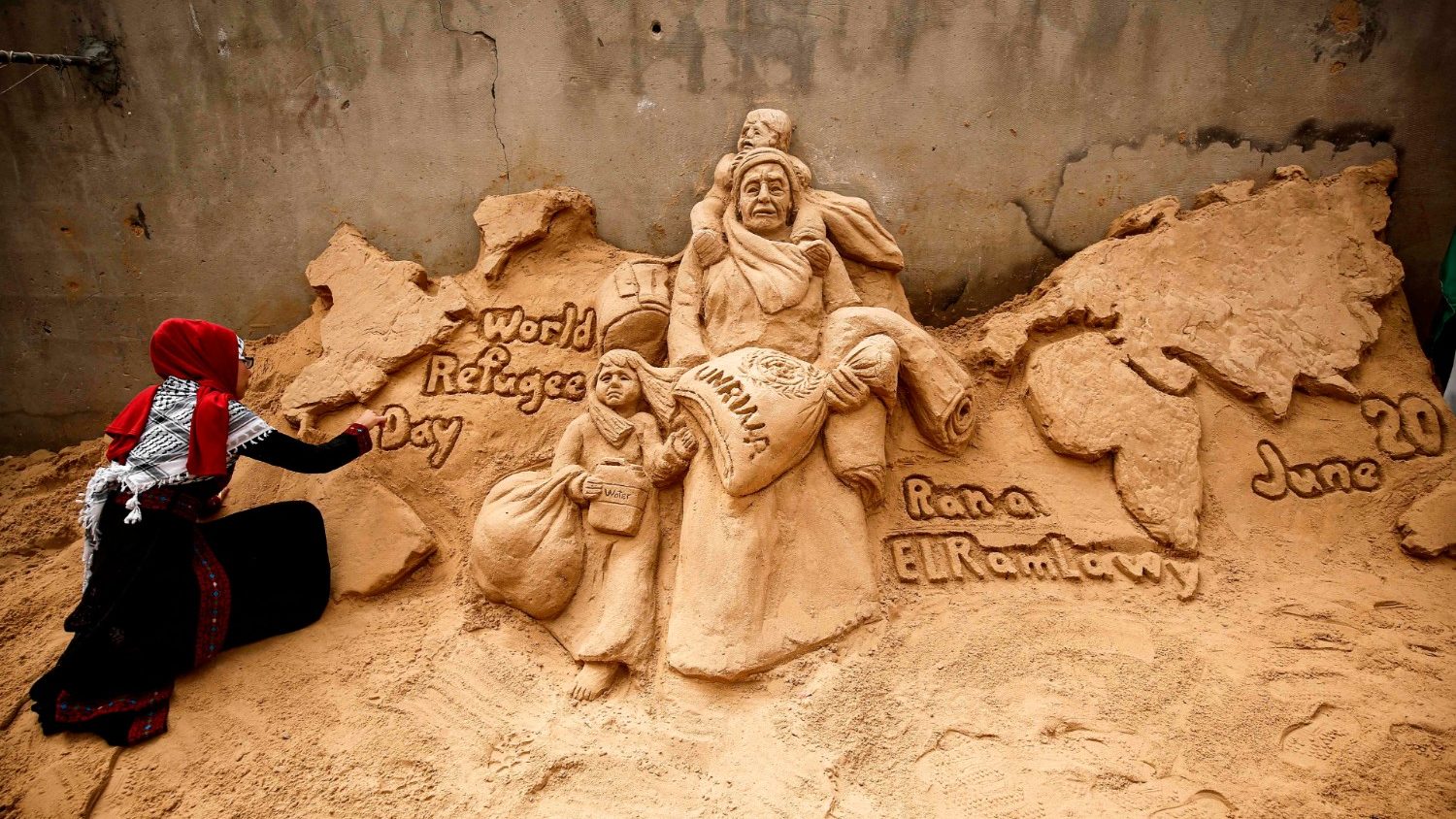 On World Refugee Day, the United Nations chief is calling on the world to do everything possible to end conflict, persecution and other emergencies that have driven nearly 80 million from their homes.

In a message for the annual observance on Saturday, UN Secretary-General, Antonio Guterres, recognized the generosity and humanity of host communities and countries that often struggle with their own economic and security concerns.  “We owe these countries our thanks, our support and our investment,” he said.

Guterres also thanked refugees and displaced people for their resourcefulness and determination to rebuild their own lives, and to improve the lives of those around them.

“Every Action Counts”, is the theme of World Refugee Day 2020.  The UN says every minute 20 people leave everything behind to escape war, persecution or terror. These include refugees, internally displaced people (IDPs), asylum seekers, stateless persons and returnees.

According to the latest figures of the UN refugee agency UNHCR, released on Thursday, the number of displaced people around the globe totalled a staggering 79.5 million at the end of last year.

This number accounts for more than 1 per cent of the world’s population. This is the highest figure that UNHCR has recorded so far.  Of these, 8.7 million were newly displaced in 2019 alone.

“On World Refugee Day,” Guterres said, “we pledge to do everything in our power to end the conflict and persecution that drive these appalling numbers.”

He urged all to work together to “to re-establish the integrity of the international refugee protection regime, and to implement the pledges made at the Global Refugee Forum, so that refugees and host communities receive the support they need”.

He called for support to countries and communities hosting refugees, saying they often struggle with their own economic and security concerns.

The UN chief commended the resourcefulness and services refugees render in host nations. From the camps in Bangladesh to hospitals in Europe, he said, refugees are working as nurses, doctors, scientists, teachers and in other essential roles, protecting themselves and giving back to the communities that host them.

“Today and every day, we stand in unity and solidarity with refugees and recognize our fundamental obligation to shelter those fleeing war and persecution.”

In a separate message for World Refugee Day, UNHCR chief, Filippo Grandi, also called for “greater global solidarity and action to include and support refugees, internally displaced and stateless people as well as their hosts”.

Host communities, especially those in low and middle-income countries, where nearly 90 percent of the world’s refugees live, Grandi said, continue to demonstrate a remarkable welcome.

In the current scenario, while the world is grappling with the Covid-19 pandemic, he pointed out, many of the most vulnerable of people forced to flee their homes are facing a pandemic of poverty.

Like Guterres, the UN High Commissioner for Refugees also drew attention to the resilience and determination of refugees who are contributing to improve their own and others’ lives, despite their often extremely vulnerable conditions.

Grandi cited examples, such as “volunteering as front line health workers in Colombia and the United Kingdom; making soap for distribution in Lebanon and Niger; sewing masks and protective gear in Iran; helping construct isolation centres in Bangladesh; and elsewhere around the world, they are contributing time to help the needy in their host communities.”

While commending the fortitude of refugees and the displaced, Grandi also paid tribute to communities who shelter them demonstrating the universal values and principles of compassion and humanity.  Continuing to do so amid the current pandemic, he said, is a powerful message of hope and solidarity.

He said it is of critical importance to include refugees and displaced persons in the much-needed socio-economic response to the COVID-19 pandemic.

A strong foundation of this response, he said, is laid out in the UN Global Compact on Refugees, which aims to strengthen the international response to large movements of refugees and protracted refugee situations.

While calling for supporting refugees through host governments, Grandi also encouraged investment in countries of origin to make the return of refugees a viable option.