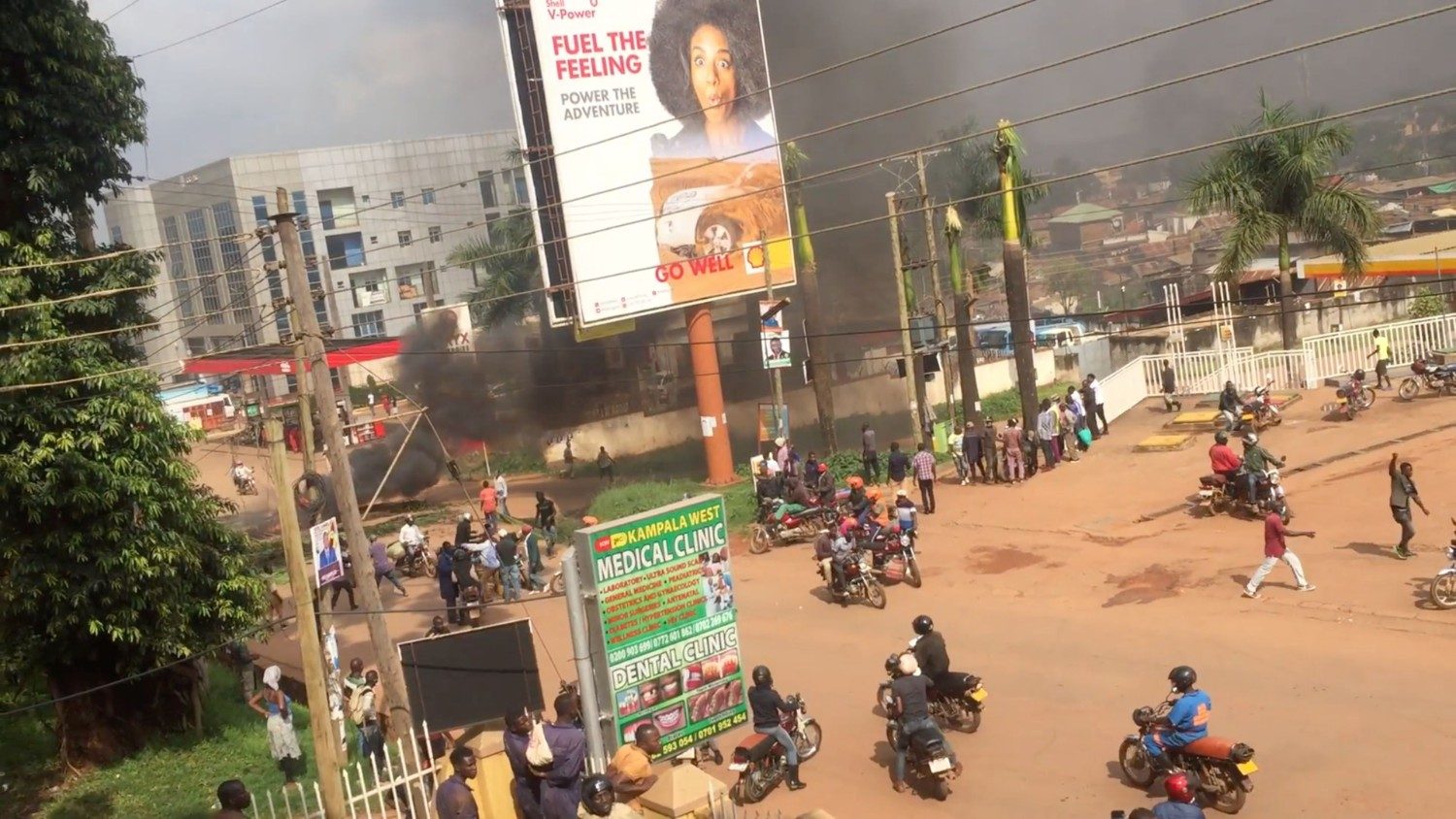 At least 16 people have been killed and hundreds of others arrested in Uganda over the past couple of days as security personnel try to quell protests triggered by the arrests of two presidential candidates campaigning ahead of the country’s elections slated for 14 January 2020.

The protests erupted in the capital, Kampala, and in a few other cities, after news spread of the arrest of Robert Kyangulanyi aka ‘Bobi Wine’- a pop star-turned-politician and subsequently presidential candidate of the National Unity Platform.

Kyangulanyi was arrested on Wednesday while campaigning in Luuka District, eastern Uganda after authorities accused him of flouting anti-Covid-19 precautionary measures by holding mass rallies in the course of his campaign.

News sources also reported the arrest of Patrick Amuriat, the presidential candidate of Uganda’s Forum for Democratic Change (FDC) party, in Gulu city. Amuriat was however released after a few hours of being held on Wednesday.

Tensions had been building the country over the conduct of the political campaigns. In a statement before the arrests on Wednesday, authorities had announced that no more than 200 people could be gathered at campaign rallies due to the Covid-19 pandemic.

Currently, Uganda has reported just over 17,000 confirmed coronavirus cases with about 8,564 still active and 158 deaths.

Candidates are allowed to campaign until 12 January 2021 – two days before the elections.

Religious leaders in Uganda have also expressed concerns about the violent protests and the arrests of the presidential candidates.

In a statement on Wednesday jointly signed by the Inter-Religious Council of Uganda (IRCU) and Archbishop Cyprian Kizito Lwanga of Kampala, the leaders called on security forces and the Electoral Commission to “uphold the Ugandan Constitution.”

“We are deeply concerned of the violent events that occurred in our country yesterday where the whole world witnessed brutal arrests of political candidates; Hon. Robert Kyagulanyi and Hon. Amuriat Oboi,” the religious leaders said.

The IRCU noted in their statement that the police were in breach of some stipulations of the Covid-19 Standard of Operating Procedures (SOP) and of a constitutional provision that stipulates that “the police shall be patriotic, professional, disciplined, competent and productive.” The religious leaders also reprove the army of violating a provision that states that “the army will cooperate with civilian authority in emergency situations and in cases of natural disasters like Covid-19.”

The religious leaders encouraged citizens to respect relevant laws and called for the immediate release of the arrested presidential candidates.

Museveni, 76, is vying for a sixth term in office. He came to power in 1986 after a five-year guerrilla war and the ouster of dictator Idi Amin. Museveni became eligible to seek another term if re-elected in the January polls after lawmakers removed the constitutional age limit for presidential candidates.

In 2005, lawmakers also scrapped a two-term limit for presidents, allowing Museveni to prolong his stay in power.

Share on FacebookShare on TwitterShare on PinterestShare on EmailShare on LinkedIn
Could Trump issue an executive order recognizing unborn babies as persons?Pope Francis urges Passionists to help ‘the crucified of our age’