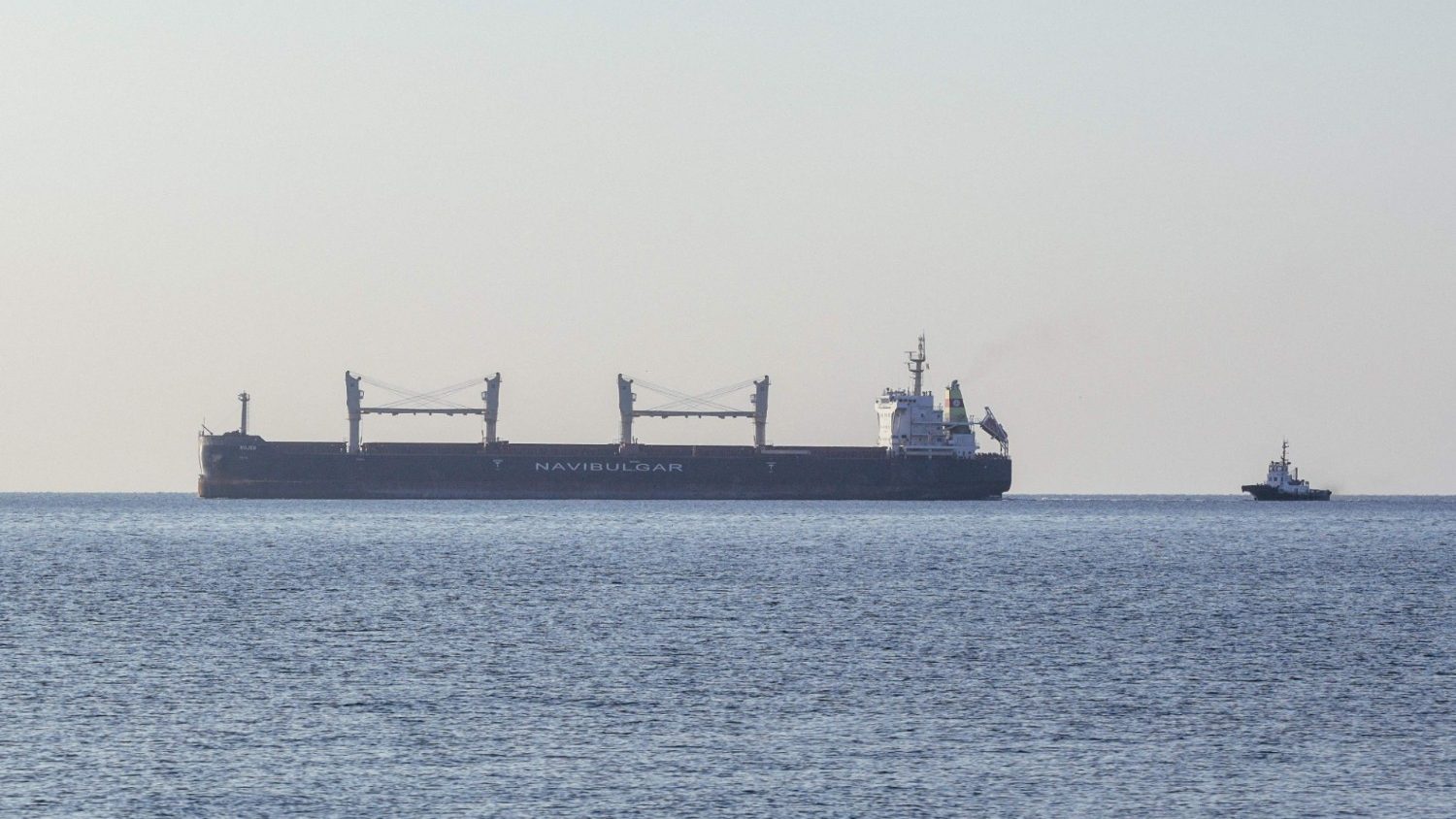 Officials said the ships departed from Black Sea ports in Ukraine with almost 60,000 tonnes between them and are on their way to Britain, Ireland, and Turkey.

In published remarks, Oleksandr Kubrakov, Ukraine’s infrastructure minister, said that he plans “to ensure ports can handle more than 100 vessels per month”.

While the resumption of grain shipments from one of the world’s largest grain producers raised some hope for hungry nations, the impact of Russia’s invasion is never far away.

And there are concerns about the victims of war. Some Ukrainian forces clear land mines by throwing objects such as bricks and tires sticks at them, since more sophisticated equipment is hard to come by.

Meanwhile, Britain’s defense ministry has raised concerns about the “security and safety” of the Zaporizhzhia nuclear power plant, which is under Russian control.

It said Russia “used artillery units based in these areas to target Ukrainian territory on the western bank of the Dnipro river.” Amid these struggles, the United States is accusing Russia of making it look like the killings of scores of Ukrainian detainees were caused by Ukraine.

The Ukrainian inmates, all prisoners of war, were allegedly killed last week by a Russian strike in Moscow-controlled Olenivka, in eastern Ukraine. But Washington claims Moscow is planting fake evidence to deny what happened.

In tensions resembling the previous Cold War, the United States and Russia face a standoff over prisoners.

She was found guilty of drug possession, but President Biden called her detention “unacceptable.” However, Russia said it is ready to talk about a prisoner swap, which would also include other Americans with the U.S but warned such negotiations should not be played out publicly.

Yet, while Russia has faced much criticism, Ukraine has come under pressure over alleged rights abuses. Ukrainian president Volodymyr Zelensky has criticized a report by advocacy group Amnesty International. The report suggested that Ukrainian forces’ tactics are endangering civilians by using some schools and hospitals as bases.

Zelensky said the report “cannot be tolerated” as, in his words, there “cannot be any condition under which any Russian attack on Ukraine becomes justified.”

Despite concerns over its tactics, more Western support for Ukraine’s military is underway. Canada said it is sending up to 225 Canadian armed forces to Britain to resume the training of Ukrainian military recruits. Since 2015, Canada has trained 33,000 Ukrainian military and security personnel but in February paused aspects of the activity following the Russian invasion of Ukraine.