This is why His Holiness Pope Francis will go to Iraq 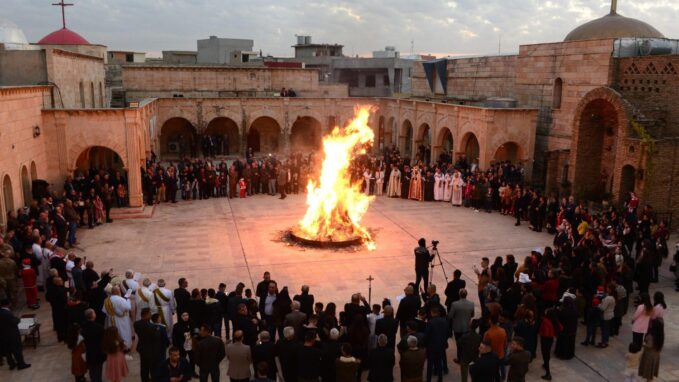 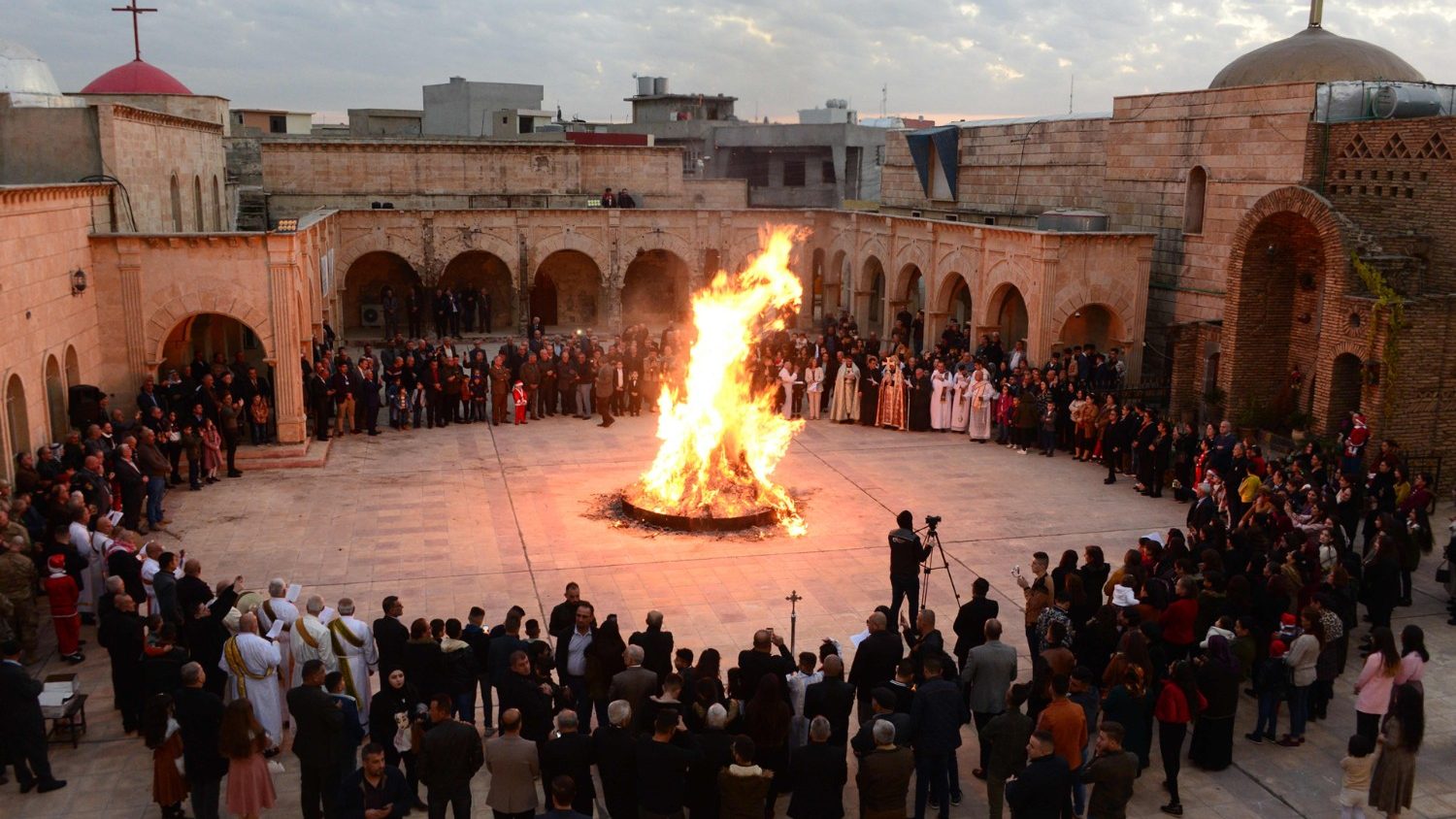 Iraq is a sacred country. It was inhabited by prophets, the oldest of whom was Abraham, who headed from the Chaldean Ur to the Holy land, where the era of prophecy began in the old times. Iraq is the country of Prophet Jonah who lived in Nineveh and called for repentance and permanent return to God. It is also the country in which the people were exiled in the Old Testament during a merciless trip called “exile” to Babylon.

In the first place, the Pope comes to the country of Mesopotamia as a pilgrim. An announcement has been made about an imminent visit of Pope Francis to Iraq. This visit comes actually on the heels of an official invitation that is usually issued by authorities competent in political affairs, implying the president of the Republic of Iraq. It is also coupled with a second invitation by the Catholic Church in Iraq. When we mention the Catholic Church, we mean of course all the Catholic churches present in Iraq, but mostly the Chaldean Church that is currently headed by one of the Pope’s aides, namely Cardinal Louis Raphaël I Sako. This is not to ignore the Syriac Catholic Church whose faithful were the martyrs of faith, especially after the bombing of Our Lady of Deliverance Church 10 years ago. There is, of course, a modest presence of other Catholic churches, namely the Latin, the Maronite, the Greek Catholic, Coptic, and Armenian churches. There is, of course, other non-Catholic sisterly churches, the most important of which is the Assyrian Church, whose leadership was in Iraq but moved for years to the United States of America and then came back to Baghdad.

Pope John Paul II had an earnest wish to visit Iraq in 1999, but due to the blockade which was imposed on Iraq at the time late President Saddam Hussein postponed the visit that was scheduled that year. Thus, the saint pope made a “spiritual” pilgrimage to this country, on March 12, 2000, in order to start the pilgrimage journey in the year of the great jubilee from the country of Prophet Abraham which was fulfilled with a visit to Egypt, Jordan and Palestine. A year later he walked in the steps of Paul the Apostle to Syria.

Today, Pope Francis–who always focuses on respect for the poor, the refugees and the immigrants, as well as their right to a safe life– goes to Iraq where in recent years Christian and Yazidis, especially from the Nineveh Plain and Mosul and from neighboring towns and cities, have been forcibly displaced to countries of the world in the wake of the terrorist acts conducted by ISIS at the time.

Pope Francis comes to Iraq in the first place to encourage the Christian community in Iraq which has withstood political “turbulences” that took place including foreign wars or in-fighting. There is still a bright and glorious Christian presence despite the dramatic decrease in numbers.

Consequently, the Pontiff wants to encourage those who are steadfast in the land of their ancestors in spite of the successive disasters especially during his scheduled visit to the city of Erbil, where there are currently good numbers of forcibly displaced people from Mosul and the towns of the Nineveh Plain. His Holiness will also visit Mosul and Qaraqosh township to further encourage the forcibly displaced who live abroad to possibly return to the land of their ancestors and grandparents.

Pope Francis wants in the second place to promote dialogue and common living  between all the religious components, whether at the ecumenical level between sisterly Churches, or through Islamic-Christian relations. It is well-known that there is not only Christian-Sunni dialogue, but there is also Shiite-Christian dialogue. On the land of Iraq, there is a historical presence of Sabean-Mandeans, Yazidis, Baha’is, as well as  other religions and traditions.

Furthermore, Pope Francis–who is the man who supports dialogue– wants to emphasize the feeling, the duty and the responsibility of fraternal common living among the various components of the Iraqi people, under the umbrella of citizenship, especially a few months after he signed an important document called “Fratelli Tutti” or “We are all brothers and sisters.”

Pope Francis will definitely send a message for the pursuit of paths of peace, dialogue, fraternity, cooperation and constructive cooperation among the various politicians in Iraq in order to rebuild a strong modern Iraqi state after years of hard and bitter wars, sectarian squabbles, and attacks by terrorist groups, so as to restore the spirit of hope among all Iraqis, especially the youth, for  a better future.

We look forward to the visit of the Holy Father which will be the first by the successor of Saint Peter. We hope that the visit will take place at a time when the epidemic-related conditions have improved in the world countries. The official Vatican statement referred to this point, while the visit schedule will take into account the development of the global health emergency, whether in Italy, from whose airport the Pope will leave or in Iraq whose motley of inhabitants will welcome him with great joy.

We pray to God that the upcoming visit will be successful and fruitful, as well as serving as a start for unity by urging the Iraqi people to turn over a new leaf, and to seek mutual forgiveness, so that this fraternal country would start the process of healing the wounds of the past and looking towards to the future with hope and grace.

Lastly there are two points:

The first one is that during the Pope’s visit to the United Arab Emirates in early 2019, he signed an important document with the Imam of Al-Azhar titled, “The Document on Human Fraternity for World Peace and Living Together”. Two months later, he was in Morocco to sign an Appeal with the King of Morocco on Jerusalem. Is there a new document that will see the light of the day in Mesopotamia?

The second point is that in March 2003, the American war drums were beating for Iraq, which enjoyed international approval, except for Pope John Paul II, who said: “NO TO WAR”! War is not always inevitable. It is always a defeat for humanity.” In March 2021, Pope Francis will come to try to restore what was destroyed, as a result of not listening to the voice of his predecessor, the saint Pope…

Pope Francis, you are welcome anew in our Arab homeland.

Share on FacebookShare on TwitterShare on PinterestShare on EmailShare on LinkedIn
Scottish MP calls for end to UK two-child tax credit limitLoyola Chicago launches School of Environmental Sustainability as center for research, action