The texture of Irish sanctity 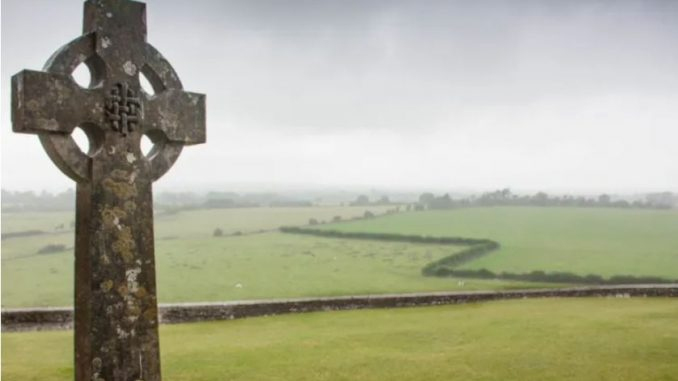 Are certain qualities common among the saints of certain nations? To ask the question might seem to undermine the very universality of sanctity. Are some nations’ saints more courageous than others? Do the saints of some countries exhibit poverty better than others? 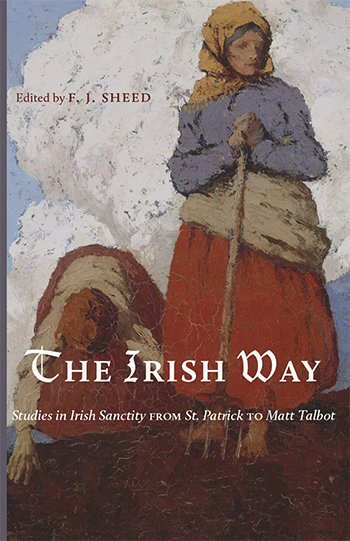 In one sense, of course not — just as the Catholic Church is by definition universal, so are her saints. There is no secret cultural sauce that makes one culture more capable of demonstrating the theological or cardinal virtues than another. Indeed, this is one of the remarkable signs of Catholicism’s veracity, what are sometimes called the motives of credibility (CCC §156) — intellectually accessible demonstrations that the Church is who she says she is. The holiness of the Church’s saints are not only unparalleled, that holiness is found in every culture she has evangelized.

Nevertheless, cultures undoubtedly have a certain character. They are inclined towards certain behaviors and practices that make them unique; indeed, this is the very definition of culture. Thus must it be true as well that the saints, despite their universal qualities, retain some indelible connection to the cultures from which they originate. Moreover, it is abundantly clear that many saints exhibit a deep, abiding, and particular love for their own people, as is made evident by the patriotism of such saints as Joan of Arc, Thomas More, and Faustina Kowalska.

The prolific Catholic writer and publisher Frank Sheed (1897-1981) understood this reality. In The Irish Way: Studies in Irish Sanctity From St. Patrick To Matt Talbot, edited by Sheed and featuring essays from many twentieth-century Irish writers, he notes in the foreword:

What emerges from the whole book? Two truths principally. First, a man is a better Catholic for loving his own people; not to do so is to be deficient as a man, and deficiency in humanity remains as a deficiency in religion. Second, saints tend to be most characteristically national. National character shows most strongly where there is least weakness in personal character.

In other words, patriotism, rather than narrowing a saint’s vision, expands it, by exemplifying Christ’s commandment to love our neighbor, rather than the abstract “other,” as so many modern “isms” propose. On St. Patrick’s Day, it’s worth considering what traits of the Irish are found among her saints, who span more than a millennia and a half of Christian history.

English Catholic G.K. Chesterton cheekily wrote: “The great Gaels of Ireland are the men that God made mad, For all their wars are merry, and all their songs are sad.” That’s a bit hyperbolic… though not much, as the Irish do have a reputation for being pugnacious. Vincent McNabb, O.P. refers to what he calls “the stage Celt,” which is “a man of violent and somewhat uncontrolled zeal.” Early American Protestants — many of whom were teetotalers and maintained strict rules regarding Sabbath observance — often found the Irish proclivity for Sunday boxing matches (and alcohol consumption) quite disturbing.

There does seem to be a notable militaristic strand in Irish sanctity. This dates to one of the earliest and most famous of the island’s saints, Patrick, who though he wasn’t even Irish (he was Romano-British) has been adopted by the Irish people as their own. Alice Curtayn, in her essay on St. Patrick, explains: “He attacked the chieftains and when he won, the tribes followed. But Patrick’s was no timidly proffered apologetic. He flung Christianity in the face of Druidism.”

That aggressive missionary zeal was ubiquitous among the early Irish saints. Donal O’Cahill describes an episode in the life of St. Brendan (484-587) when, at the age of twenty, he encountered the heathen Irish warrior Colman Mac Lenin. “If the hardened soldier was not impressed by the student’s bearing he was certainly fascinated by the imperiousness of his mission,” writes O’Cahill. In short order, “the warrior yielded to the student,” and agreed to follow him (and Christ). St. Columcille (521-597) was widely called a “Soldier of Christ.” McNabb describes St. Columbanus (530?-615) thus: “Like his Master he accepted battle on the field chosen for him by the spirit of God.”

This fighting character of the Irish Catholic has carried even into modern times. Writer James Brodrick cites William Doyle, S.J. (1873-1917), who was killed in action while serving as a military chaplain to the Royal Dublin Fusiliers during the First World War: “His love to be a soldier even from his babyhood was wonderful — to fight for Ireland,” his nurse declared. Though pugnacity, even of a spiritual variety, must be tempered by charity and gentleness, the often martial temperament of Irish sanctity seems to correlate well with the concept of the “church militant,” those who labor as soldiers of Christ against sin and the devil.

Commensurate with this Irish militarism is an adventurism, manifested in the great missionary exploits of the Irish. St. Brendan is said to have taken a legendary voyage into the Atlantic in search of new peoples to evangelize, some speculating that he may have even reached North America. The Hiberno-Scottish mission of the sixth to eight centuries refers to the great missionary efforts of Irish clerics into Britain and Europe. These included, among others, St. Columbanus, St. Donatus of Fiesole, and St. Kilian, who were active across what is today modern France, Switzerland, Germany, and Austria.

This continued during the discovery of the New World. Thomas Filihy, S.J. (1549-1625) traveled to Paraguay, and on the journey was captured by pirates, and put into an open boat, without rudder or oars, in which he drifted to Buenos Aires. He served the indigenous peoples of Paraguay for many years. Even into the twentieth century the Irish were sending large numbers of priests to the United States, as many older American Catholics well know — in the 1950’s, eighty percent of the priests in the Archdiocese of Los Angeles were born in Ireland.

We cannot speak of Irish sanctity without also noting the willingness to endure great suffering for the sake of Christ and union with Him. Brodrick, writing in the early 1930s, observes:

Perhaps the Irish way of being Catholic might best be described as the Way of the Cross. Ireland, indeed, has had no monopoly of martyrdom, but her share of it has been very great and almost unique in comprehensiveness…. She was robbed of her lands, her industries, her distinctive culture, once among the finest in Europe, her language, so full in its simplicities of God and His Mother as to be almost liturgical and, heaviest deprivation, the vast majority of her children. That this terrible spoliation, unparalleled in history, was in the main suffered for religion’s sake is the verdict of impartial research.

Indeed, even within the first generation of the Reformation in England, English Protestants were already attacking and trying to replace the Catholic Church, a trend that would continue with varying degrees of intensity for another 350 years.

Yet long before the Reformation, the Irish had already developed a reputation for being some of the most ascetic Catholics in Europe. Says Brodrick: “It would probably not be very far out to say that the true Irishman is austere by nature despite the gaiety with which he is credited.” The stories of the earliest Irish saints are filled with stories of dramatic penances and prayers, such as St. Columcille, who after the Vespers of the vigil of the Lord’s Day would stay up through the night on his bed, “where he had the bare rock for mattress and a stone for pillow.”

Yet even with the many sufferings, trials, and persecutions of the Irish people, her saints were capable of humor. “When heresy seeks to find a footing in Ireland solvuntur risu tabulae — the people are kept from it by a saving sense of humor” says McNabb. When a man came to St. Malachy (1095-1148) asking for the grace of tears because of a fear regarding the barrenness of the penitent’s soul, St. Malachy’s blessing resulted in uncontrollable rivers of water running down from the man’s eyes — he asked for it!

In another story, a cellarer who was drawing beer from the hogshead into a large tankard was summoned by St. Columbanus. In the hurry of the moment, the brewer neglected to put the cork back in the hogshead. Nevertheless, upon his return, he found that not a drop had been spilled — perish the thought that alcohol be wasted, even when holy duties are involved!

A militaristic approach to holiness, a dare-devil missionary adventurism, a willingness to endure tremendous suffering, and a humble humor — these are some of the most salient qualities of Irish sanctity. Certainly such traits can be found among the saints of every culture, but if Sheed is right, they do seem to coalesce quite often in the saints of the Emerald Isle. For those of us eager to connect with our Irish heritage, or simply honor St. Patrick on his feast day, one can do no better to emulate these holy men and women.

Share on FacebookShare on TwitterShare on PinterestShare on EmailShare on LinkedIn
‘It was a miracle I escaped’: Nigerian sister recounts deadly shootingBring Saint Patrick’s peace and sympathy to Ukraine conflict, Irish archbishops say