The Seven Churches Pilgrimage: Basilica of Holy Cross in Jerusalem 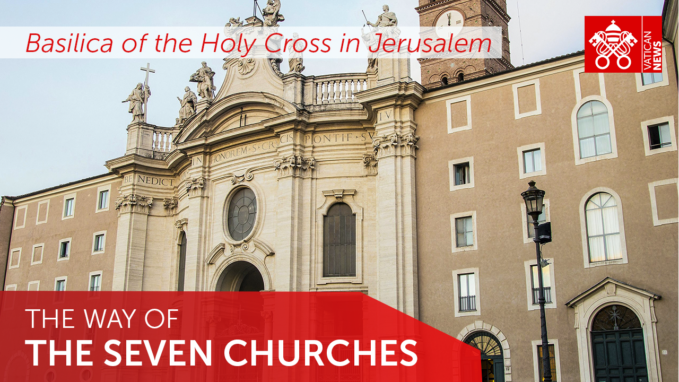 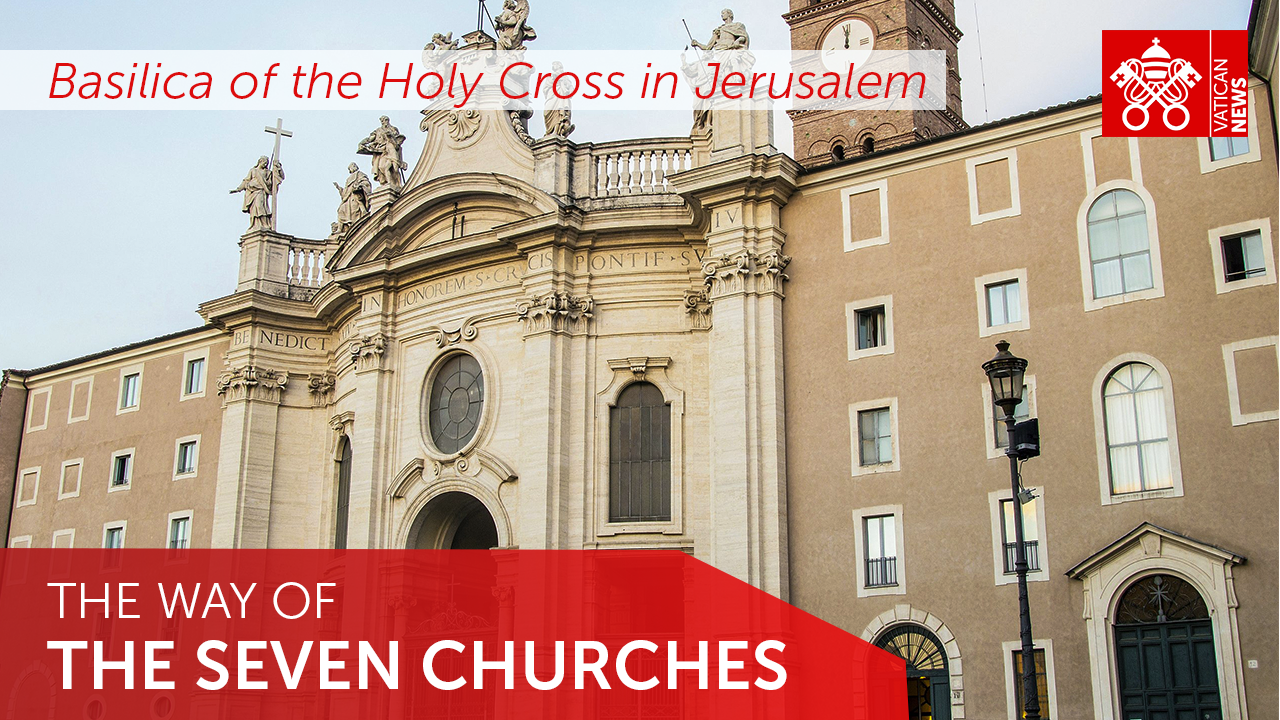 Our pilgrimage brings us to the Basilica of the Holy Cross in Jerusalem.

The basilica, initially built by Emperor Constantine and his mother Helena, is home to the most treasured relics of the passion of Christ.

It has been rebuilt and modified through the centuries, and its present appearance as a baroque church is the result of rebuilding between 1741 and 1744.

The façade is brought to life with a series of balusters and statues of the four Evangelists, St. Helena and Emperor Constantine.

According to the traditions, St. Helena traveled to the Holy Land around the year 326, and she destroyed the temples dedicated to Jupiter and Venus that Emperor Hadrian had built in the 2nd century on the site of Calvary and the Sepulchre.

She left part of the Cross in Jerusalem, sent a part to Constantinople, and brought the rest to Rome with other relics of the Passion.

Inside the church is a chapel which continues a collection of relics, including:

·       A finger that is said to have belonged to St. Thomas, who at first doubted the Resurrection, and then placed his finger in the risen Christ’s wounds;

·       A fragment of the cross of the “Good Thief” who was crucified with Jesus;

·       A reliquary containing small pieces of the Scourging Pillar; the Holy Sepulchre; and the crib of Jesus;

·       The Title of the Cross: the inscription engraved on the Holy Cross shows the word “Nazarene” written in Hebrew, Latin, and Greek.

St. Helena returned to Rome bringing not only the relics but also some soil from Calvary.

She sprinkled this earth on the floor of the first chapel, which bears her name.

The Basilica of the Holy Cross in Jerusalem remains an important religious site for both Rome and the Universal Church.

On our pilgrimage, try spending a little longer in this church to reflect on the triumph of the Cross, which is our only banner as followers of Christ.

Share on FacebookShare on TwitterShare on PinterestShare on EmailShare on LinkedIn
The Lord’s Day Reflection: “Waiting in silence”St. Thérèse’s Devotion to the Holy Face: Lessons for Today’s World