Home Test page The Pope in Iraq: Starting over from Abraham to recognise one another as brothers

The Pope in Iraq: Starting over from Abraham to recognise one another as brothers 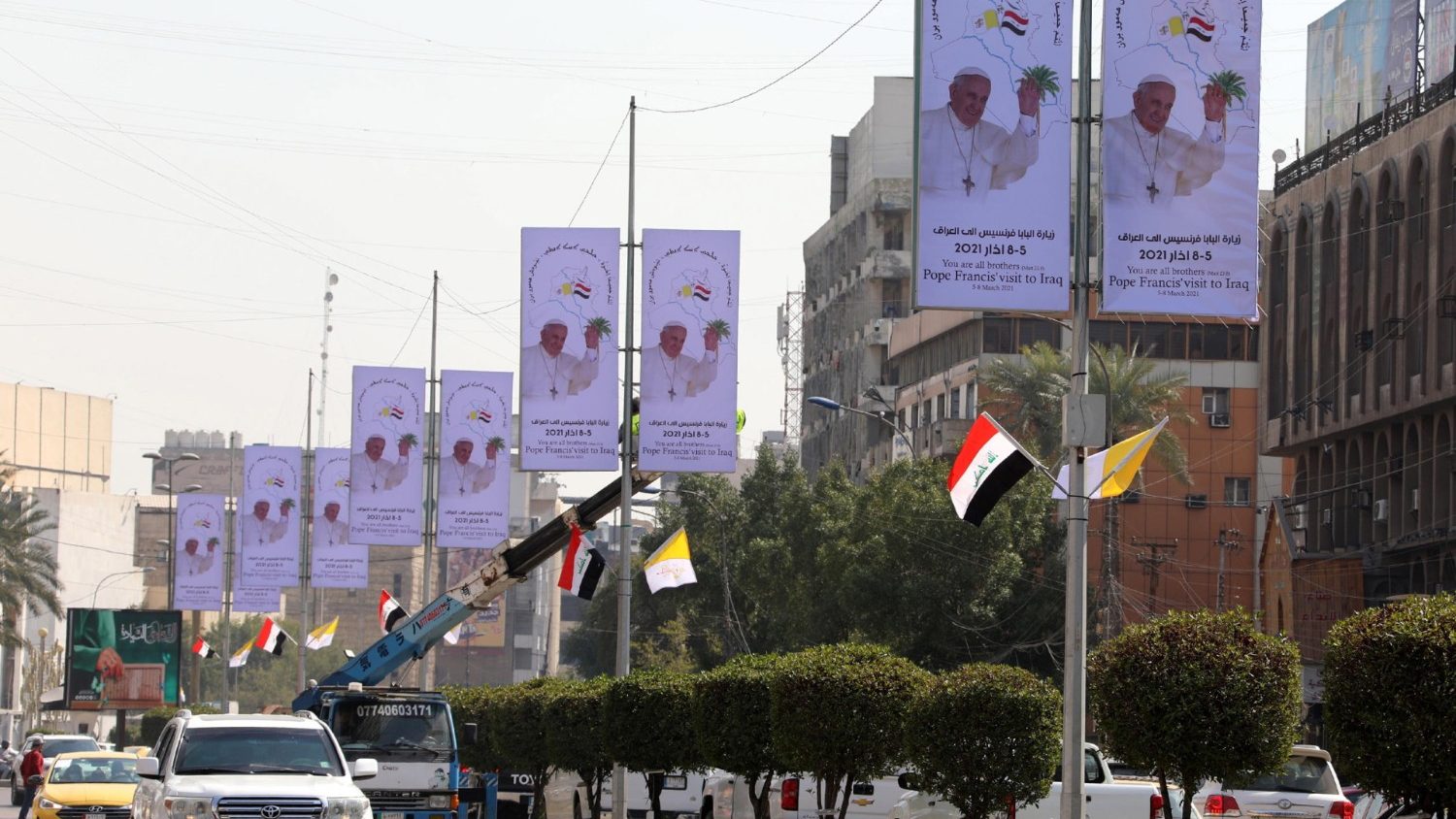 Iraqi Christians had been waiting for the Pope for twenty-two years. It was in 1999 when St John Paul II planned a short but significant pilgrimage to Ur of the Chaldees, the first stage of the Jubilee journey to the places of salvation. He wanted to start with Abraham, the common father recognised by Jews, Christians and Muslims. Many advised the elderly Polish pontiff against making a journey which could have run the risk of strengthening Saddam Hussein, who was still in power after the first Gulf War. Pope John Paul II went forward, despite attempts to dissuade him, particularly by the United States. But at the end of the day that whirlwind trip of an exclusively religious nature did not take place, due to the opposition of the Iraqi president.

In 1999, the country was already on its knees because of the bloody war with Iran (1980-1988) and the international sanctions that followed the invasion of Kuwait and the first Gulf War. The number of Christians in Iraq at the time was more than three times higher than it is today. John Paul II’s missed trip remained an open wound. The Polish Pope raised his voice against the second Western military expedition to the country, the lightning war of 2003, which ended with the overthrow of Saddam’s government. At the Angelus of 16 March he said: “I would like to remind the member countries of the United Nations, and especially those who make up the Security Council, that the use of force represents the last recourse, after having exhausted every other peaceful solution, in keeping with the well-known principles of the UN Charter.” Then, in the post-Angelus, he pleaded: “I belong to that generation that lived through World War II and, thanks be to God, survived it. I have the duty to say to all young people, to those who are younger than I, who have not had this experience: ‘No more war’ as Paul VI said during his first visit to the United Nations. We must do everything possible.”

He remained unheard by those “young people” who made war and were incapable of building peace. Iraq was hit by terrorism, with attacks, bombs and devastation. The social fabric disintegrated. And in 2014, the country saw the rise of the so-called Islamic State, proclaimed by ISIS. Devastation, persecution and violence continued, with regional and international powers fighting on Iraqi soil, with the multiplication of out-of-control militias. The defenceless population, divided by ethnic and religious allegiances, is paying the price, at a high cost in human lives. Looking at the Iraqi situation, one can see for oneself the concreteness and realism of the words that Francis wanted to hammer home in his latest encyclical, Fratelli tutti: “We can no longer think of war as a solution, because its risks will probably always be greater than its supposed benefits. In view of this, it is very difficult nowadays to invoke the rational criteria elaborated in earlier centuries to speak of the possibility of a “just war”. Never again war!… Every war leaves our world worse than it was before. War is a failure of politics and of humanity, a shameful capitulation, a stinging defeat before the forces of evil.”

Hundreds of thousands of Christians during these years have been forced to abandon their homes and seek refuge abroad. In a land of the earliest evangelisation, whose ancient Church has its origins dating back to the apostolic preaching, Christians today are waiting for Francis’ visit as a breath of fresh air. The Pope had already long ago announced his willingness to go to Iraq to comfort them, following the only ‘geopolitics’ that moves him – that is, the desire to demonstrate his closeness to those who suffer, and to encourage, with his presence, processes of reconciliation, reconstruction and peace.

For this reason, despite the risks linked to the pandemic and security, despite the recent attacks, Francis has kept this appointment on his agenda, determined not to disappoint all the Iraqis who await him. The heart of the first international trip, after fifteen months of forced suspension due to the consequences of Covid-19, will be the meeting in Ur, in the city from which the patriarch Abraham departed. It will be an opportunity to pray together with believers of other religious faiths, especially Muslims, to rediscover the motives for coexistence among brothers, so as to rebuild a social fabric that goes beyond factions and ethnic groups, and to deliver a message to the Middle East and to the whole world.

Share on FacebookShare on TwitterShare on PinterestShare on EmailShare on LinkedIn
Burmese cardinal: ‘Innocent blood may not be spilt on this land’Cardinal Parolin: Pope Francis’ visit is sign of closeness to the Church in Iraq