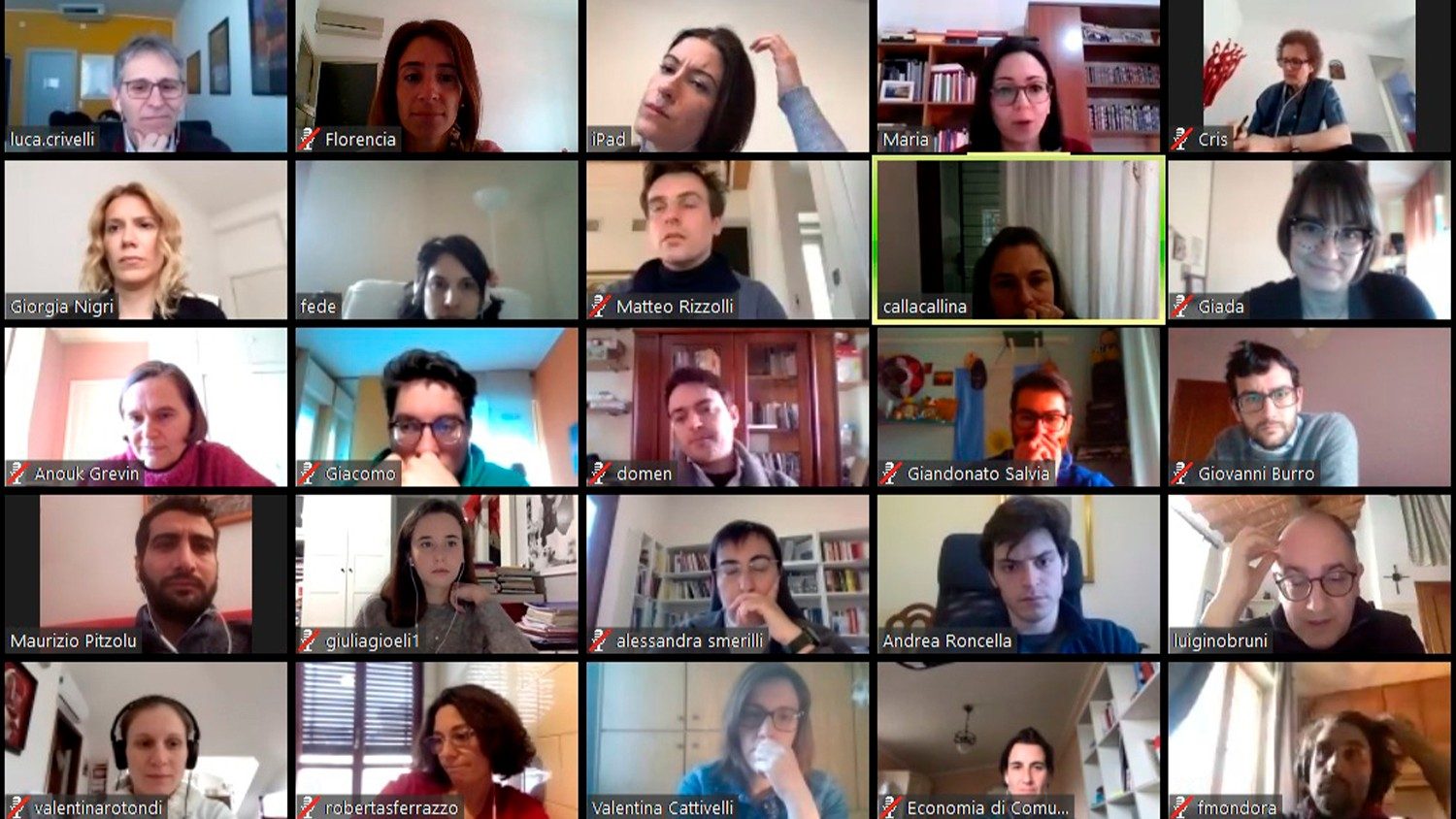 Over 2000 “change-makers” from all corners of the earth are participating in the three-day “The Economy of Francesco” event taking place until Saturday 21 November.

A virtual platform connected participants for the launch of the event on Thursday afternoon, with the city of Assisi at the heart of it all, providing inspiration, its peerless spirit of fraternity and universal love, and much symbolism upon which to place the cornerstone of an economy of communion.

The so-called “change-makers” are young economists, businessmen and women bringing their virtuous models of entrepreneurship to the table, and world-class experts in economy and social sciences who have come together to respond to Pope Francis’ invitation to transform hope for the rights of future generations into reality.

A brief video, featuring some of the participants from across the globe set the event into motion: “We are here together to build the world of tomorrow where nobody will be left behind,” they declared.

And throughout the afternoon (or morning depending on where they are), people young and not-so-young, from different continents and realities, linked-up to listen to each other’s stories, testimonies and ideas. The intense 4-hour session was  interspersed with videos, music, drama and the breathtaking images Assisi, its art, nature and places of faith.

The first to address the multitude was Bishop Domenico Sorrentino of Assisi, with words of (spiritual) welcome, because he said, coronavirus may have changed the logistics – moving what was intended to be a “physical meeting” into a virtual realm – but it has certainly not dampened enthusiasm or curtailed commitments.

Speaking in English, he thanked the young people for being here; he thanked Pope Francis for his intuition and guidance; and he thanked St Francis, himself “a change-maker” and an “economist” who diverted a ruinous trend of injustice and exclusion when he “embraced the leper” and placed the poor at the centre of his apostolate.

Cardinal Peter Turkson was next in line. The Prefect of the Vatican Dicastery for Promoting Integral Human Integrity, the main promoter of the event, also set his welcome speech within the context of the pandemic that, he noted, has created even more exclusion and inequality.

Recalling Pope Francis’ invitation to come up with more equitable economic models that “invest in people in respect for creation” and global solidarity, Cardinal Turkson said: “you seek to help Pope Francis, the Church and the world to emerge better, imagining and developing an economy that is inclusive, sustainable and that can help our brothers and sisters to live together in our common home.”

He reflected on the possibility of new and equitable economic models, “aimed not at serving few but at benefiting all”, and he thanked those present for setting the course for radical change, “conceiving economies and business activities as noble vocations” directed towards producing wealth that improves the world and that serves humanity.

He said that the Dicastery he heads works alongside men and women of goodwill who strive to create “good companies” and “good jobs” in pursuit of the common good, and pledged always to “accompany” and provide “moral guidance.”

“Inspired by S Francis of Assisi, with our gaze firmly fixed on Jesus and the leadership of Pope Francis,” the Cardinal added, “you, young people of faith and goodwill, can deploy a noble expression of social love by generating a new economy that brings about good wealth.”

“Thank you,” he concluded, “for bringing light into our dark world, for bringing love in these times of indifference and challenges, for bringing hope to many of us who are still in despair, and for bringing faith in a different economy which will sow friendship and bring harmony among God’s children.

Other words of welcome were proffered – in English – by the Mayor of Assisi, Stefania Proietti, who said: “fraternity and humanism should be the fuel of a sustainable economy”.

Finally, the moving speech of the visibly moved President of Assisi’s Istituto Serafico for severely disabled children: “Pope Francis has given you the responsibility and the trust to care for our brothers and sisters and our common home,” said Francesca Di Maolo, noting that the pandemic has not stopped “The Economy of Francesco” but has set a chain-reaction into motion.

In Assisi, she said, a new equation can be formulated: “Economy + Fraternity x Development = Future”