This is going to be a negative review. I regret that, because I think there is a great need for books like this. It is a book by a professional philosopher, on a topic of general interest, written for the general public. The role of public intellectual is likely difficult to take on, and I don’t like criticizing someone trying in good faith to make that step. I applaud Michael Austin for his intentions and for his courage in taking on this project, and hope he will continue writing and thinking about these matters, for I think work of this kind is sorely needed. 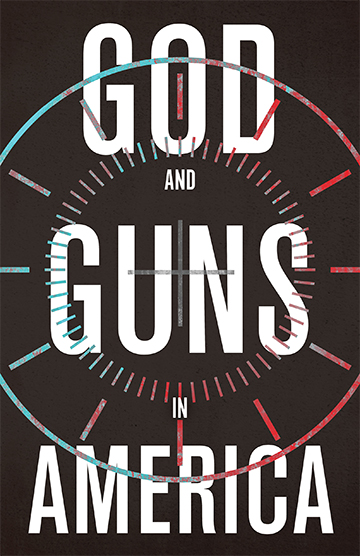 But I can’t recommend his book.

Austin tells us at the outset that he has two goals in the book. First, to argue that US Christians need to rethink their views on guns. Second, to argue that we need better gun laws. That is: more restrictive gun laws. This book is by a Christian and intended primarily for evangelical Christians. It is fair to say it presents a Christian argument for more gun control in the US.

Still, Austin denies being anti-gun, “…I have been around guns my whole life…. I grew up as a gun guy in a gun family…. I am not afraid of guns. I am not antigun, whatever that means.” So he comes to the conversation as a friend of guns. More, he comes to the conversation as a voice of reason and a model of intellectual integrity. He seeks to “elevate our conversation.” He seeks to be fair. He hopes to “improve our collective thoughts” on these matters. He wants the reader to “sense [Austin’s] own integrity.” He intends to be “an honest broker of information.” For what it’s worth, nothing I say in what follows should be taken to raise any doubts about his honesty.

This means Austin has two kinds of goals, laid out in those first two paragraphs. First, he wants to achieve some significant results in terms of establishing conclusions and changing hearts. But, second, he wants to do it via a very fair and balanced method of presentation. So the second goal means that he can’t rest satisfied in a rhetorically effective but rationally sub-par line of argument that nevertheless helps him achieve the first goal.

But the first goal means that he has to make strong claims. I contend that the dual goal wasn’t met, and possibly couldn’t have been met in a book this length. Something had to give, and what gave was careful and balanced presentations of the relevant material. The advocacy consistently overwhelms the fairness.

The upshot is that despite Austin’s efforts, we still have a long way to go in getting these conversations to a place where we’re sufficiently attentive to the details and sufficiently fair to all sides. I have no objection to polemics or one-sidedness as such. It’s not Austin’s advocacy that I object to—it’s that his readers are getting advocacy in the guise of—and instead of—accuracy. Let me give some details now to try to support this contention.

The book has seven chapters. The first is largely a rough history of guns in the US (see note 2 above for a brief assessment of that material. Chapter 2 is a quick study of the “right” to own a gun, in which Austin grants that there is such a right, and that it can be significantly restricted on the basis of other rights, such as a right not to be shot. Chapter 3 is a quick survey of some bad arguments in the public discussion of guns. In Chapter 4, Austin introduces his “peace building” approach to violence, which he contends is a kind of third way between a Just War (or “justified violence”) view and a pacifist view. The fifth chapter studies some relevant biblical passages, and the sixth connects violence with virtue ethics, and assesses the connection between guns and character. The final chapter presents Austin’s proposals for various new forms of gun control, which happen to line up well with what Democrat candidates might suggest.

I cannot, of course, go into any kind of adequate detail regarding all this material. A few brief hints of my objections will have to suffice. For one example, Austin writes, “they [Stand-Your-Ground laws] are also intended to allow individuals to use such force [viz. lethal force] in defense of their property.” Now, this claim is demonstrably false: and the demonstration requires no real effort. To pick one Stand-Your-Ground state, my home of North Carolina: nobody is permitted to use lethal force in defense of property, ever, period. You are permitted to use lethal force only in the face of an imminent threat of death, great bodily harm or sexual assault.1 If we’re seeking to elevate the conversation, improve our thoughts and be honest brokers of information, we’d better take care not to make such manifestly erroneous claims.

As I mentioned, Austin’s peace building view is supposed to be an alternative to a kind of traditional just war approach to violence. But he doesn’t adequately specify how it actually differs from Just War, apart from saying his view “is distinct from defense of or participation in just war in that it takes seriously the use of violence as a last resort, an idea endorsed by rarely followed by defenders of just war.” There is no citation here providing evidence for this bold claim. What does it mean to say that just war theorists don’t take seriously the notion of violence as a last resort?

Another attempt at drawing a contrast between his theory and Just War: “peace building endorses the belief that there may be times when a Christian should allow his own life, and even the lives of those he loves, to be taken.” But Just War theorists can certainly say the same. St. Thomas surely does.

One last example. Austin writes, “Some who carry guns even refer to themselves as ‘sheepdogs,’ heroic protectors of the cowardly sheep who refuse to protect themselves from the evil wolves.” The word to focus on there is ‘cowardly.’ Later, Austin claims that according to the sheepdog imagery, “the idea is not merely that criminals are less moral than others. It is that they are less valuable, even though they are fellow human beings.”

The sheepdog imagery is closely tied to LTC Dave Grossman, who wrote:

If you have no capacity for violence then you are a healthy productive citizen: a sheep. If you have a capacity for violence and no empathy for your fellow citizens, then you have defined an aggressive sociopath–a wolf. But what if you have a capacity for violence, and a deep love for your fellow citizens? Then you are a sheepdog, a warrior, someone who is walking the hero’s path…. Understand that there is nothing morally superior about being a sheepdog; it is just what you choose to be… In nature the sheep, real sheep, are born as sheep. Sheepdogs are born that way, and so are wolves. They didn’t have a choice. But you are not a critter. As a human being, you can be whatever you want to be. It is a conscious, moral decision.2

You see here no reference to cowardice: indeed there is an explicit claim that the sheep are not morally worse than the sheepdogs. Grossman does not, to my knowledge, ever call sheep cowards: surely, anyway, there would be something odd about saying the sheepdogs have deep love for the ‘sheep’ but hold them in contempt at the same time! Nor is there any ontological claim such as that the ‘wolves’ are less valuable. The point he makes is that they are less moral—the very thing Austin (implicitly) criticizes him for not saying. Austin makes no distinctions, offers no nuance, says nothing to explain the sheepdog imagery or show why a decent person might use the imagery.

What Austin aims to do is important. I have been saddened more than once, in talking with Christian friends, by hearing them echo some of the worst rhetoric from the “pro-gun” side, or by hearing them support the 2nd Amendment with a near-religious zeal. Austin speaks of guns becoming idols, and this can be all too true. Christians called to be salt and light can’t just slide into a place in the secular culture and call it home, and I think Austin is right to challenge us on this point.