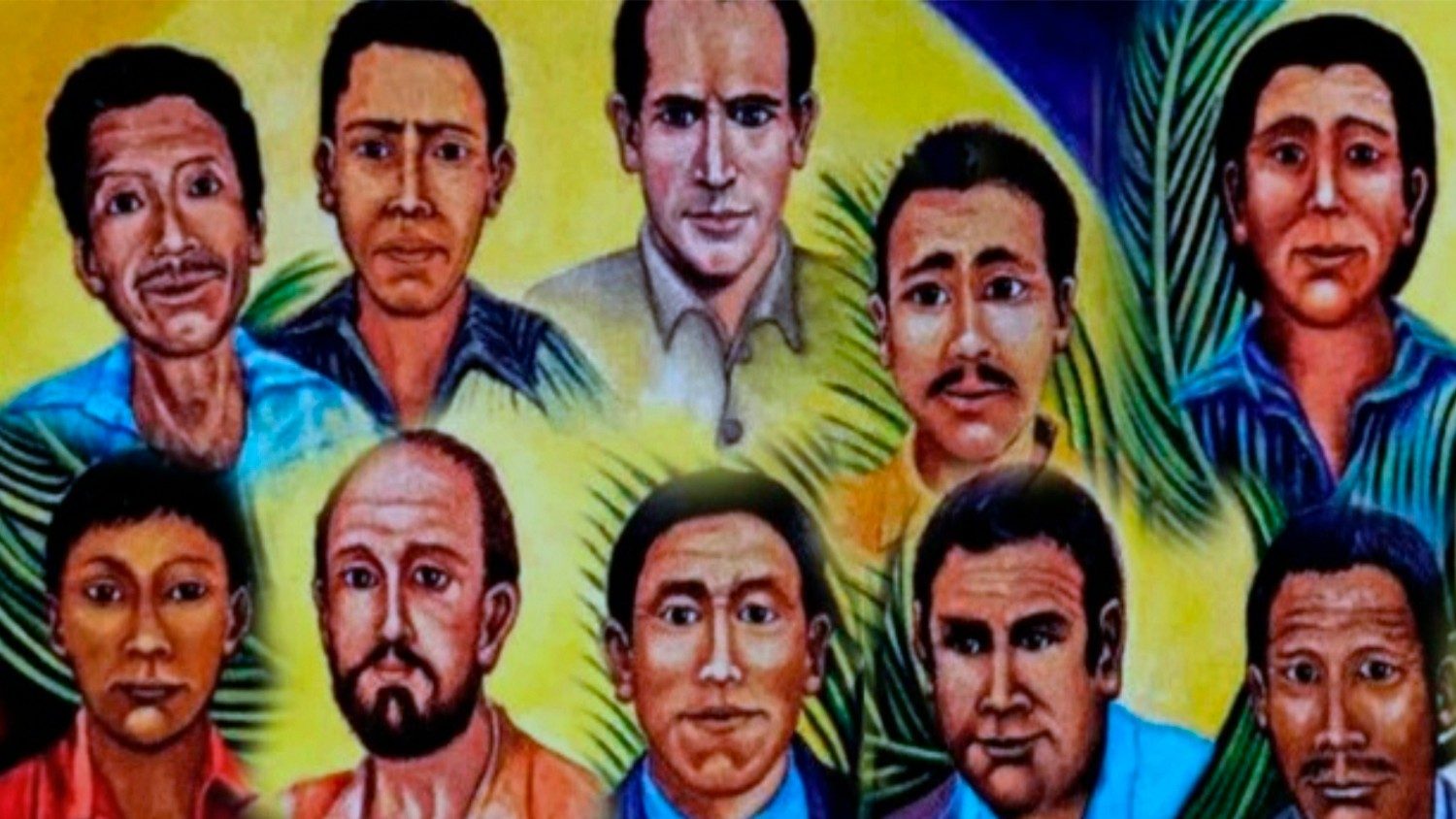 The beatification Mass for ten martyrs of Quiché takes place in the cathedral of Santa Cruz del Quiché, Guatemala, on Friday. It will be presided over by Cardinal Álvaro Leonel Ramazzini.

Among those to be beatified are three priests of the Missionaries of the Sacred Heart: Jose Maria Gran Cirera, Juan Alonso Fernandez and Faustino Villanueva; and seven laymen: Rosalío Benito, Reyes Us, Domingo del Barrio, Nicolás Castro, Tomás Ramírez, Miguel Tiú and 12-year-old Juan Barrera Méndez. All ten of them were killed in “hatred of the faith” in Guatemala between 1980 and 1991.

Missionaries on the move

In an interview with Vatican News, Bishop Rosolino Bianchetti Boffelli of Quiché diocese recalled the lives of the ten martyrs against the backdrop of the history of the country.

“Our martyrs were truly missionaries on the move,” Bishop Bianchetti affirmed. “They went from house to house, keeping the faith alive, praying with their brothers, evangelizing, imploring the God of life. They were men of great faith, of great trust in God, but at the same time of great dedication to bring about a change, a different Guatemala.”

Between 1960 to 1996, Guatemala struggled through a conflict between its military regime and various leftist groups, during which time over 200,000 people were killed. Around the 1980’s the Church began to undergo systematic persecution for its role in the defense of the dignity and rights of the poor.

Following in the footsteps of Jesus

Bishop Bianchetti noted that the ten martyrs did not hesitate to join the process of new evangelization which was being promoted by Catholic Action as “a method, a way, a style of living the faith following Jesus of Nazareth.” He added that in spite of the threats, they embraced their cross and were persecuted and eventually killed by those who considered the teachings of the Gospel a danger to the interests of the powerful.

“They were men of greater stature,” he said, adding that with the Word of God and the Rosary in hand, they would go around communities assisting those in need. The priests would act as guides for the people, while the laypeople visited the sick, served in the church, and, after finishing their jobs as farmers, would help the peasants recover lands that had been unjustly stolen from them.

Significance of the beatification

Speaking on the significance of the beatification of the martyrs for the Church in Guatemala, and in particular, the diocese of Quiché, Bishop Bianchetti said that it is the “culmination of a long journey that Jesus called these men to undertake.”

He also noted that for the people, the beatification is a sign to be enthusiastic and to become more passionate in following Jesus, while preserving the “torch of faith” left behind by the martyrs.

“I call them ‘contemplatives in action’ with that faith they carried in their hearts, with that vision, or spirituality inherited from their ancestors that combined a deep faith with a total trust, a limitless dedication to Jesus in the service of their brothers,” he said.

Bishop Bianchetti went on to hail the example of Juan Barrera Méndez, also known as “Juanito” who, though being only 12 years of age, showed deep spiritual maturity as a catechist for children preparing to receive their first communion, and even received the sacrament of Confirmation.

He recounted that according to the testimonies they were given, Juan was passionate in following Jesus and even wanted to build a church near his house so that his father, who was not a firm Christian, could participate.

He added that Juanito was tortured the day he was captured in an army raid in his community and they cut off the soles of his feet. Then they made him walk along the riverbank. “He stood firm, testifying with his life, with his blood. He was hung on a tree and shot…. Like ‘Jesus crucified’ on a tree. And Juanito shines today. His testimony went ‘viral’, here the boys call him the ‘Carlo Acutis of Guatemala’,” the Bishop said.

Bishop Bianchetti highlighted that the example of the martyrs is a source of inspiration for the communities in Guatemala today as they face the challenges of our time, including poverty, unemployment, exploitation and forced migration.

“At this point in the third millennium, there are still many communities without electricity, including some that are very close to hydroelectric plants. There is also the suffering of our migrants, most of whom leave for the United States and from there contribute to the construction of societies, schools and the development of communities.”

The Bishop added that the beatification also serves as a call to build a reconciled Guatemalan society with joint efforts from all.

“There is not a single testimony that says this one took revenge for the death of the martyrs,” he said. “No one took revenge because they killed his relative, his father or his friend, or because they burned their own houses. No testimony of revenge. But there is a lot of suffering and open wounds. That is why we must continue to make a journey to heal these wounds with our eyes and hearts fixed on Jesus crucified and risen…This is our task.”

Finally, in the face of the ongoing pandemic, Bishop Bianchetti pointed out that the people of Guatemala are struggling to survive with dignity in spite of the challenges. He also highlights that, “The Church here in Quiché, humbly, but with much hope, is walking and wants to continue building hand in hand with our martyrs, new heavens and new lands, with much faith, with much illusion and with much passion for the Kingdom of God.”