Home Test page Syrian Archbishop: Despite the difficulties, the Church is still here

Syrian Archbishop: Despite the difficulties, the Church is still here 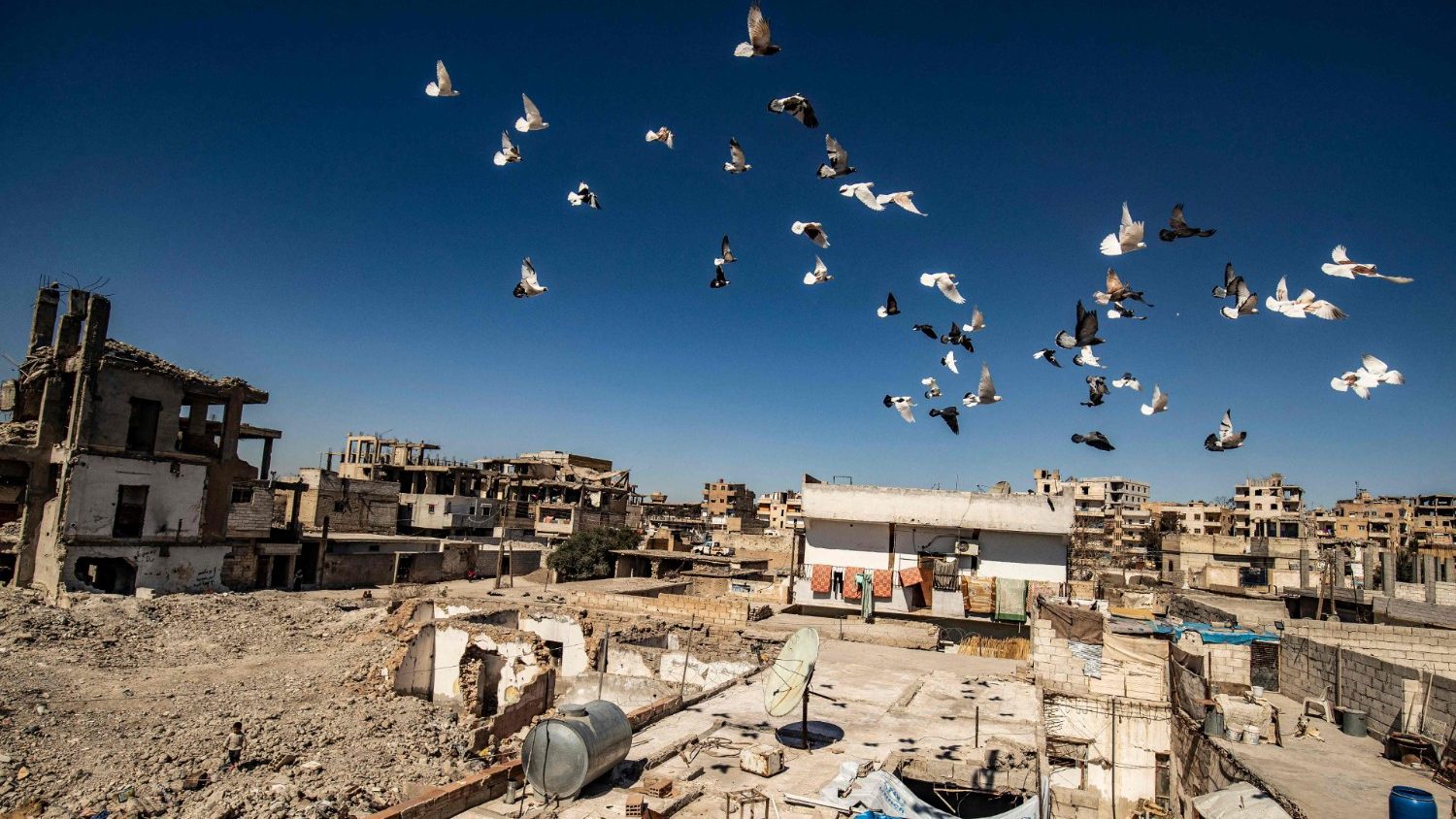 After a decade of violence and conflict, the civil war in Syria has exacted a heavy toll on its population. Millions have been killed, hundreds of thousands have been injured or are displaced, and an untold number are in need of humanitarian assistance.

Particularly affected in this terrible situation are the children. The United Nations Children’s Fund (UNICEF) reports that about 90 percent are in need of urgent aid as they have been profoundly impacted by violence, displacement, severance of family ties and lack of access to vital services such as education and healthcare. All these emergencies, further aggravated by the ongoing Covid-19 pandemic, paint a grim picture.

Pope Francis has continually appealed for peace in the war-ravaged country. Most recently, during the Angelus on Sunday, he once again lamented the Syrian war because it has caused “one of the worst humanitarian disasters of our times.” He called on the international community to provide “decisive and renewed” commitment to rebuilding the country and urged the faithful to pray to the Lord so that “the great suffering in our beloved and tormented Syria may not be forgotten, and that our solidarity may revive hope.”

As the country struggles with its challenges to restore peace after ten years of hostilities, Federico Piana of Vatican News spoke with Maronite Archbishop Joseph Tobji of Aleppo who reflects on the situation of war in Syria and its devastating effect on the country’s citizens.

Archbishop Tobji expresses gratitude to Pope Francis for his appeal for an end to war in Syria on Sunday. He notes that hearing the Holy Father’s appeal was a great relief, and feeling the Pope’s closeness is “joy and consolation” because the people of Syria feel forgotten.

“We no longer have hope in human beings but only in the Lord,” said the Archbishop who laments the massive devastation of the country. “Now we feel abandoned by the international community.”

The Archbishop further notes that sanctions have thrown the country into further despair and an estimated 83 percent of the population is living below the poverty line.

“The people have nothing to do with it and they always pay,” he laments.

A tried but hopeful Church

Amid the prolonged years of fighting, the Church has been profoundly affected. Archbishop Tobji explains that currently, Christians are less than a quarter of the number they used to be when the conflict began. On top of that, young people and professionals are fleeing the country while the poorest and the vulnerable remain.

Further illustrating his point, the Archbishop said that this year, there are only eight people getting prepared to receive their First Holy Communion – a situation that dampens hopes, especially regarding pastoral care.

However, in spite of everything, Archbishop Tobji expresses optimism the Church will do its best to be active. He notes that some churches are being renovated and plans are being made to renovate even others more.

“This is a sign that, despite many difficulties, we are still here,” he says.

In early March, a report by Save the Children highlighted that after a decade of war in the country, many people, particularly children who have fled the conflict do not want to return to Syria. A survey of Syrian refugee children in Jordan, Lebanon, Turkey and the Netherlands showed that 86 percent of them said that they would not want to return to their country of origin.

Responding to a question about the hopeful return of Christians who fled for their lives during the hostilities, the Archbishop expressed uncertainty as many Syrian Christians, though unhappy about their stay in the countries that welcomed them, are still not willing to return to the terrible situation in Syria.

Share on FacebookShare on TwitterShare on PinterestShare on EmailShare on LinkedIn
Pope appeals for dialogue to prevail over violence in ParaguayPope Francis: ‘I too kneel on the streets of Myanmar and say stop the violence’