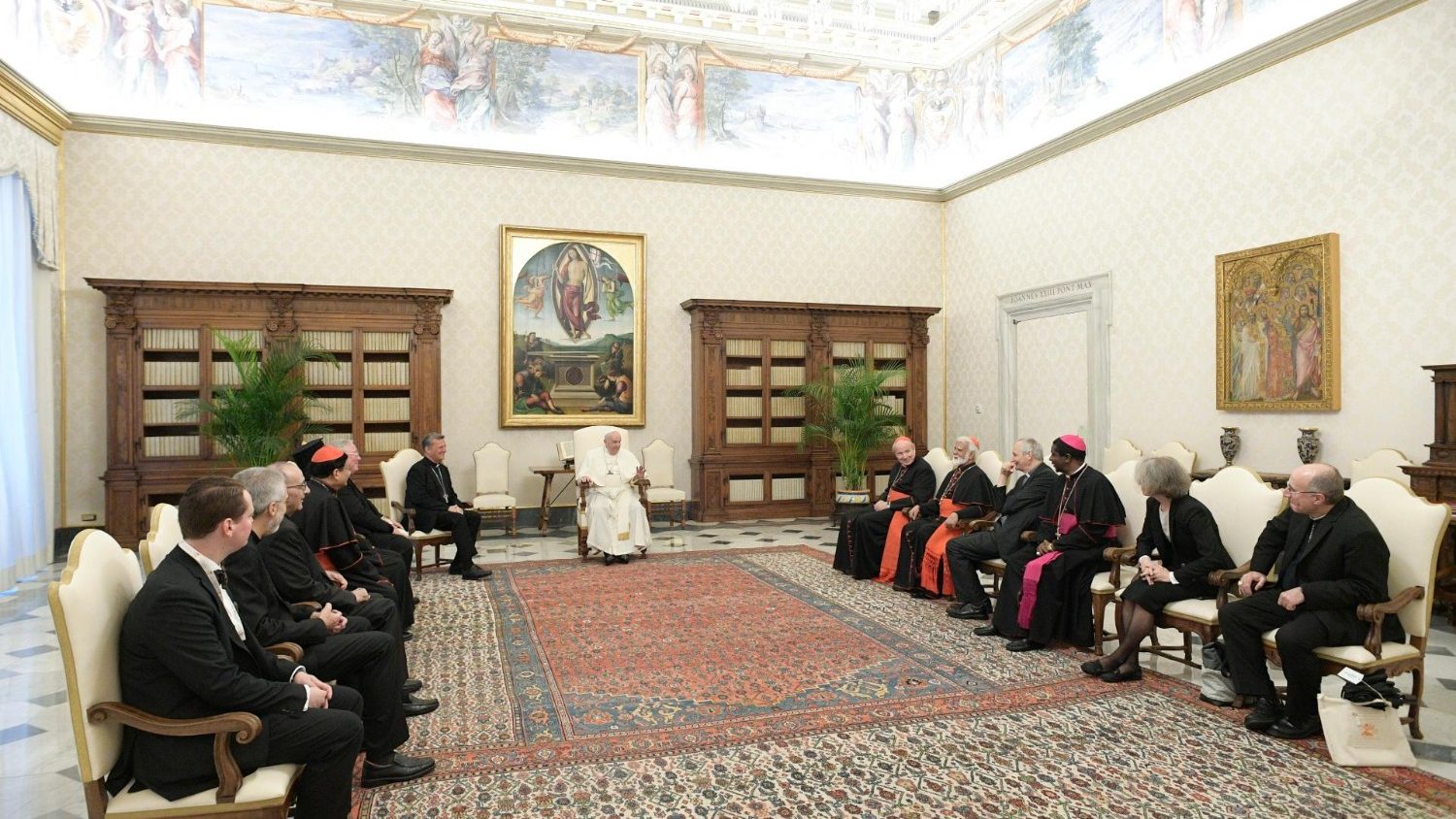 By Synod of Bishops – Press Release

About three months after the opening of the synodal process, the 15th Ordinary Council of the Synod of Bishops expressed great satisfaction with the headway being made by the process at the local level. Close to 98% of the Episcopal Conferences and Synods of Eastern Churches worldwide have appointed a person or an entire team to implement the synodal process.

The Ordinary Council’s assessment was bolstered by the results that emerged from exchanges during some 15 online meetings with synod appointees from around the world organized by the General Secretariat of the Synod of Bishops from November-December in 2021.

The Synodal Process at the Global Level

The Church is on the move! Dioceses and both the laity (organized or not) and consecrated life in particular are showing great enthusiasm, which is being translated into a myriad of initiatives promoting consultation and ecclesial discernment. This is confirmed by the numerous testimonies received by the General Secretariat from all over the world, some of which are published periodically on the website synodresources.org. In addition to being reasons for hope, they are also a sign that the Holy Spirit is at work. Those who have experienced this synodal process in action testify to an experience that brings joy and speak of a true transformation in their feeling of belonging to an ecclesial community.

In general, the timing, the modalities employed in the consultation, and the participation of the People of God vary from region to region. The synodal process has been particularly welcomed with joy and enthusiasm in several African, Latin American, and Asian countries. In places where a diocesan or national synodal process was already underway or about to begin, the two synodal dynamics have been successfully harmonized. The extension of the listening phase of the People of God has been particularly appreciated.

The documents published by the General Secretary have been well received, and commendable efforts have been made to translate them at the local level. In some countries, this task is further complicated by multiplicity of local languages and the distances between ecclesial communities.

The ecumenical dimension has been well integrated and follows the indications suggested in the joint letter of October 29 written by Cardinal Koch and Cardinal Grech. Even on the part of the other Christian confessions there is a certain enthusiasm and desire to contribute to the synodal journey undertaken by the Catholic Church. The interreligious dimension has become a natural part of this process in countries where Christians are in the minority.

A consistent effort has been made to promote communication through various media and online platforms. Many Dioceses and Episcopal Conferences have provided websites and social network pages recount the journey within their own realities. For its part, in addition to the institutional website synod.va, the General Secretariat communicates through a variety of instruments, such as a weekly newsletter, a website to collect experiences and resources produced at the local level (synodresources.org) and a prayer site for the synod (prayforthesynod.va) created together with the Pope’s World Prayer Network and the International Union of Superiors General.

Many of the faithful perceive the synodal process as a crucial moment in the Church’s life, as a learning process as well as an opportunity for conversion and renewal of ecclesial life. At the same time, various difficulties have also emerged. In fact, fears and reticence are reported among some groups of the faithful and among the clergy. There is also a certain mistrust among the laity who doubt that their contribution will really be taken into consideration.

Furthermore, the current pandemic has constituted a significant obstacle, limiting the ability to meet in person. The consultation of the People of God cannot be reduced to a mere questionnaire because the real challenge of synodality is, precisely, mutual listening and communal discernment.

Other recurring challenges are: 1) the need for formation, especially in listening and discernment so that the Synod is authentically a spiritual process and not reduced to a parliamentary debate; 2) avoiding the temptation to be self-referential in group meetings so that this mutual listening, which finds its foundation in prayer and listening to the Word of God, will lead to opening ourselves to others with a view to proclaiming the Gospel. A synodal church is a missionary church where every single baptized person feels co-responsible for the mission of the Church; 3) finding ways to improve the participation of young people; 4) involving those who live on the margins of ecclesial institutions; 5) the reluctance of some clergy.

In summary, while it seems that the novelty of the synodal process has given rise to much joy and dynamism, a number of uncertainties must also be addressed. There is growing awareness that the synodal conversion to which all the baptized are called is a lengthy process that will prolong itself well beyond 2023.

The desire all over the world is this synodal journey which has begun at the local level continue this journey well beyond Synod 2021-2023 so that tangible signs of synodality might increasingly be manifest as constitutive of the Church.

Note for the preparation of reports

It is a tool at the service of the various ecclesial realities that will be engaged in the coming months in drawing up the results of their ecclesial discernment. The note proposes the idea that the drafting of the report is itself an act of discernment, i.e. the fruit of a spiritual process and teamwork.

Share on FacebookShare on TwitterShare on PinterestShare on EmailShare on LinkedIn
Real PresencePope praises projects to recycle objects, reintegrate people into society