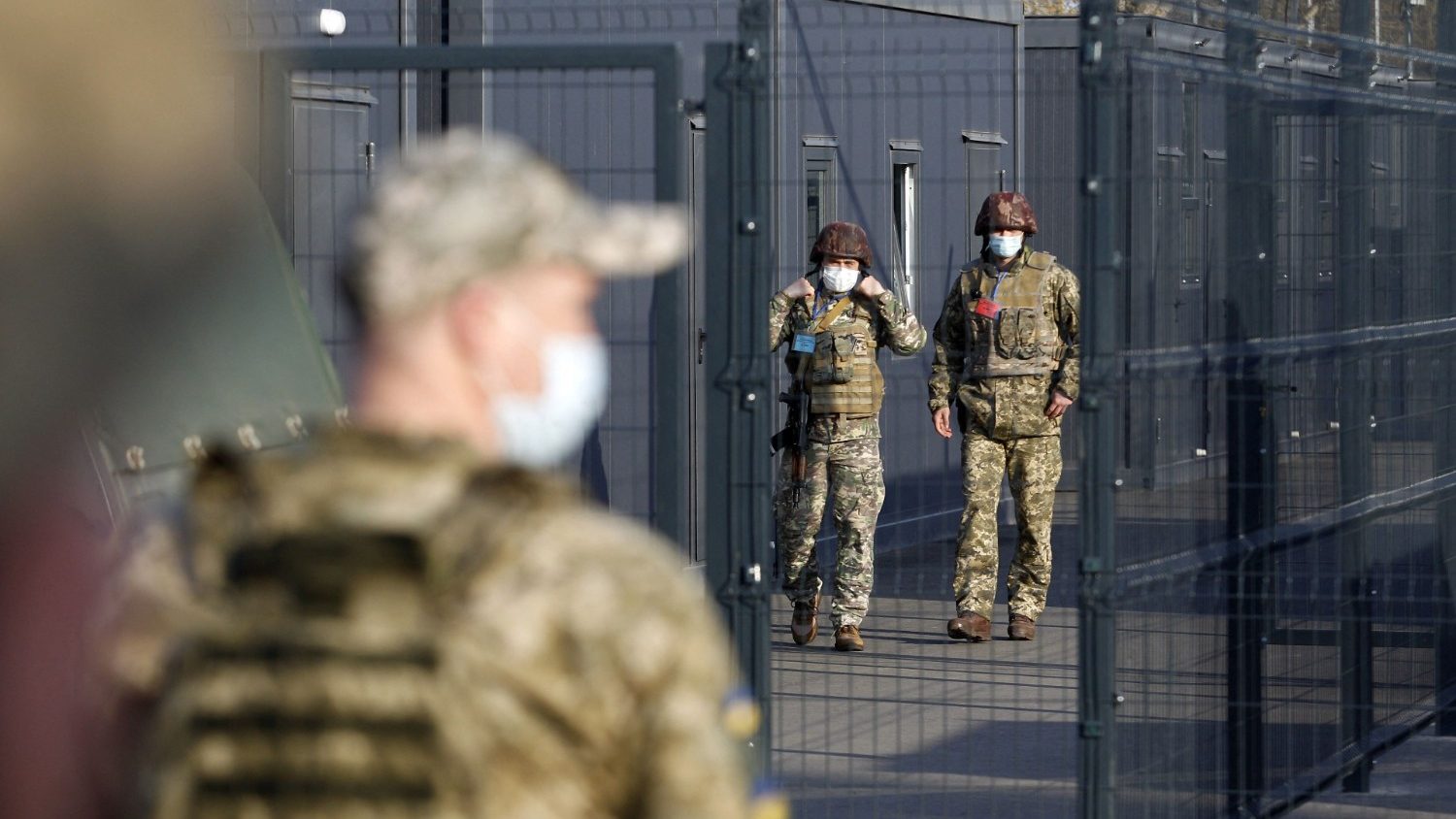 The stationing of tens of thousands of Russian troops along Ukraine’s borders comes as a fragile ceasefire agreement between government forces and Moscow-backed separatists in eastern Ukraine has unraveled in recent weeks. That has enormous consequences for Ukrainian soldiers hiding in trenches on the frontlines in eastern Ukraine.

“They are flying right over us,” a soldier says about the shootings. “They are trying to provoke something when they shoot at us with machine guns and assault rifles. It is not clear why.” Another soldier agrees: “Watch this,” he exclaims at what appears to be incoming sniper fire. “This provocation is happening again.

At least 30 Ukrainian soldiers were killed in this area since the start of the year. As fighting continues, Ukrainian President Zelenskiy seeks four-way talks on easing tensions under the so-called Normandy Format. That format involves Ukraine, Russia, France, and Germany. Both France and Germany have been mediators in the Ukraine conflict since 2015.

Ukraine’s president, who visited his troops on the frontlines, also wants an “all for all” prisoner exchange with separatist forces in the east of the country.

But organizing a summit isn’t easy as relations between the West and Russia are already deteriorating over a host of other issues. That includes the jailing of frail Russian opposition leader Aleksei Navalny who was transferred to a prison hospital on Monday.

However, Ukraine’s president hasn’t given up hope that a high-level summit will yield results. Kyiv views a ceasefire as a precondition for implementing the Minsk peace agreements for eastern Ukraine negotiated earlier.

A truce could also lead to other aspects of the Minsk agreements, such as local elections in the separatist-controlled Donbas area and control over the Ukrainian-Russian border.

Ukraine’s government and Western allies fear that tensions could further rise in a region where the seven-year conflict has killed more than 14,000 people without a new ceasefire.

Share on FacebookShare on TwitterShare on PinterestShare on EmailShare on LinkedIn
Covid-19: Bishops of Costa Rica announce Day of PrayerHead of Irish bishops denounces new law that makes attending Mass a criminal offense