Home Test page Sr. Brigitte Flourez: Returning to the wellsprings to strive ahead

Sr. Brigitte Flourez: Returning to the wellsprings to strive ahead 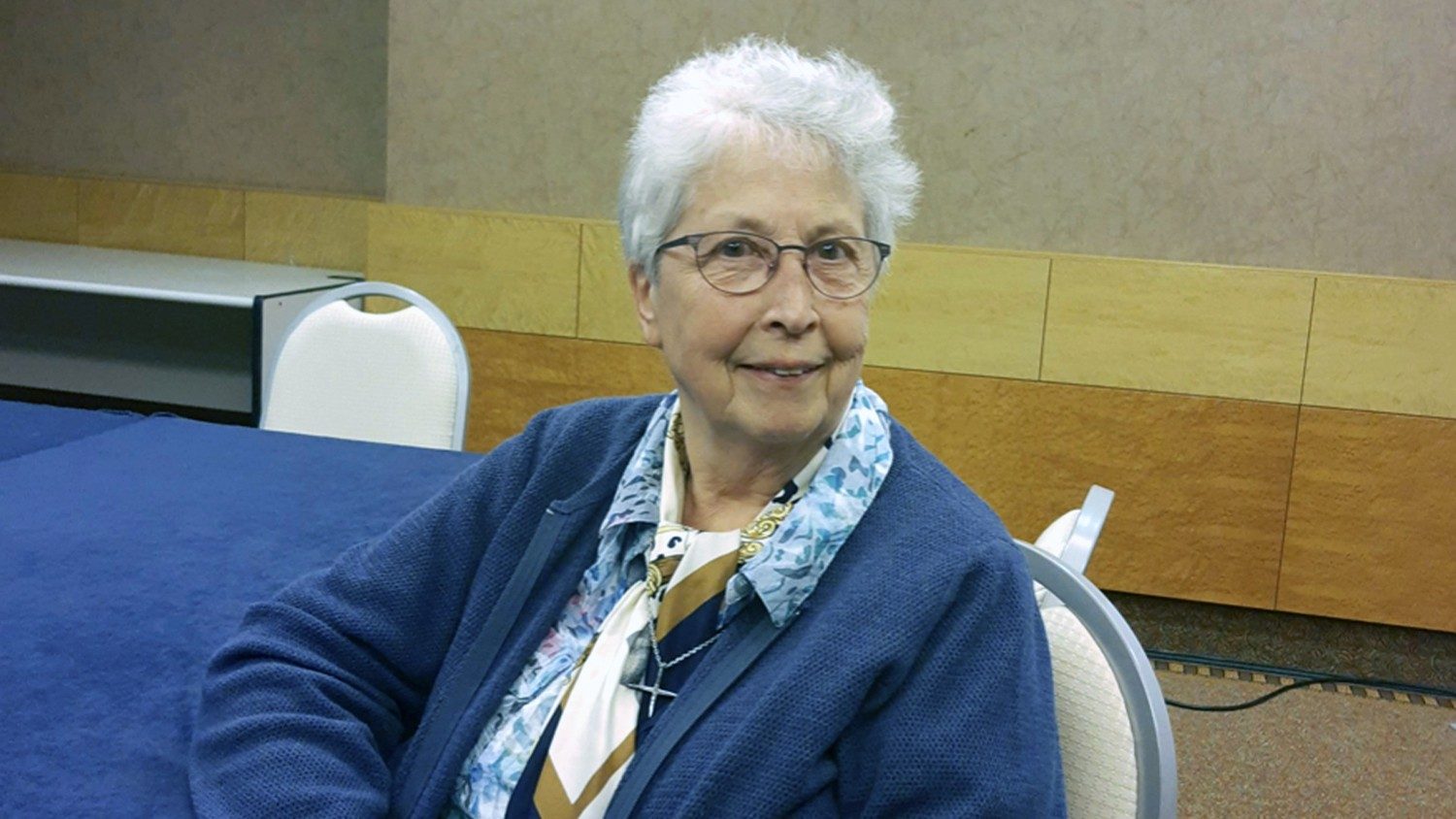 We met at the end of the first day of the 2022 Plenary Assembly of the Union of International Superiors General (UISG). But there was no fatigue on Brigitte’s face, only her sprightly gaze and contagious laugh. However, I could not think of too many questions; all I wanted to do was listen to her.

“My name is Brigitte which is my baptism name, and I am a woman religious. In some countries they call me Mother Brigitte”. So begins our interview with Sister Brigitte Flourez, Superior General of the Infant Jesus Sisters.

“I consecrated myself to Christ due to a desire to dedicate my life to Him and to others. I grew up in a family of believers that taught me to pray and passed on strong social values to me. My parents were involved in rural life and they began transformation processes in agriculture that continue to this day. So, I was very lucky”.

Q: When did you realize that your life was destined for consecration?

During a spiritual retreat, I was moved by Jesus’ love. I said to myself: I have to do something, but what? I sought God in the things I did, in order to understand how to proceed. It was not immediately clear, but I decided to live in a community in a very poor, very working class neighbourhood. I discovered my founder (Nicolas Barré) much later.

Q: Why did your encounter with the  founder of your congregation take place so late?

In fact, we did not begin as women religious, but as a group of lay women dedicated to educating young women. At that time, in 1662, we were what today would be considered a lay association. We became women religious much later. Father Barré was too unconventional for traditional religious life. We were not women religious. Currently, what is important to us is to be available for that which we were called to live, inside dioceses, under the guidance of the bishop, but with great freedom.

Q: When did you transition from lay women to sisters?

After the French Revolution, the education of young women was promoted by the State, which provided infrastructure for schools and colleges. Many congregations were founded to achieve this plan, and we also did the same. We were innovative in the field of education. Our colleges were considered some of the best. In 1850, some immigrants from Spain, seeing what we were doing in our schools for young women, invited us to do the same in Spain. They did not have schools for young women in which education was so customized. They came to us to learn our teaching method, which was very simple and at the same time very attentive to the needs of the students. In Spain, young women were educated in monasteries. As we were only a lay association, the Bishops of Spain asked for recognition by the Holy See, in order to entrust their schools to us. Therefore, in order to obtain this recognition for our Institute, we were obliged to enter the canonical definition of religious congregation.

Q: Did much change for you when you became a Congregation?

Yes, in some aspects, but fortunately we were able to maintain our missionary zeal. In fact, we became the first congregation to send a woman to Japan in the second half of the 1800s, Sister Mathilde Raclot. An extraordinary woman, bold and at the same time tied to her Institute, she was able to complete her mission in Asia at the time of the transformation of our Institute’s Constitutions, when permission from superiors was required for everything, something that was impossible to do in such a remote area!

We lived through years in which we were leaders in education, excellent for the society of the time, for the women of France, Japan and Malaysia. We still have 15,000 students in Singapore, and we are among the best institutes in the country.

I can say that we did many good things because there was the will to respond to the needs of the time. However, is this all that our founder wanted? During the Plenary [Assembly] we heard about vulnerability and I thought about him. God is so great, but he made himself so small in order to be close to the least, by being born an infant. This is why the first goal and the first desire of this Institute is to be poor, as Christ was. To welcome a poor child is to welcome Christ because he said, ‘As you did it to one of the least of these my brethren, you did it to me’. The core of our charism is to welcome poor and abandoned children, to give them their dignity through education and happiness through faith. This is beautiful, isn’t it? Sometimes, in order to do good and to respond to the demands of the time, one runs the risk of forgetting the poor. This is why it is very important to be nourished by the original lifeblood. This is difficult to recover. And we have this difficulty still today.

Q: How can we return to the wellspring in order to understand which path to take?

Today we spoke about a transformation to be lived. This is definitely the wellspring. When I joined the Institute, I read some of the founder’s texts: shocking! They were not compatible with the canonical rules that had been imposed on us. At that time, women were not supposed to be part of public life because they were destined for the private sector. During my formation, the first aim of the Institute was to work for its sanctification through religious vows, according to the canonical framework of the time. According to our founder, God sanctifies us in serving poor and abandoned children with love, so that they may become saints. It was a way to convert and transform ourselves. But it was difficult. Excuse me if I speak like this, but I am very passionate about this. It is a journey we continue on, taking back the original spirit in order to continue to transform ourselves.

Share on FacebookShare on TwitterShare on PinterestShare on EmailShare on LinkedIn
Séamus Ahearne: ‘We spar and tiff, we quarrel and laugh and sometimes we sing.’ (Marlena de Blasi)Vatican releases programme for Pope Francis' Canada visit