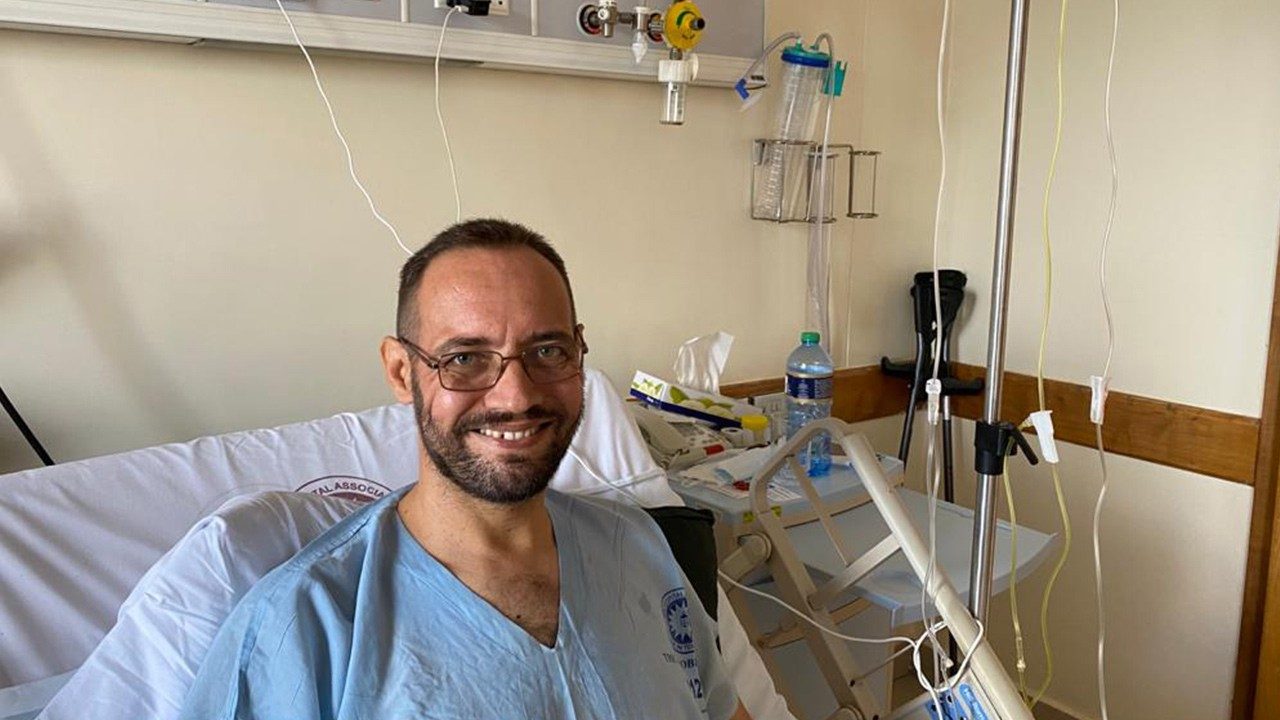 The Bishop-elect for South Sudan’s Rumbek Diocese, Msgr Christian Carlassare, nursing gunshot wounds in both legs, at a hospital in Nairobi, Kenya, has thanked the people of Rumbek for their solidarity and prayers. He also thanked friends and well-wishers all over the world who have been praying for his recovery. The Bishop-elect was speaking in a video message recorded by the Nairobi-based Catholic media house, ACIafrica.

Appreciation to Bishops and the Government

In the 05 minutes 34 seconds video clip made available to Vatican News, Msgr Carlassare said he was particularly touched by the solidarity of the Sudan Catholic Bishops Conference.

“I acknowledge the solidarity, the powerful stand of my elder brothers of Sudan and South Sudan as they see this attack on one member as an attack of the whole Church. I am grateful for the sincere commitment of the Government of South Sudan -from the presidency to the authorities at the local level. (Also, for their desire) to uphold the truth, by taking legal action to correct the evil that has happened in Rumbek so that it may never happen again,” said Msgr Carlassare. He added, “It is not the people of South Sudan who shot me; it is not the Dinkas who shot me. (Nor was it) the Agar (people). It is just a group of people who have no human values and who are a shame to their community,” the Bishop-elect said.

Msgr Carlassare has urged local leaders to weed out violent persons from their communities.

“I invite the community leaders and local chiefs to spot out violent members of their community and apply customary law which does not tolerate violence, especially when it can be avoided. Do not allow violent members to hold the whole community hostage,” Msgr Calassare said.

Armed men shot and wounded the Italian-born Bishop-elect at his residence in Rumbek in the early hours of Sunday night, 25 April.

According to the regional head of Lakes State Investigative and Security Committee, the investigations conducted so far point to the fact that the shooting incident was “purely an administrative issue in the Church politics” related to the appointment of the Bishop for the South Sudanese Diocese. Three priests are among 12 other suspects being held by the Lakes State authorities.

Building a new Church of Rumbek

Probably aware of the direction of the investigations, Msgr Carlassare called for conversion within the Church.

“I am sorry to admit that the mentality of the world, that is the mentality of the devil, sometimes affects also us people of the Church … from this hospital bed, I bend low in front of God and intercede for the Church of Rumbek. I pray for the conversion of sinners. I offer the pain I am going through so that the Lord, our God, may purify the Church of Rumbek from all errors. And things like these may happen no more. Let us work instead to form a Church according to the teaching of Jesus,” Bishop-elect, Carlassare implored.

Share on FacebookShare on TwitterShare on PinterestShare on EmailShare on LinkedIn
Rosary marathon: Nazareth’s Basilica of the Annunciation leads prayer for expectant women and unbornUS Church to recall seafarers with special Day of Prayer