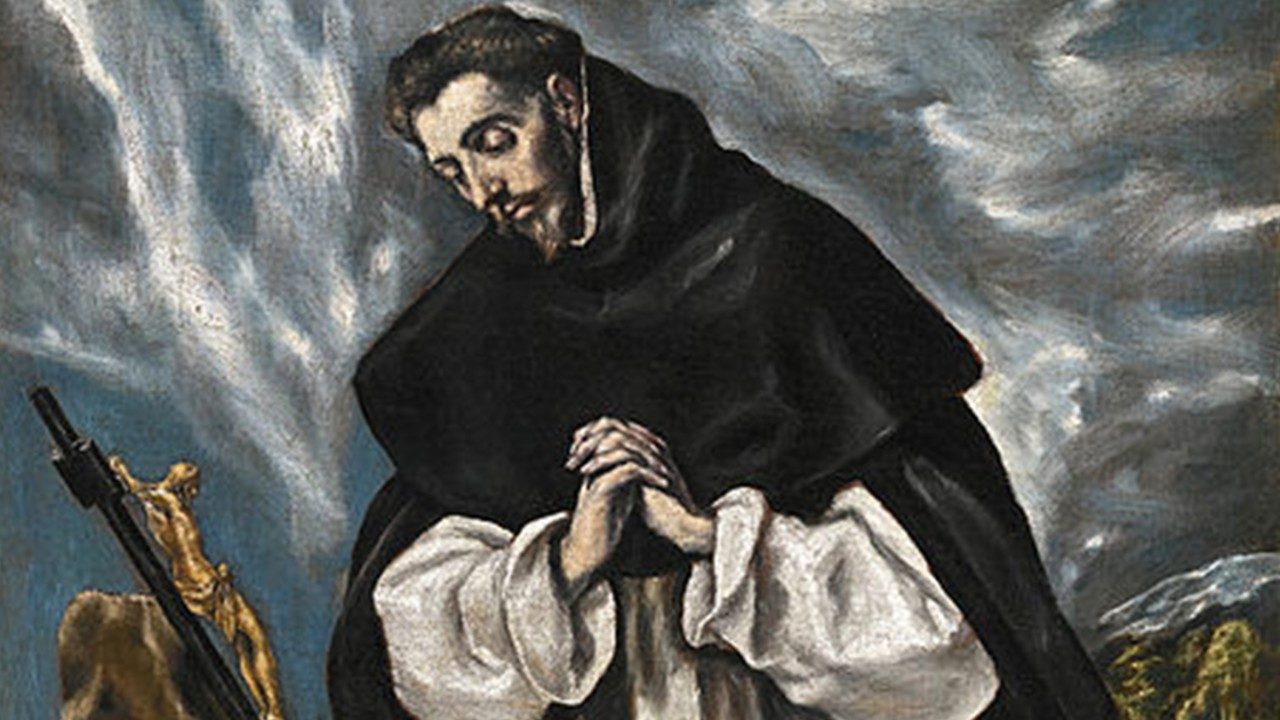 This year, the Dominican order (Order of Preachers) celebrates the 800th anniversary of the death of its founder, St. Dominic, who died in Bologna on 6 August, 1221.

The theme of the anniversary which the congregation marks from 6 January 2021 to 6 January 2022 is “At Table with St. Dominic.” It is inspired by the Mascarella table, the table on which the first portrait of the saint was painted shortly after his canonization.

As the Dominican family prepares to commemorate the anniversary of St. Dominic’s death, Vatican News’ Amedeo Lomonaco interviewed Fr. Gerard Francisco Timor OP, the Master General of the Dominican Order who reflected on the 800th anniversary, the legacy of the saint, and the commitment of Dominicans in the world.

At table with St. Dominic

Speaking on the anniversary, Fr. Timor explained that the Mascarella table from which the celebration draws its theme, depicts St. Dominic at table with his brothers. The painting, he says, celebrates him “not as a saint alone on a pedestal”, but St. Dominic “with his community, with his brothers.”

Listen to our interview with Fr. Gerard Francisco Timor

A table that evokes other tables

Fr. Timor notes that the Mascarella table evokes other “tables” in the life of St. Dominic and Dominicans today. Of particular note is the “Miracle of the food,” when once, the brothers had no food, and according to accounts, an angel of the Lord brought food to them – a miracle – Fr. Timor says, “connects with the Eucharist.”

Another table is “the table of fraternity,” Fr. Timor underlines. For many, the table is “almost sacramental” as it is where the family gathers to share stories and share our lives. More so, fraternity at table extends to dead brothers and sisters who have gone before us. This is why Dominicans always pray for the dead when they sit at table.

Likewise, the table is the place where we meet “people who are different from us”, and who “have different views of the world”, he continued. It is a place where we invite “others” and strangers “who want to share what nourishes us” in the same way that Jesus invited Zaccheus, the tax collector, to share table with him. In this regard, Fr. Timor recalled a story from the life of St. Dominic when he met an inn keeper who was a heretic at table and engaged him in dialogue all through the night.

St. Dominic speaks to us today

Reflecting on the life of St. Dominic, Fr. Timor highlights the relevance of the saint’s message to the Church and the world today, particularly amid the challenges of our times. He underlines that the St. Dominic preached the “mercy of truth” perfectly manifested in Jesus, the face of the Father’s mercy, as Pope Francis wrote in “Misericordiae vultus.”

In the face of widespread suffering, he notes that St. Dominic inspires us against indifference to the sufferings of people, not just those on geographical peripheries, but also those at the existential peripheries. Illustrating this, he recounted the story of St. Dominic’s sacrifice of selling his precious books during a famine to found a house of charity for the poor. By this, the saint “organized something to help others” and “inspired others to do so too.”

Fr. Timor goes on to add that the Church can also find some inspiration to combat the challenge of clericalism from St. Dominic. He underlines that the charism of preaching that the saint gave to his order reduces clericalism because it is open to not only priests but also religious nuns, the Dominican laity and youth, and is in fact, “a duty of all the baptized.”

Another concern of St. Dominic was reducing the wounds of division and discord in the Church – the body of Christ. In this regard, the saint founded the Order of Preachers and gifted it with a communitarian form of government. This government, Fr. Timor explains, “is not democratic” but is “an inclusive form of government where discernment and decision involves the brothers.” At the different levels of government, there is a system of chapters: a conventual chapter for convents, a provincial chapter for provinces, and, for the entire order, a general chapter. In this manner “everyone has a voice” and “everyone has one vote.”

Fr. Timor notes that Pope Francis affirmed that this is a synodal form of government that helps the order “adapt its mission to the changing historical situation” while maintaining fraternal communion.

Dominicans in service of the Church at the peripheries

In May, Pope Francis wrote a letter to the congregation for the 800th anniversary. In it, the Holy Father noted that St Dominic can “serve as an inspiration to all the baptized, who are called, as missionary disciples, to reach every ‘periphery’ of our world with the light of the Gospel and the merciful love of Christ.”

Fr. Timor says that the letter of the Pope is “an affirmation but also a challenge” for the Dominicans. He explained that the General Chapter of the Order has identified some of these peripheries and frontiers as “the frontier between life and death” which challenges them in their work of justice and peace in the world. He gives the example of some Dominicans who work to defend the rights of indigenous peoples and some others working to produce a Covid-19 vaccine that does not require refrigeration.

Another frontier is “where Christianity meets other traditions,” Fr Timor says. In this regard, he highlights the work of many Dominican scholars working to promote dialogue with Islam and other religions around the world. Members of the Order are also involved in work with other Christian traditions.