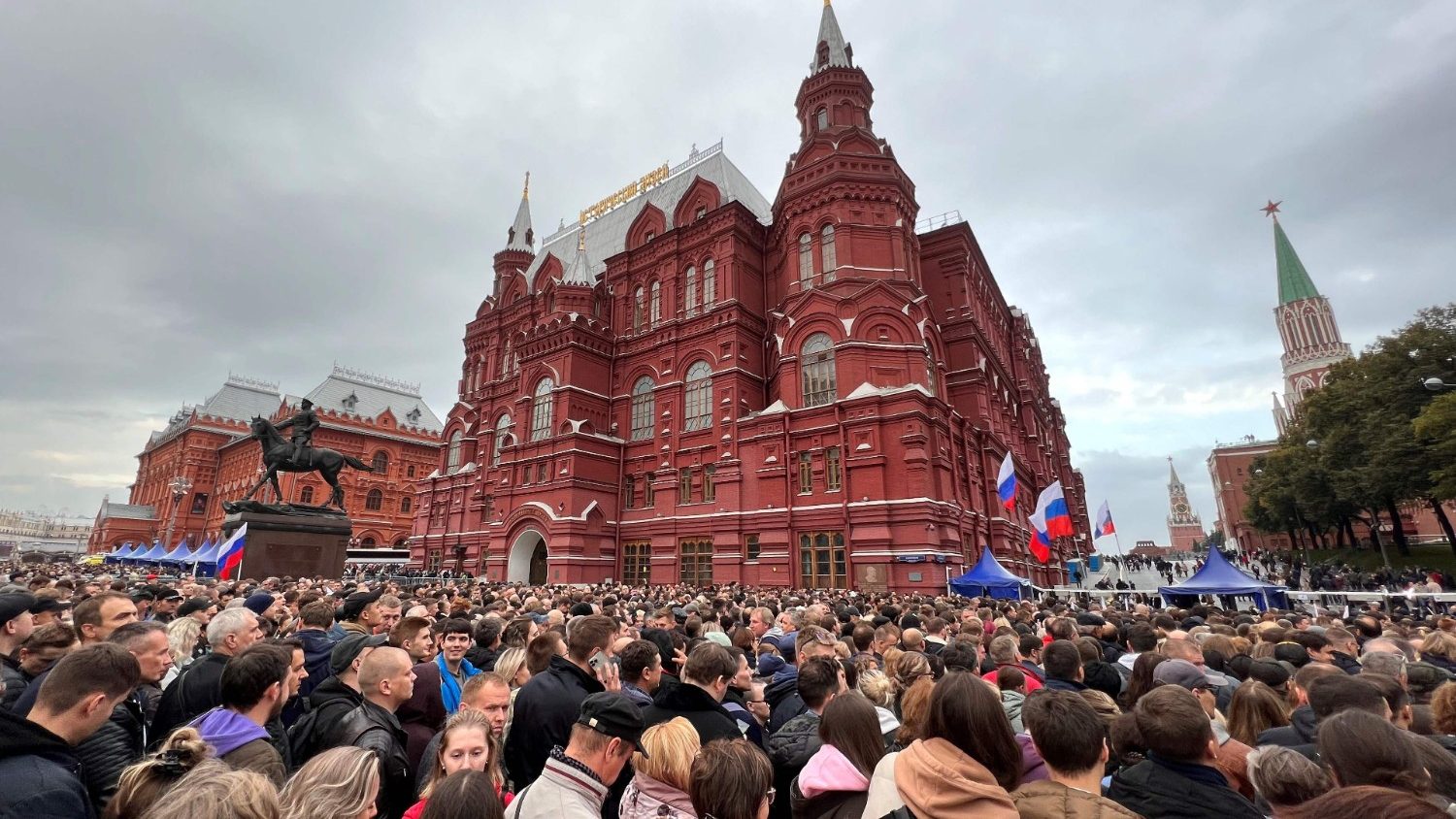 The Golden Doors opened in the St. George’s Hall of the Grand Kremlin Palace, where Russian President Putin walked in to make his long-awaited announcement.

He told the Russian deputies and other dignitaries that four occupied territories in Ukraine are now part of Russia.

Friday’s elaborate ceremony came after his forces suffered massive defeats on the battlefields of Ukraine. He even asked for a minute of silence for fallen soldiers.

Putin told those gathered that Russia includes four territories that he suggested represent Russian culture and values. And he lashed out at the West for not sharing his views.

Soon after, he signed the document officially annexing the Donetsk, Luhansk, Kherson, and Zaporizhiathe regions into Russia. It echoed Russia’s annexation of Ukraine’s Crimea Peninsula in 2014, following a discredited referendum.

The cars headed to pick up relatives trying to flee Russian-occupied territories annexed by Moscow on Friday. The strike happened near the city of Zaporizhzhia, which is still under Ukrainian control.

Russia and Ukraine have accused each other of shelling the area, which hosts Europe’s largest nuclear power plant controlled by Russian forces.

A massive crater beside a row of vehicles testified to the violence of the attack.

Footage posted on social media showed a horrific scene with dead and injured people lying on the road on the south-eastern outskirts of the city.

In one video, taken from inside a nearby building, a woman can be heard sobbing, repeatedly saying: “Dead people are lying there.”

And with Putin annexing more territories and mobilizing hundreds of thousands of men to defend them, many more people are expected to die in Europe’s most significant armed conflict since the Second World War.

Share on FacebookShare on TwitterShare on PinterestShare on EmailShare on LinkedIn
Prosecution calls witnesses as Vatican finance trial resumesPeople, lines and crowds are back from Covid. Here are 3 spiritual tips for keeping your sanity (and sanctity)