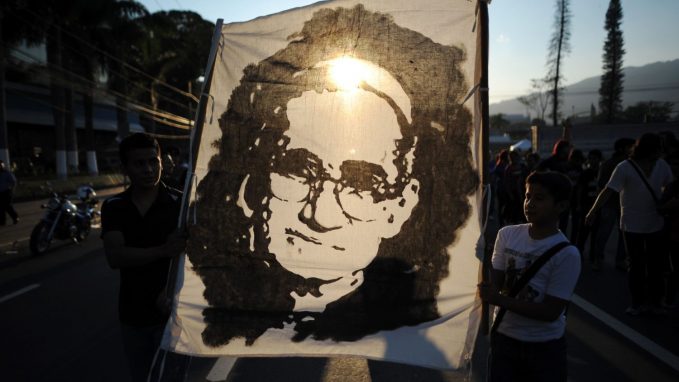 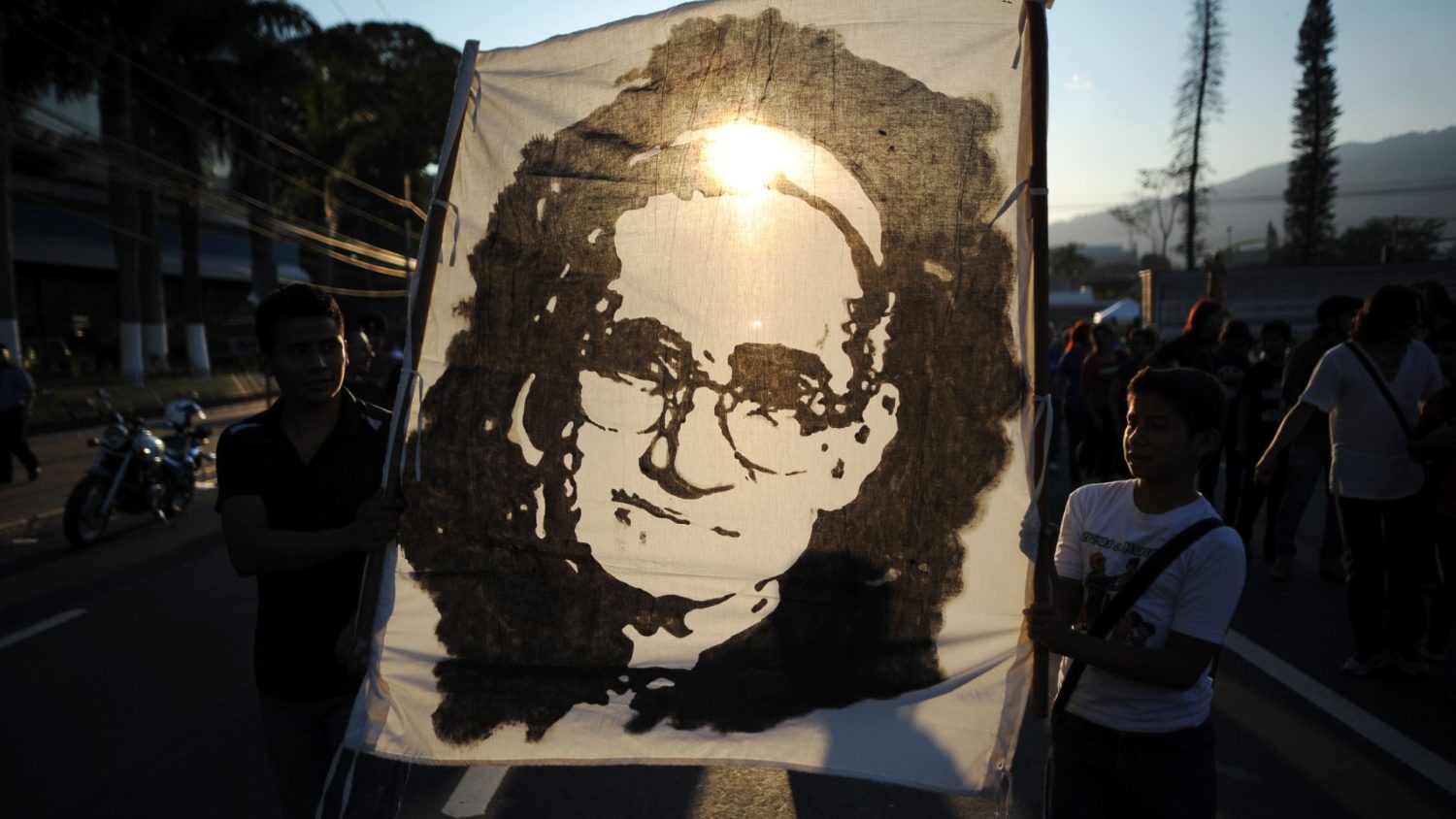 Oscar Romero’s father wanted his son to become a carpenter. With good reason. As a child, young Oscar had a talent for fixing things that were broken.

When Oscar Romero was appointed Archbishop of San Salvador in 1977, his country was broken. Many people in El Salvador were living in poverty, while an elite group manipulated all political and economic power. Death squads ensured things stayed that way.

Just three weeks after becoming Archbishop, Romero’s good friend, Jesuit Father Rutilio Grande, was murdered by one of those death squads. Another five priests would be assassinated in the Archdiocese of San Salvador during the three years Romero was Pastor.

When a military junta seized power in 1979, Archbishop Romero began broadcasting weekly sermons over the radio. He openly criticized the regime and those supporting it, denouncing cases of abduction, torture and mass murder.

That is when he became known as “The voice of those without voice”.

In 1980, social tensions erupted into a civil war which lasted twelve years and left over 75,000 people dead. Archbishop Romero set up pastoral programs to assist the victims of oppression. At the same time, he became even more outspoken, condemning human rights violations, and defending the preferential option for the poor.

Archbishop Romero appealed desperately to the Salvadoran military to stop killing their own people. “No soldier is obliged to obey an order that goes against the law of God”, he said. “I beseech you. I beg you. I command you! In the name of God: ‘Cease the repression!’”

It was his last radio broadcast.

At 6.30pm, on Monday 24 March 1980, the Archbishop of San Salvador was celebrating Mass in the chapel of the Divine Providence hospital. A car pulled up outside, and a single gunman fired a single shot from the doorway straight into Oscar Romero’s heart.

Moments earlier, the Archbishop had been speaking about how “Those who surrender to the service of the poor through love of Christ, will live like the grain of wheat that dies…”.

Recognized as “a martyr for the faith”, he was beatified on 23 May 2015 in San Salvador.

On 14 October 2018, in St Peter’s Square, Pope Francis proclaimed Oscar Arnulfo Romero a saint. For the occasion, the Pope chose to wear the same blood-stained belt that Romero was wearing at the altar when he died.

“Aspire not to have more, but to be more.” – Saint Oscar Arnulfo Romero

Share on FacebookShare on TwitterShare on PinterestShare on EmailShare on LinkedIn
3/24 Coronavirus Tracker: Needing one another, UK on lockdownAA under quarantine: How coronavirus is changing 12-step recovery programs