Reconciliation with indigenous a priority for Canada’s Bishops 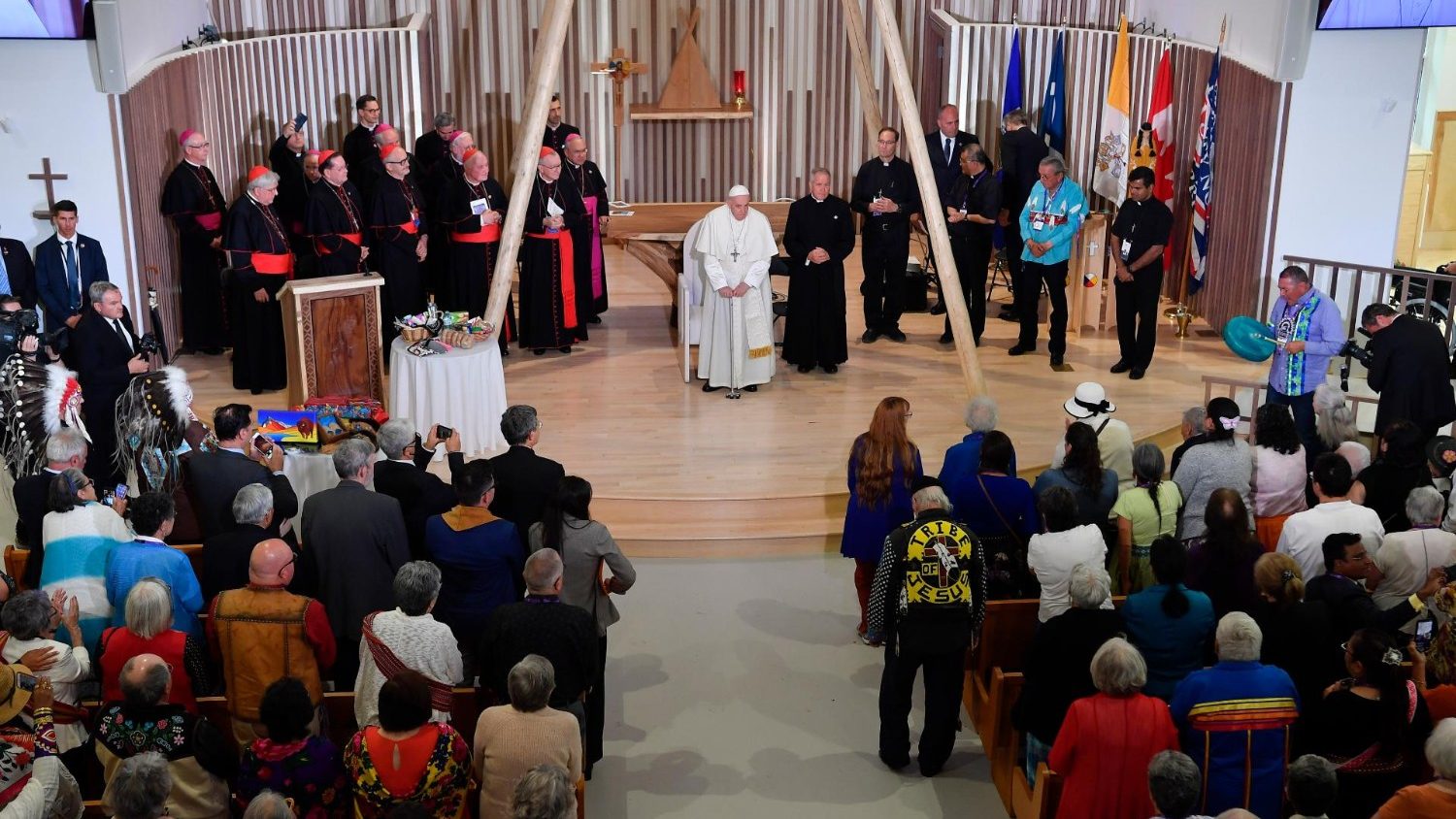 In a year that saw Pope Francis’ historic “penitential pilgrimage” to Canada, the nation’s Bishops have renewed their commitment to working with indigenous peoples on the path of reconciliation and healing.

“2022 has been a historic year for listening, learning, and working to rebuild longstanding relationships that have been profoundly damaged by the legacy of residential schools,” said Bishop Raymond Poisson, President of the Canadian Conference of Catholic Bishops (CCCB).

In a statement issued by the CCCB following their annual Plenary Assembly – their first in-person meeting since 2019 – Bishop Poisson noted the Pope’s apology “on behalf of the Church for the sins of her children”, in which the Holy Father “acknowledged the catastrophic impact of the residential school system.”

During his visit to Canada in late July, Pope Francis called on the local Church “to promote the rights of Indigenous Peoples and to favour processes of healing and reconciliation.”

At the Plenary Assembly, the Canadian Bishops pledged to continue in their commitment to foster healing and reconciliation, especially through concrete actions.

These include supporting the Indigenous Reconciliation Fund, aimed at raising 30 million Canadian dollars over the course of five years; fostering greater understanding of Indigenous cultural, linguistic, and spiritual traditions and values; and providing documentation or records that will assist residential school survivors in finding truth.

During their four-day Plenary Assembly, which took place from September 26-29, the Bishops of Canada also discussed the upcoming Synod on Synodality ahead of the “continental phase” of the synodal process, which will culminate in Rome with the Synod of Bishops in 2023.

The Bishops also received an update “regarding the launch of the Canadian Reporting System for Sexual Abuse or Cover-up by a Catholic Bishop.” This latter initiative, the Bishops say, “demonstrated a commitment by the bishops to responsibility, accountability, and transparency in matters of clergy sexual abuse.”

Share on FacebookShare on TwitterShare on PinterestShare on EmailShare on LinkedIn
Covid: the economy needs a new generation of expertsPope to Ursuline Global Education Compact: 'Allow your beauty to shine!'