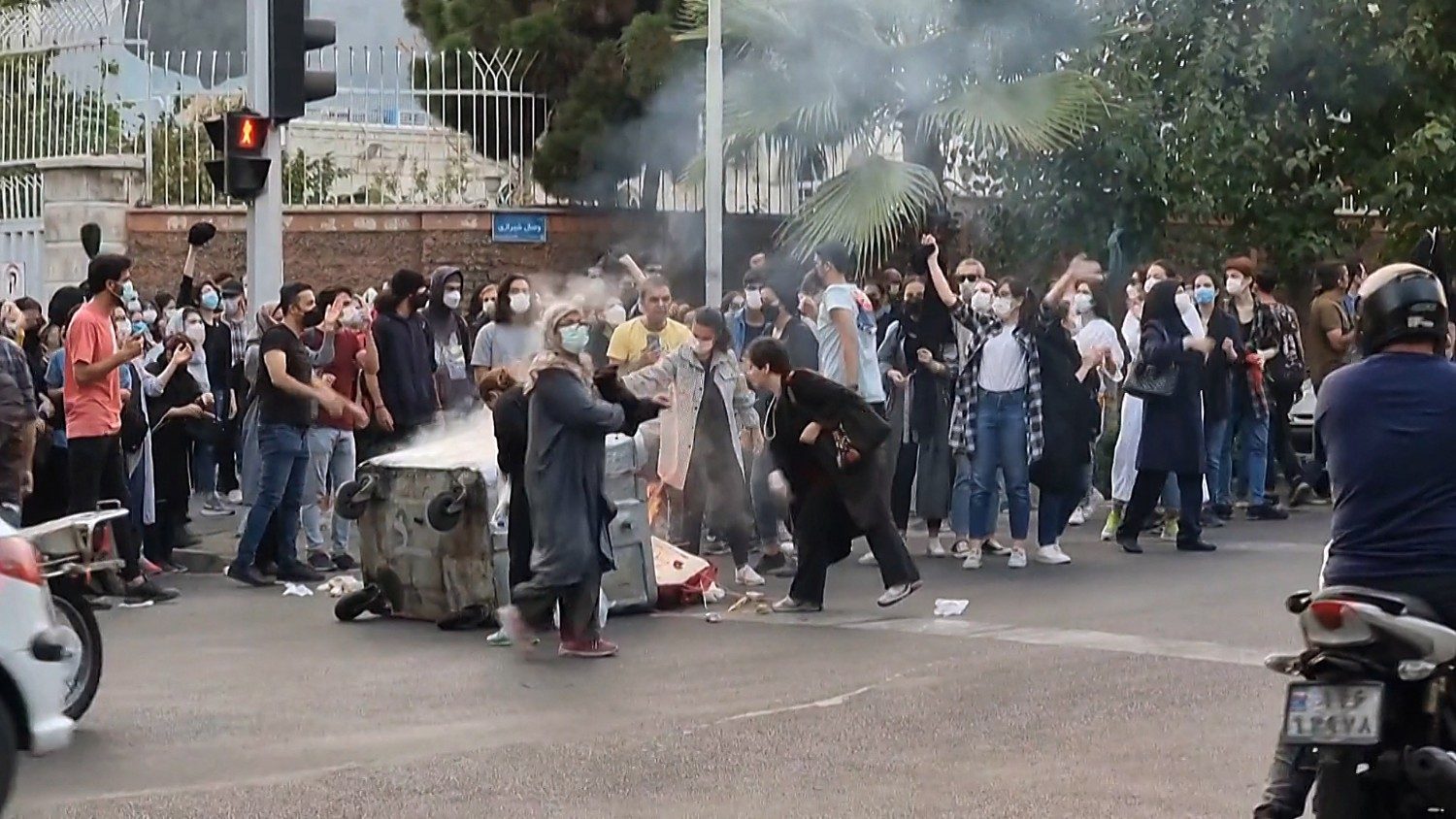 Demonstrations are continuing in Iran over the death of a young Iranian woman while in police custody.

The protests – which first erupted on 16 September after the death of a 22-year-old Kurdish woman in police detention – show no sign of abating.

Demonstrations have spread across at least 45 cities, towns, and villages in Iran. State TV has suggested that at least 41 protesters and police have been killed since the unrest began.

It is now reported that as many as 1,200 demonstrators have been arrested.

In the latest announcement, authorities have said they will limit internet access in the country until calm is restored.

The instability comes as anti-government protests spilled online, with videos of women burning their hijabs being shared globally.

The anger centres on the fate of Mahsa Amini. She was arrested last week for supposedly wearing a hijab headscarf in an improper fashion.

Campaigners say Amini suffered a deadly blow to the head, a claim denied by officials, who have launched an inquiry. Police continue to argue that she died of natural causes, but her family believes that she was exposed to beating and torture.

Her death and arrest came amid a government clampdown on women’s rights. Last month, Iran’s hard-line president signed a ruling that expanded penalties for women posting anti-hijab content on the internet.

The unrest in Iran has spilled over internationally. Over the weekend, police clashed with demonstrators trying to reach Iran’s embassies in London and Paris.

Share on FacebookShare on TwitterShare on PinterestShare on EmailShare on LinkedIn
Italy: Centre-right wins elections amid low turnoutPope Francis names new head of Vatican Dicastery for Culture and Education