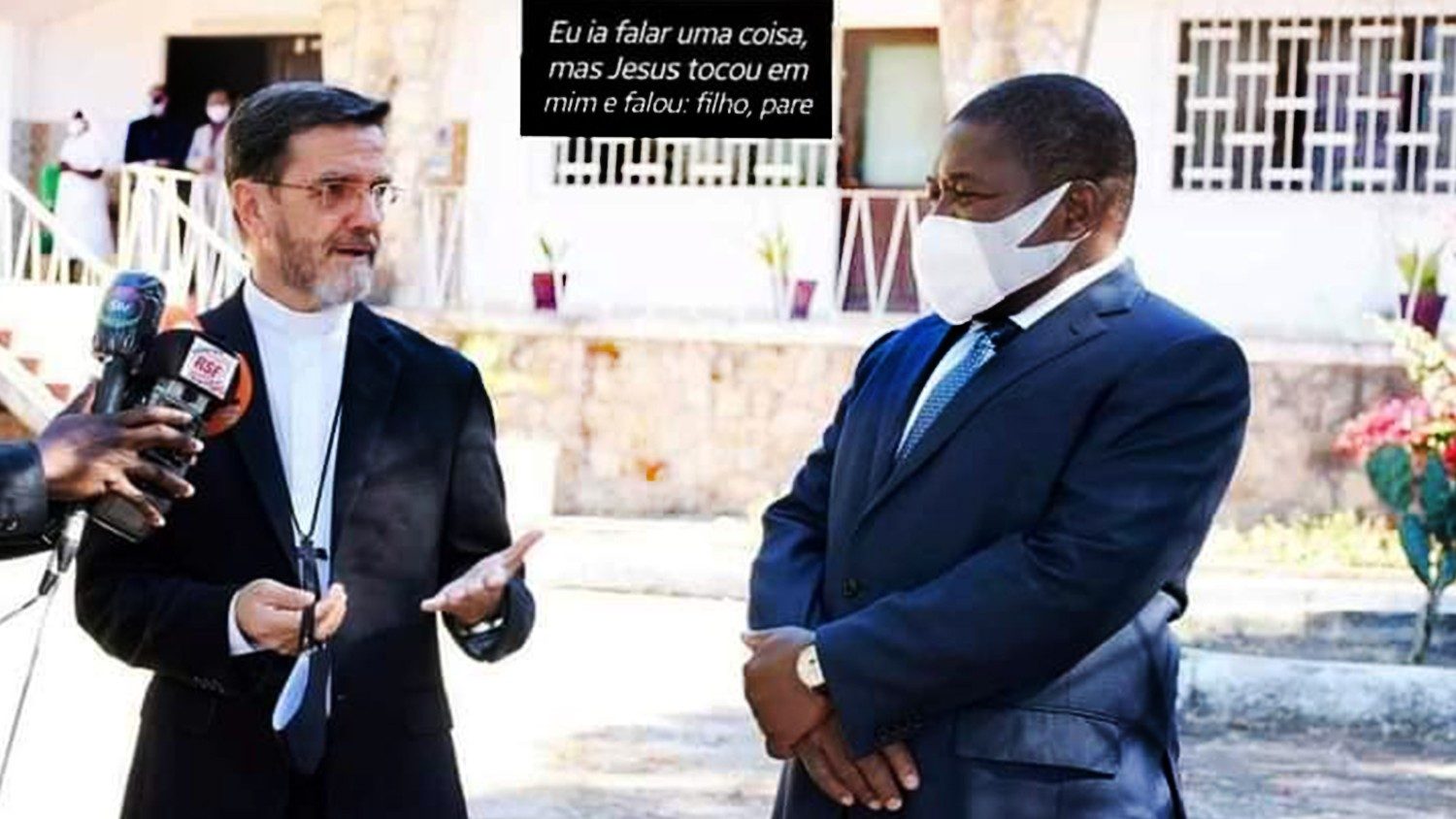 The Catholic Bishop of the northern province’s Cabo Delgado city of Pemba, Luiz Fernando Lisboa has spoken about his meeting with the Mozambican head of state, Filipe Nyusi. Bishop Lisboa said the President of the Republic praised the role of the Catholic Church and other social actors in responding to the humanitarian crisis affecting thousands of Internally Displaced Persons in the Province. The humanitarian situation is the result of terrorist attacks that started in October 2017.

Bishop Lisboa said that he, in turn, told the President what the Catholic Church has been doing in concrete terms since the terrorist attacks in the region began. Apart from the physical humanitarian work, the Church in the Diocese of Pemba also engages in Psycho-social care, Bishop Lisboa said.

The meeting, held at the Bishop’s Pemba residence, lasted about an hour, according to local media. Both Bishop Lisboa and President Nyusi seemed to have come away satisfied with the discussion.

The reversal in tone was not lost on observers. Barely two weeks ago pro-government media took turns in condemning Bishop Lisboa for speaking out about the problems in Cabo Delgado. Pro-government media, in Mozambique, accused the Bishop of Pemba of inciting hatred against the Government and even said e was colluding with the terrorists. Bishop Lisboa has frequently criticised Government saying they could do more to protect the people from the terrorists and that government could be more transparent in its efforts to dislodge the insurgents.

After Monday’s cordial meeting between the President and Bishop, Nyusi spoke of Bishop Lisboa in endearing terms and referred to him as “our Bishop.” Nyusi told reporters, in Pemba, that dialogue was always preferable irrespective of differing viewpoints.

The unrest in Cabo Delgado

Since 2017, the northern province of Mozambique has been rocked by deadly attacks perpetrated by armed groups who claim affiliation to the Islamic State. Their operations are increasingly becoming sophisticated and a source of anxiety also for Mozambique’s neighbours, especially Tanzania. The Cabo Delgado attacks have resulted in many deaths, conscription of young people and the displacement of thousands of ordinary villagers as a climate of fear reigns in the region.

Even before the discovery of rich gas reserves and the terrorist attacks, Cabo Delgado was already festering with discontent due to high levels of poverty and marginalisation by the central Government.

A humanitarian crisis getting out of hand

According to reliefweb, about 211 485 people are now estimated to be Internally Displaced in Cabo Delgado. The majority of Internally Displaced Persons (IDP) are children, followed by women. Food, shelter, and non-food items are the most-needed assistance for IDPs. While there are settlements and accommodation centres, the majority of IDPs are being hosted by families and relatives.

In August, the strategic port town of Mocimboa da Praia fell into the hands of insurgents. The military is still trying to re-take the city.