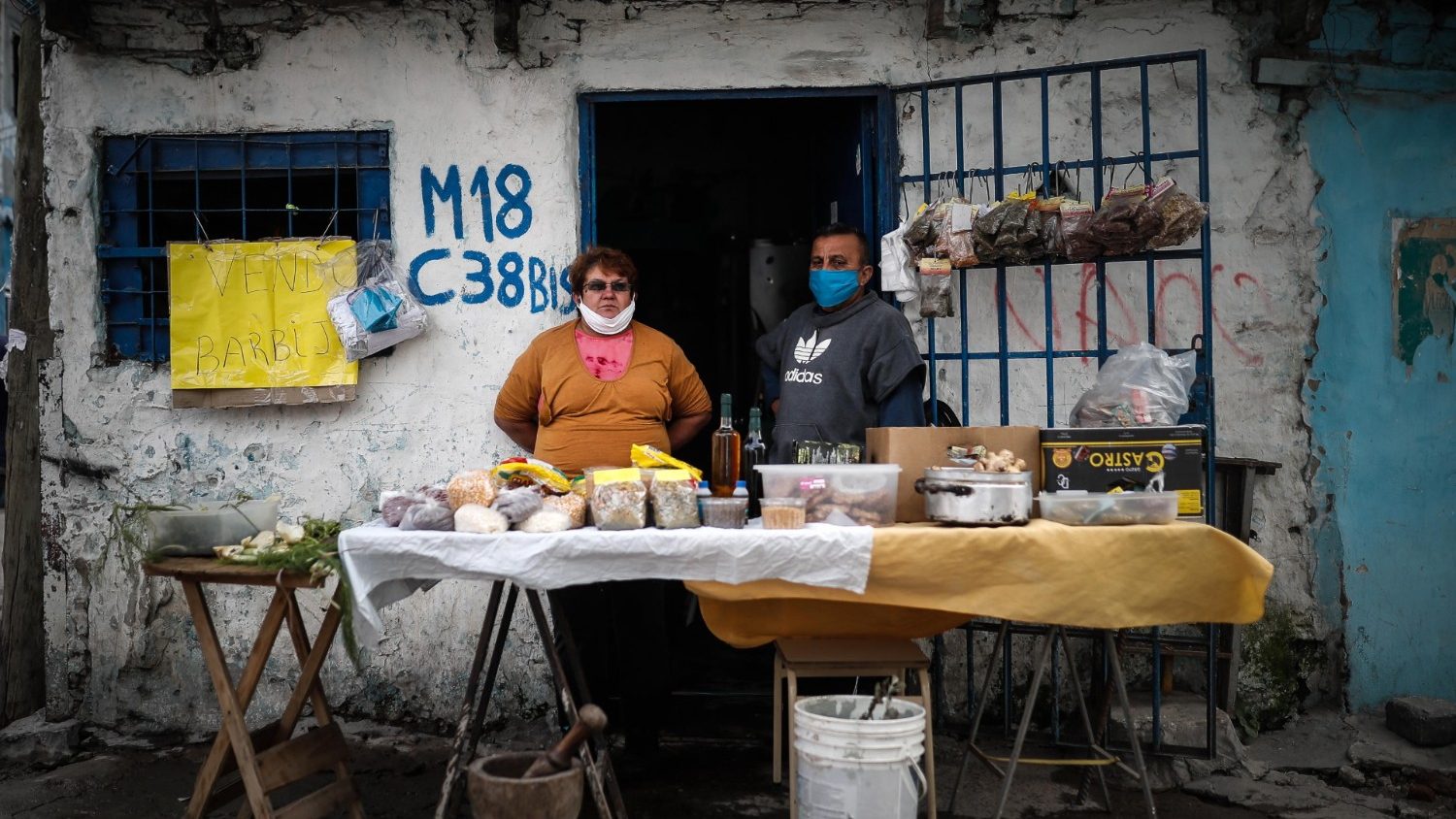 Pope Francis has expressed his prayers, closeness and solidarity with the “Curas villeros”, or priests who live and work in the “Villas miserias”, the poor neighbourhoods or slums of the Argentine capital Buenos Aires.  In a brief video message, the Holy Father particularly expressed his closeness with three priests who have been hit by Covid-19 while carrying out their ministry.

“I want to tell you that I am close to you, that I am praying for you and that I am accompanying you right now. I know that you are fighting with your prayers and with the help of doctors”, said the Pope in his video message posted by the “Curas villeros” on July 9 on their Twitter account.

He particularly mentioned Father Basilicio Brítez, popularly known as “Bachi”, calling him “a pioneer of Villa Palito”, in what is known as Barrio Almafuerte today, one of the poorest neighbourhoods of the city.  The Pope entrusted him to the Lord in this difficult moment. He invited all the faithful to “thank God for the testimony of these priests and pray for their health”.

Started in the late 1960s, the group of “Curas villeros” received new impetus and encouragement in the 1990s from the Archbishop of Buenos Aires Jorge Mario Bergoglio, the future Pope Francis.  Today, the group is made up of 22 priests who work in 8 different neighbourhoods of Buenos Aires, inhabited by thousands of people.

Among the best known faces is that of Father Josè Maria Di Paola, or “Father Pepe”. During a meeting with the parish priests of Rome Diocese on March 2, 2017, in the Basilica of St. John Lateran, the Pope held him up as a model.

During the encounter, the Pope recalled the story of a young drug addict and pusher who was undergoing rehabilitation at the Hogar de Cristo centre of Father Pepe in Buenos Aires.  The man who was struggling against the urge to leave the centre was helped a lot by the priest.  One day the addict told Fr. Pepe he could not take it anymore, that he was missing his family, his wife and two children a lot, and that he wanted to go back to them.

Fr. Pepe asked him whether he felt that way earlier when he was taking and selling drugs.  The man just nodded in silence.  The priest patted him on the shoulder and said, “Go, that’s enough,” meaning to say, “realize what has happened and what you are saying, and thank heavens that you are now missing them”.