Pope: Women can give more ‘flavour’ to theology 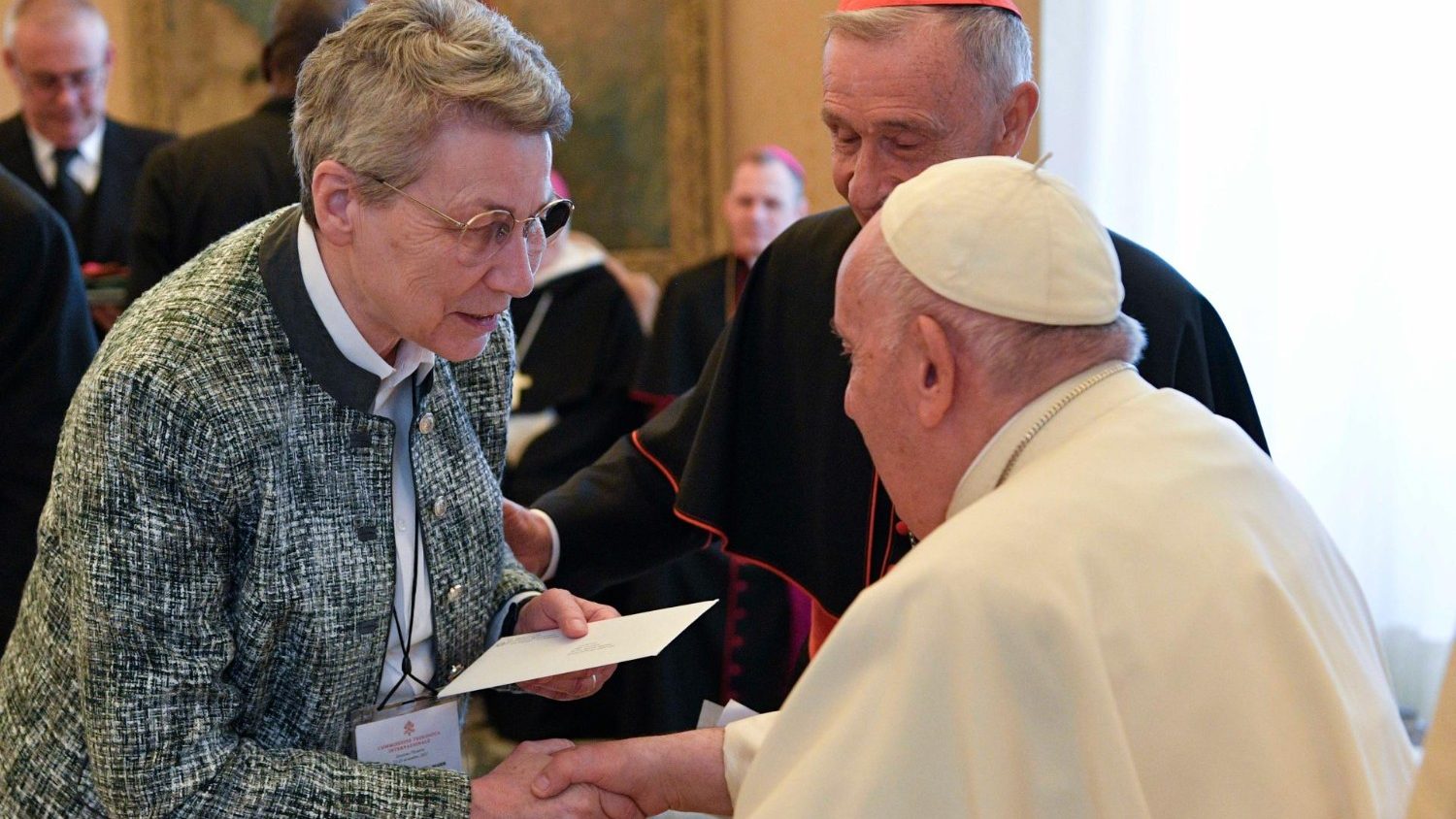 Over the course of the next few years, the International Theological Commission will be exploring the themes of the Christological faith professed by the Council of Nicea; certain current anthropological questions; and the theology of creation from a Trinitarian perspective.

In an audience with members of the Commission on Thursday, Pope Francis expressed his pleasure at hearing that the body had accepted these themes, saying that by addressing them, the ITC was continuing its service to the Church.

He reminded them that they are called to carry out their work “in the path traced out by the Second Vatican Council, which … constitutes the sure compass for the journey of the Church” in our day.”

The Holy Father then proposed three “directions” for following that path, beginning with “creative fidelity to Tradition.” The Pope insisted that Tradition must either grow or die out, and he warned once again of the dangers of “indietrism,” or “backwardism,” which refuses to grow, but instead falls back “the way it’s always been done.” And he invited theologians to help correct this tendency in the Church.

Theologians must also be open to the contributions of other disciplines, “treasuring” a “strong form” of “transdisciplinarity” as the gathering and deepening of all human knowledge “within the space of Light and Life offered by the Wisdom that emanates from God’s revelation.”

Finally, the Pope highlighted the importance of collegiality, especially in the context of the ongoing synodal process. In this area, Pope Francis distinguished between catechists, who have to teach “solid doctrine” and must avoid teaching novelties; and theologians, who take risks but are restrained by the Magisterium.

Open to the voice of the Holy Spirit

Concluding his address, Pope Francis expressed his hope that the work of the Commission might be tranquil and fruitful, undertaken in a spirit of mutual listening, dialogue, and communal discernment, and in openness to the voice of the Holy Spirit. He recalled again the “great importance” of the themes they will be investigating, and encouraged them to teach theology in a way that provokes “wonder and awe” to those who hear them.

And then, after thanking members once again for their work and blessing them, Pope Francis suggested that “it would be important to increase the number of women [theologians], not because it is fashionable,” but because women bring a different intellectual perspective to theology, which can make theology “more profound and more ‘flavourful’.”

Share on FacebookShare on TwitterShare on PinterestShare on EmailShare on LinkedIn
‘Give Thanks to the Lord’: Raising a Grateful FamilyPope Francis says this is the difference between theologians and catechists