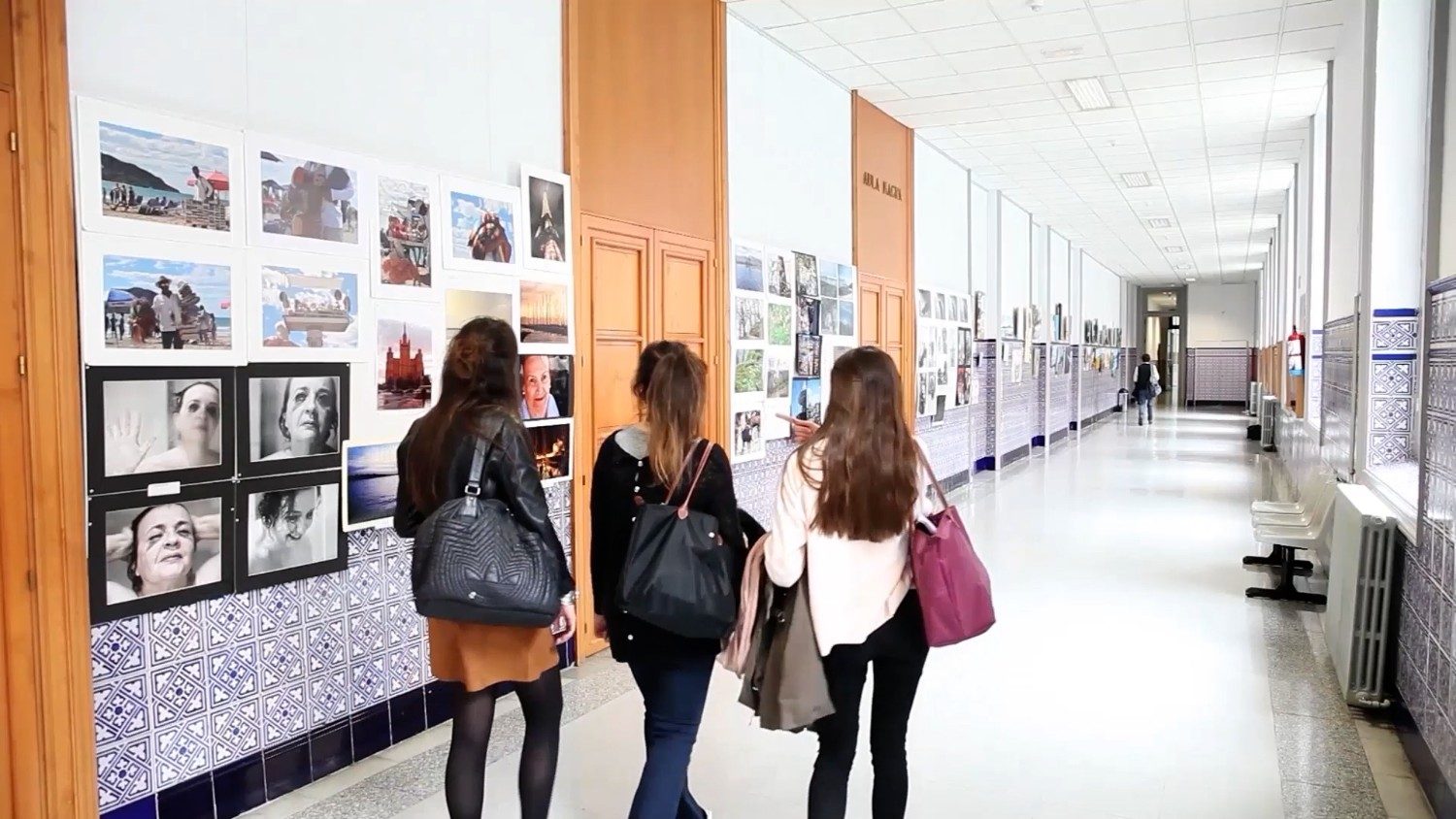 Pope Francis, on Friday, sent a message to participants at the Ursuline Global Education Compact during the closing session of their meetings.

Addressing the students, he encouraged them to carry out their projects with enthusiasm, while recalling that he considers his school experiences as both a student and as a teacher to be among the most beautiful and important periods of his own life.

Pope Francis acknowledged the initiatives implemented, as well as those in the pipeline, concerning the protection of the environment, sustainability, human fraternity and attention to the poor and vulnerable.

He credits these initiatives to the young people who, he says “are awake rather than asleep”, adding that they are active participants in the Global Education Compact which he launched 3 years ago as “an alliance open to all and aimed at educating ourselves and others in universal fraternity.”

Pope Francis went on to hold up two important aspects to the young students: being and doing, taking a cue from “a beautiful girl” named Ursula – a woman of exceptional beauty, admired by princes and knights and many young people – including St. Angela Merici, who, together with her companions, began her work in education under the name “Ursulines.”

Allow your beauty to shine

“The first thing I wish to tell you, dear young people, is allow your beauty to shine!” urged the Pope, inviting them to embrace true beauty – not like that of worldly fashion. He encouraged the students to “show forth that beauty which has always belonged to us, from the first moment of creation, when God made mankind in his own image and saw that it was very good.”

He explained that this beauty must both be shared and defended, for if it is true that beauty will save the world – as Prince Myshkin said in Dostoyevsky’s short story The Idiot – then we must be vigilant so that the world also saves beauty.

To achieve this, he invited the young people to embrace a “global beauty compact” for “there is no education without beauty”.

“We cannot educate without leading a person to beauty, without leading the heart to beauty…I would say that an education is not successful if you do not know how to create poets. The path of beauty is a challenge that must be addressed”

The Pope then warned against a beauty turned in on itself like that of Narcissus who fell in love with his own image and drowned in a lake in which he saw himself mirrored, or the beauty that “come to terms with evil” like Dorian Gray who, when the spell ended, found him with a disfigured face.

Instead, noted the Pope, “we are speaking of the beauty that never fades because it is a reflection of divine beauty. Indeed, our God is inseparably good, true and beautiful. And beauty is one of the privileged ways of finding him.”

In this regard, he exhorted the students not to become “sleeping beauty” in the woods, highlighting they are called to act and to do something, because “true beauty is always fruitful, it pushes us outwards and gets us moving.”

Pope Francis then expressed his wishes for “a healthy restlessness” in their desires and projects, which pushes them to keep on walking and never have the sense of having “arrived.” He also urged them not to cut themselves off from the world, by refusing to grow up or by being afraid to face the world.

Like St. Ursula, the “little bear” who was “open and courageous,” and who fearlessly faced attacks to the point of martyrdom, Pope Francis prayed that they too may be like “little bears” who never shy away from their responsibilities.

“If young people do not change the world, who will?”

Defend the beauty of the marginalized, creation

To the young people who are willing to change the world but ask “how?” Pope Francis offered some recommendations. He encouraged them to defend the “scarred beauty of so many outcasts of our world” by welcoming the most vulnerable and marginalized and looking at those who are different as a treasure and not as a threat.

He further urged them to defend the wounded beauty of creation, but protecting and common home and adopting environmentally friendly lifestyles. In this regard, he invited them to read the message that he addressed to the young people in Prague for the “EU Youth Conference” in July this year.

Concluding, Pope Francis expressed hope to see the participants at the Ursuline Education Compact at the 2023 World Youth Day in Lisbon and prayed that God might bless them, their teachers and their endeavours through the intercession of Saint Ursula.

Share on FacebookShare on TwitterShare on PinterestShare on EmailShare on LinkedIn
Reconciliation with indigenous a priority for Canada’s Bishops‘Take and Read’: Parish Libraries Help Form the Mind in Faith