Home Test page Pope to Thomas Aquinas fraternity: There is a maternal aspect to your mission, too

Pope to Thomas Aquinas fraternity: There is a maternal aspect to your mission, too 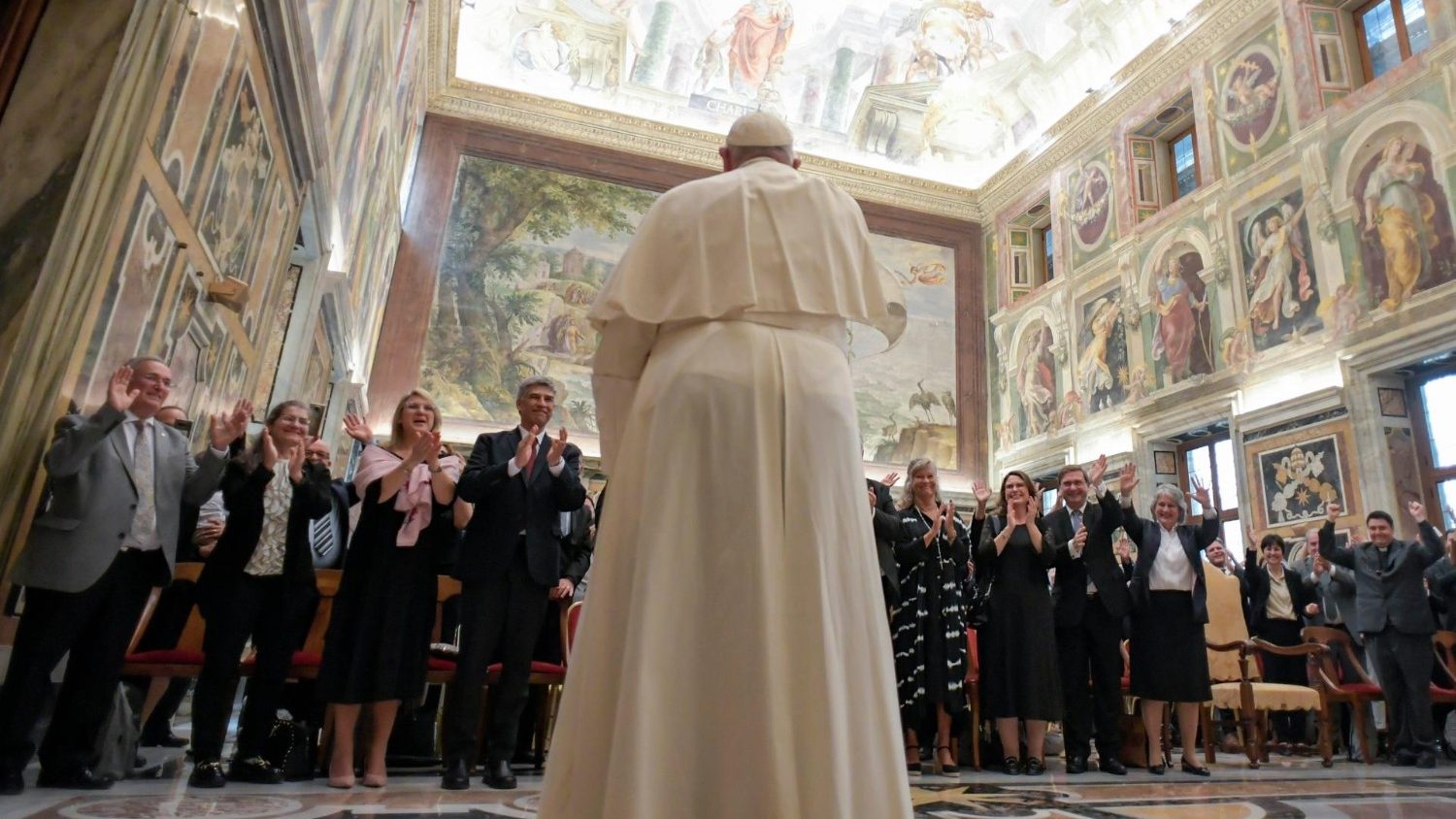 Addressing the members of the Fraternidad de Agrupaciones Santo Tomás de Aquino International Association of the Faithful of Pontifical Right, (FASTA), on the occasion of their 60th anniversary, Pope Francis stressed his desire to contribute to the teachings that arose from the Second Vatican Council.

A message which is embraced

“One of the novelties of the Council was to become aware of the rights and duties of the laity with respect to the evangelizing mission, which they also possess, as sons and daughters of God through baptism”. The Pope noted that it is always surprising to see how the Holy Spirit makes His way into every reality of human beings through the talents He inspires in the disciples of Jesus. With that in mind, the Pope continued, “today we see how your Fraternity has embraced the conciliar message and initiated various projects for the evangelization of culture, youth, and the family, creating a great variety of educational institutions, such as schools, universities and university residences in different parts of the world”.

Pope Francis went on to note that the historical context in which their patron saint, Saint Thomas Aquinas, lived “also had its challenges”. At that time, the writings of Greek philosopher Aristotle were also being discovered, he noted, adding that “some were reluctant to study his works, as they feared that his pagan thought was at odds with the Christian faith”.

However, continued the Pope, “St Thomas discovered that most of Aristotle’s works were in harmony with Christian Revelation. That is, St Thomas was able to show that there is a natural harmony between faith and reason”. This richness is essential to “overcome fundamentalism, fanaticism, and ideologies”, stressed the Pope.

His relationship with God

Another testimony that St Thomas left us was his profound relationship with God, which is manifested, for example, in his adoration of Jesus in His Real Presence in the Eucharist. Pope Francis noted that “his spirituality helped him to discover the mystery of God, while his talents made him shape it in writing”. This is an important fact, stressed the Pope: to uncover the Lord’s presence in the world, in events, it is necessary to pray, to have one’s heart united with that of Jesus in the shrine”.

Pope Francis then went on to stress to those present that in living out their charism, “which you concretely realise through education, it is important that you remember that teaching is precisely one of the works of spiritual mercy”. Education, he continued, “offers a meaning, a narrative to every element of human life. It does not end with sharing knowledge or developing skills, but, as its etymology shows, helps to bring out the best in each person”.

Bringing his discourse to a close, Pope Francis expressed his desire to entrust each member of FASTA to the protection of our Blessed Mother, remembering the maternal dimension of the Apostolic work of their late founder Brother Aníbal, whilst “Mary teaches us to be evangelizers of culture, youth and families by bringing divine tenderness”.