Home Test page Pope to persons with disabilities: “The Church is truly your home”

Pope to persons with disabilities: “The Church is truly your home” 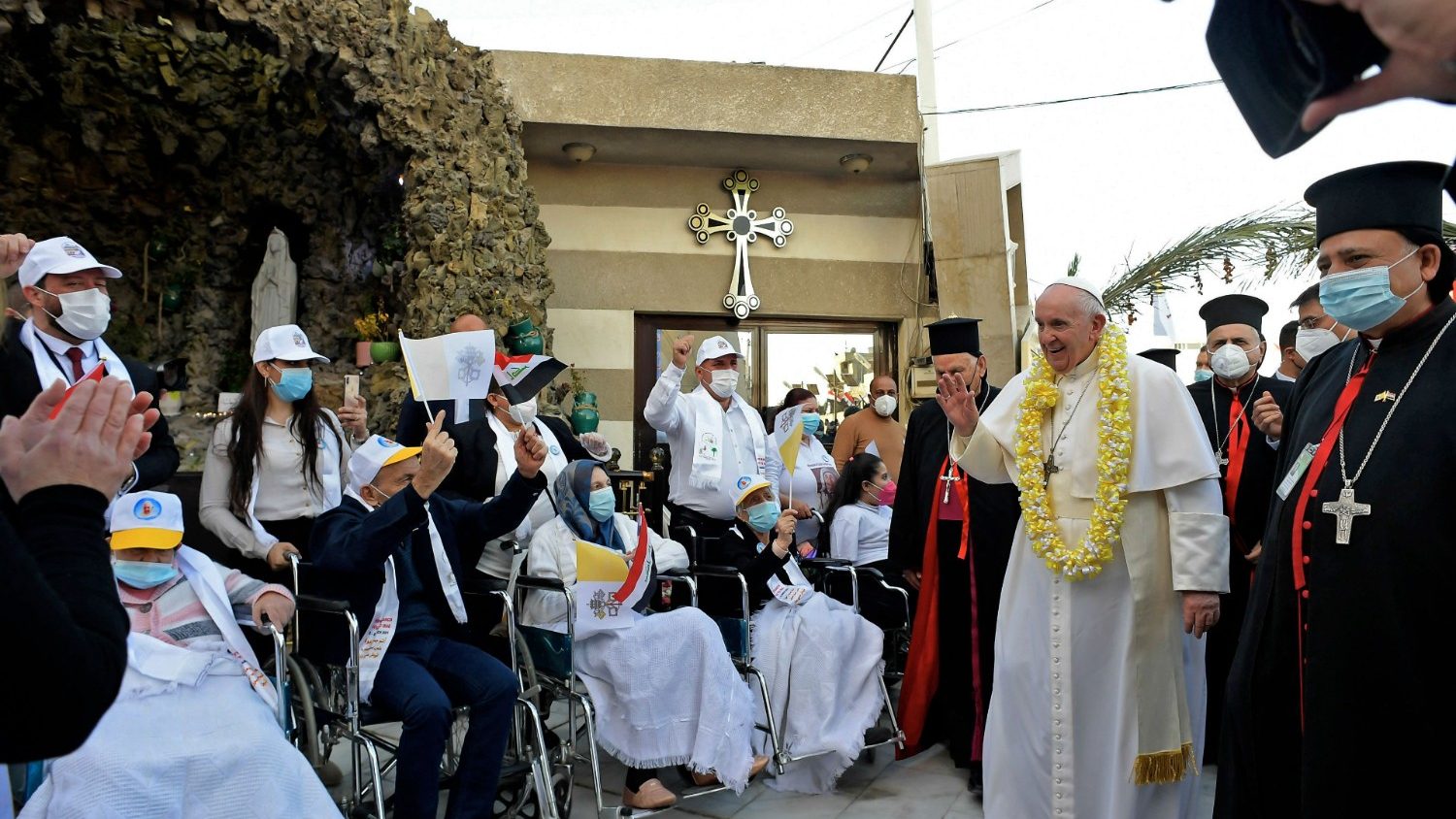 Pope Francis assures people with disabilities that the Church is truly their home, saying the Church is a community of imperfect people and sinners who are in need of God’s forgiveness. The Pope expresses the Church’s closeness to them in a message on the occasion of the United Nations International Day of Persons with Disabilities, 3 December

The Pope’s message, released by the Vatican at a press conference on Thursday, has as its theme, “You are my friends” (Jn 15:14). “We are called to be friends of Jesus,” the Pope says, adding that this can serve as the spiritual key to accepting the limitations that all of us have, and thus to be at peace with them. This in turn can lead to a joy that “fills hearts and lives.”

“The Church is truly your home!” the Pope assures people with disabilities. “We, all of us together, are Church, because Jesus chose to be our friend . . . Everyone has a part to play; no one is a mere extra.” Hence, “each of you,” he says, “is also called to make his or her own contribution to the synodal journey” in “a participative and inclusive ecclesial process.”

Unfortunately, the Holy Father points out, even today many people with disabilities “are treated as foreign bodies in society.” He says, “You can feel that [you] exist without belonging and without participating,” and that “much still prevents [you] from being fully enfranchised.” “Discrimination,” he notes, “continues to be all too present at various levels of society; it feeds on prejudice, ignorance, and a culture that finds it hard to appreciate the inestimable value of each person.”

“The continuing tendency to regard disabilities as a kind of disease,” he laments, “contributes to keeping lives separate and stigmatizing you.”

Discrimination in the Church

In the Church, the Pontiff says, “the worst form of discrimination . . . is the lack of spiritual care” which is sometimes experienced in the form of denying access to the sacraments to those with disabilities.

In this regard, the Pope stresses the Church’s teaching that “no one can deny the sacraments to persons with disabilities” — for Jesus does not call us servants, women and men of lesser dignity, but friends: confidants worthy of knowing all that He has received from the Father.

Pope Francis further says that Jesus’ friendship protects us in moments of difficulty, such as during the Covid-19 pandemic, which has had grave repercussions for many disabled persons. Many of them were forced to stay at home for long periods of time; many students with disabilities had difficulties in accessing aids to distance learning; the lengthy interruption of social care services; and other hardships.

Those who had been confined to residential facilities were particularly hit by the virus, with many lives lost. “Know that the Pope and the Church are especially close to you, with love and affection!” Pope Francis says.

“The Church stands beside those of you who are still struggling with the Coronavirus,” the Pope assures persons with disabilities.

He points out that the Church always “insists that everyone be provided with treatment, and that disabilities not prevent access to the best care available.” In this regard, the Holy Father commends the bishops’ conferences of the United States and of England and Wales, which have demanded respect for the right of everyone, without discrimination, to medical care.

Friendship – a call to holiness

Explaining further the friendship with Jesus, the Pope says the Lord wants us to be happy. “He wants us to be saints and not to settle for a bland and mediocre existence.” Speaking about the universal call to holiness, the Second Vatican Council teaches that “all the faithful of Christ of whatever rank or status, are called to the fullness of the Christian life and to the perfection of charity.” “They must devote themselves to the glory of God and the service of their neighbour”.

In this regard, the Holy Father notes that whenever persons with disabilities met Jesus, their lives changed profoundly and they became His witnesses, as in the case of the man born blind in John’s Gospel.

Addressing each one of the disabled persons, Pope Francis urges them to pray, assuring them that the Lord listens attentively to the prayers of those who trust in Him. “Prayer is a mission, a mission accessible to everyone, and I would like to entrust that mission in a particular way to you. There is no one so frail that he or she cannot pray, worship the Lord, give glory to His holy Name, and intercede for the salvation of the world.”

In conclusion, Pope Francis reminds all that the pandemic has clearly shown us that we are all weak and vulnerable; we are all in the same boat, fragile and disoriented, but at the same time important and needed; all of us are called to row together. And the “primary way to do so is precisely by praying”.