Home Test page Pope to Italian youth: Be a sign of hope in new and creative ways

Pope to Italian youth: Be a sign of hope in new and creative ways 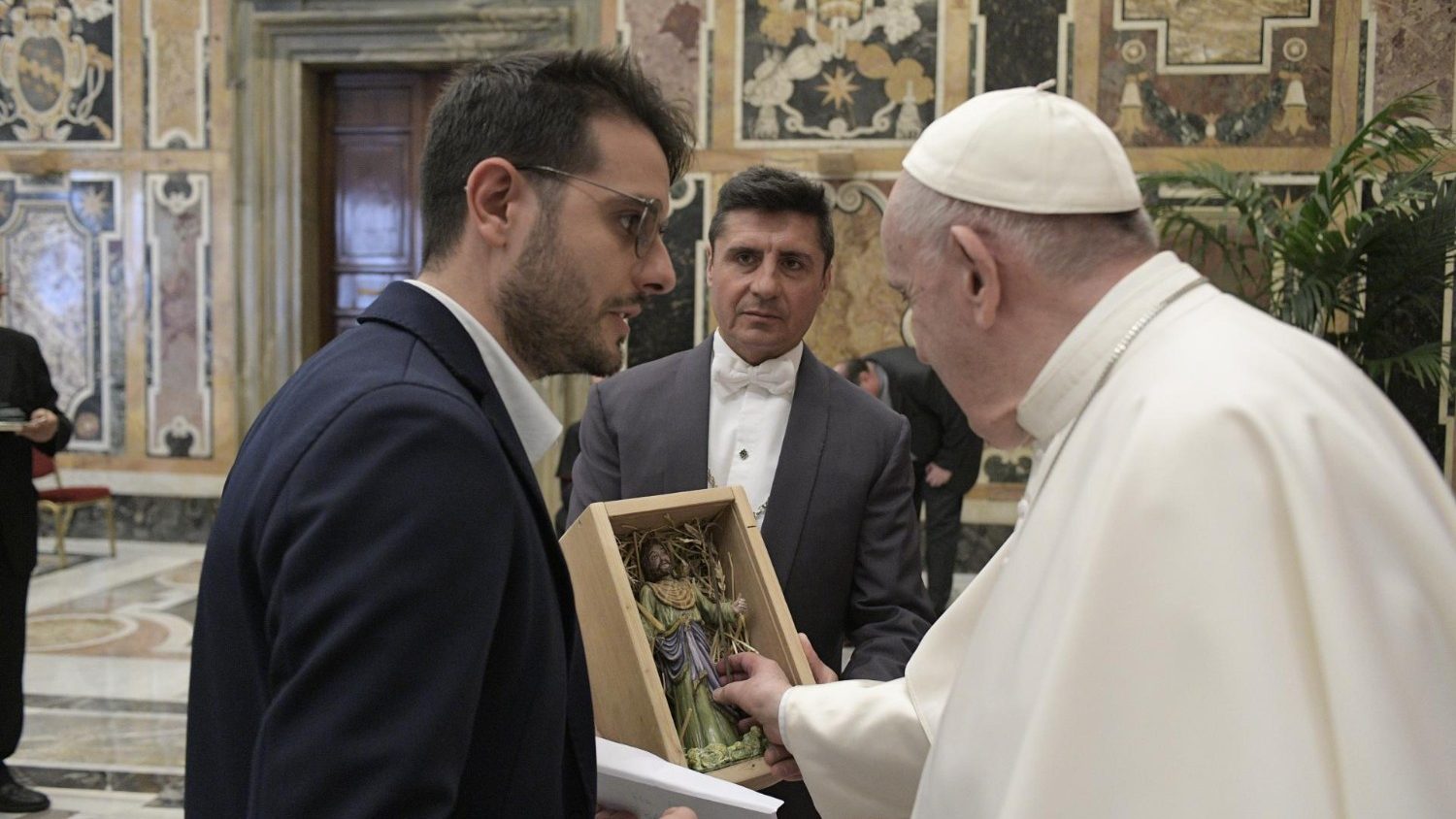 Pope Francis noted that evangelization “also takes place through care for people who are working,” and that recovery from the pandemic crisis requires courage to “dream together”, as the young people and adults promoting the Italian Church’s “Progetto Policoro” have been doing for 25 years. The Pope met with the one hundred young people and 20 adult leaders of the project promoted by the Italian Bishops’ Conference, represented by its president, Cardinal Gualtiero Bassetti, in the Clementine Hall, encouraging them to be “signs of hope” in new and creative ways.

Animate, inhabit, be passionate and accompany

The Pope offered four suggestions: animate, inhabit, be passionate and accompany others. He was addressing young people representing more than 400 companies, freelancers, cooperatives, and commercial activities, that initially started in the south and later spread throughout Italy thanks to support received for the project, which is animated by the Spirit of Christ, with the goal of helping people get back on their feet to support others “in life, the family, the Church and society”.

Giving a soul to the economy

Pope Francis gave his address after the presentation of a project by two young spokespersons whom he thanked for their gift of a papier-mâché statue made by a cooperative in Matera of persons with disabilities. He explained that to animate is “to give a soul to the economy.” As young people in the “Economy of Francis” initiative are doing, citing his encyclical Laudato si’, the Pope said “social problems can be addressed with community networks”.

Pope Francis told his audience that they are “animators of communities,” and communities “must be animated from within with dedication: to be builders of relationships, weavers of a humanity in solidarity.”  Recalling his encyclical Fratelli tutti, he said it is important to help parishes and dioceses to undertake and plan on the “biggest issue (which) is work” so that “the seeds that God has placed in each person – abilities, initiative, strengths” might germinate.

Creativity for a new economy

Pope Francis underscored that “to be concerned with work is to promote the dignity of the person” since work comes from our ” ingenuity and creativity.” He told his young audience that they “are not people who limit yourselves to complaining about the lack of employment, but you endeavor to be proactive, protagonists, encouraging the growth of entrepreneurial persons at the service of the common good”, as Pope Benedict noted in his encyclical Caritas in Veritate, to “prioritize the goal of access to steady employment for everyone”.

Pope Francis encouraged the young people to draw from their creativity to develop a new type of economy as alternative to the consumer one, which is prone to produce waste. “Sharing, fraternity, gratuitousness and sustainability are the pillars on which to base a different economy”, the Pope said, “a dream that requires audacity, because it is the bold who change the world and make it better.” He also said it is a matter of faith, since “true novelty always comes from the hands of God”.

Inhabit the world without trampling it

Inhabit was the second verb the Pope highlighted, since young people can show everyone “that it is possible to inhabit the world without trampling on it,” because inhabiting the earth does not mean “possessing it, but knowing how to live relationships in their fullness: with God, with our brothers and sisters, with creation and with ourselves. He offered words of encouragement to young people involved in new projects the Puglia, Calabria and Basilicata regions of Italy, “to love the territories in which God has placed you, avoiding the temptation to flee elsewhere”, since it is precisely the peripheries “that can become laboratories of fraternity….from the peripheries often come experiments in inclusion.”

Be passionate about serving people

The third verb Pope Francis used is to be passionate about their outreach, noting that what makes the difference is “the passion for Jesus Christ and for His Gospel,” which can be seen in the the extra effort “you put into accompanying other young people to take their lives into their own hands, to become passionate about their future, to develop useful skills for work.” He expressed his hope that the “Progetto Policoro” will always be at the service of “the lives of people, especially the poor and the least of our society.” He encouraged them to reach out and help lift up those who are on the margins of society, to not be afraid to seek solutions to problems “by putting ourselves on the line.”

The final verb – accompany – concluded the Pope’s talk, when he recalled that “your dioceses look to you with hope, and each of you is capable of becoming a companion on the road to all the young people you meet on your path.” Helping young people get back on track after these especially difficult times, he noted, “becomes the sign of a Church that knows how to take people by the hand,” as Christ did with the disciples of Emmaus, who were “resigned and disheartened by what had happened in Jerusalem.” He noted, “Faith tells us that the crisis can be a passage to growth: the Spirit of the Risen Christ animates hope, which becomes a help to people so that they can get back on their feet…return to dreaming and engage in life, in the family, in the Church and in society.”

The Pope concluded by emphasizing that the young people of “Progetto Policoro” are already “signs of hope”, and may their presence in the dioceses help everyone to understand that evangelization also passes through outreach in the world of work, encouraging them to “dream together” for the good of the Church in Italy.