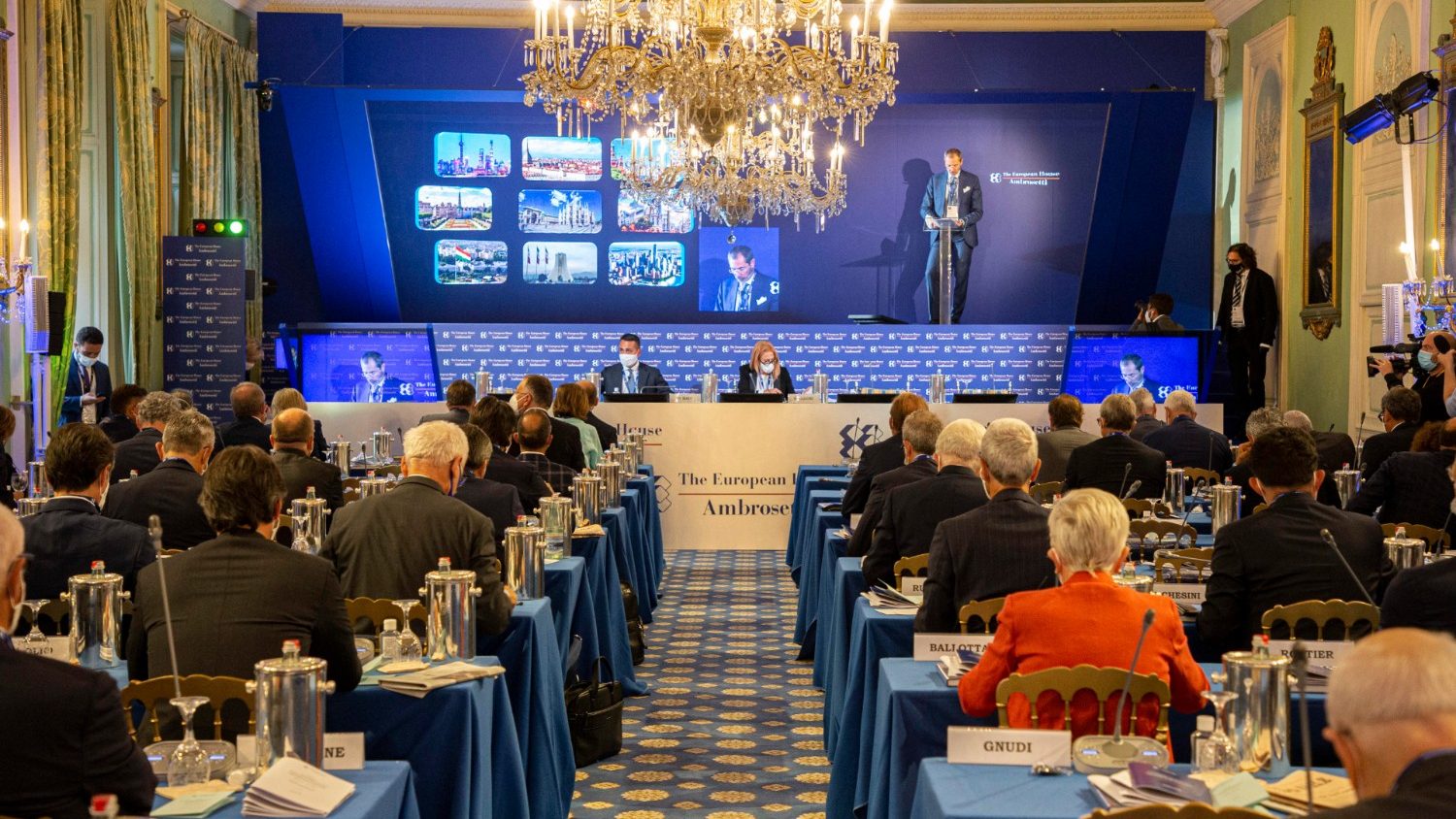 The Forum of the European House-Ambrosetti is an annual event that brings together Heads of State and government, representatives of European institutions and business leaders to discuss issues of major importance for the economy and society.

This 46th edition, which takes place in Northern Italy from 4-5 September, has as its theme, “Intelligence on the World”, Europe and Italy.

In a message to participants, Pope Francis notes that this year’s Forum deals with significant issues involving society, the economy and innovation “that call for extraordinary efforts to meet the challenges created or aggravated by the present medical, economic and social emergency.”

The experience of the pandemic, the Pope writes, “has taught us that none of us is saved alone. We have experienced at first hand the vulnerability of the human condition that is ours and that makes us one family.”

He points out that, “Having failed to show solidarity in wealth and in the sharing of resources, we have learned to experience solidarity in suffering.”

Challenges of the pandemic

In cultural terms, Pope Francis highlights that “this time of trial has taught us a number of lessons.”  While showing the world the greatness of science, it has also laid bare its limits, he says.

“It has called into question the scale of values that sets money and power over all else.”

The Pope goes on to say that the pandemic “has made us refrain from the superfluous and concentrate on the essential.”

“In the face of a future that appears uncertain and full of challenges, especially on the social and economic level, we have been moved to spend this time discerning what is lasting from what is fleeting, what is necessary from what is not,” says Pope Francis

In the situation in which the world is living, the Pope stresses that “economics in its deepest human meaning as the governance of our earthly home takes on even greater importance.”

At a time, the Pope says, when “science and technology have, of themselves, proved insufficient… What has proved decisive instead, is the outpouring of generosity and courage shown by so many persons.”

What is needed now, Pope Francis underlines, is a new way of thinking, “one that can broaden our gaze and guide technology towards the service of a different model of development, more healthy, more human, more social and more integral.”

The present, the Pope writes, “is a time for discernment in light of the principles of ethics and the common good, for the sake of the recovery desired by all…  Christ urged all who heard Him, and ourselves today, not to stop at externals, but to discern sagely the signs of the times. To do so, two things are demanded, conversion and creativity.”

An ecological conversion, he adds, is required to “reconnect with the world around us.

“We are also called to be creative, like artisans, devising fresh new ways to pursue the common good.”  There needs to be the creativity of love, the Pope emphasizes, that inspires bold decisions and “can restore meaning to the present, in order to open it to a better future.”

In his message, Pope Francis underlines the importance of investing in young people, which is why -he says – he has invited them to meet from 19-21 November in Assisi, the town of the young Saint Francis.

They are the next generation of economists and entrepreneurs who will be the protagonists of tomorrow’s economy, “prepared to put themselves at the service of the community and the creation of a culture of encounter,” says the Pope.

The future of Europe

Seventy years have passed since the Schuman Declaration of 9 May 1950, which paved the way for today’s European Union.

Noting that significant date, and the Forum’s work on a development agenda for Europe, the Pope comments that “Europe is called to show leadership in a creative effort.”

That creative effort, he stresses, is one of solidarity which is the “antidote to the virus of selfishness, a virus far more potent than Covid-19.”

The human person, says the Pope must take centre stage and be at the heart of “our educational, healthcare, social and economic policies. Persons must be welcomed, protected, accompanied and integrated when they come knocking on our doors, seeking a future of hope.”

Concluding his message, Pope Francis expresses the hope that the Forum’s discussions will prove fruitful. He also urges participants “to strive to develop new understandings of the economy and progress, to combat every form of marginalization, to propose new styles of life and to give a voice to those who have none.”

FacebookTwitterPinterestEmailLinkedIn
Pope Francis: Economics should not ‘sacrifice human dignity to the idols of finance’Cardinal Parolin in Lebanon: The Church, Pope Francis are with you after Beirut explosion