Home Test page Pope: The poor enable us to discover the true face of the Father

Pope: The poor enable us to discover the true face of the Father 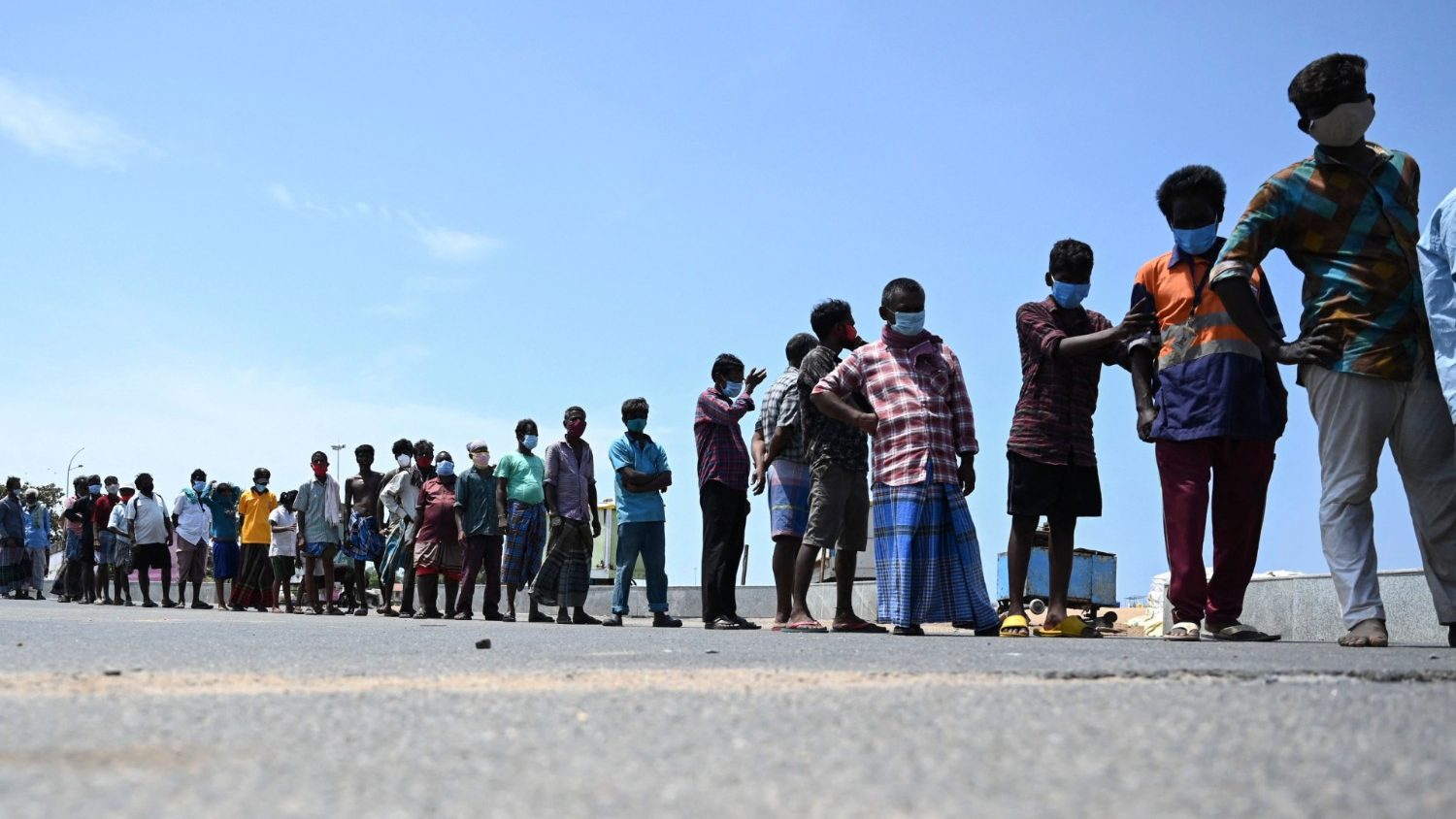 The theme of the fifth World Day of the Poor is “The poor you will always have with you” taken from the gospel of Mark. Pope Francis released the message for the annual observance on Monday, ahead of the actual date of its commemoration which is slated for November 14, the thirty-third Sunday in Ordinary Time in the Church’s liturgical calendar.

Inspired by the theme from Mk 14: 7, Pope Francis notes that Jesus spoke the words at a meal in Bethany in the home of Simon the leper, a few days before Passover. A woman came in with an alabaster flask of precious ointment and poured it over Jesus’ head, causing great amazement and giving rise to two interpretations.

The first was indignation. Considering the value of the ointment, some of thsoe present, including the disciples, felt it should have been sold and the proceeds given to the poor. Judas, in particular, was very vocal, “not because he cared about the poor, but because he was a thief” and wanted to take what was in the money box.

The second interpretation was that of Jesus which makes us appreciate the meaning of the woman’s act. He asked them to leave her alone because he saw in her act, “an anticipation of the anointing of his lifeless body prior to its placement in the tomb.”

“Jesus was reminding them that he is the first of the poor, the poorest of the poor, because he represents all of them.  It was also for the sake of the poor, the lonely, the marginalized and the victims of discrimination, that the Son of God accepted the woman’s gesture,” Pope Francis observed.

He added that the nameless woman was meant to represent all women down the centuries “who would be silenced and suffer violence.” Jesus then went on to associate her with the great mission of evangelization: ““Amen, I say to you, wherever the Gospel is proclaimed to the whole world, what she has done will be told in memory of her” (Mk 14:9).

The empathy established between Jesus and the woman, his interpretation of her anointing in contrast to the indignation of Judas and the other disciples, “can lead to a fruitful reflection on the inseparable link between Jesus, the poor and the proclamation of the Gospel,” the Pope said.

Concern for the poor

“The face of God revealed by Jesus is that of a Father concerned for and close to the poor,” Pope Francis noted. “In everything, Jesus teaches that poverty is not the result of fate, but a concrete sign pointing to his presence among us.”

Therefore, “the poor, always and everywhere, evangelize us, because they enable us to discover in new ways the true face of the Father.” Thus, we are called to discover Christ in them, lend our voices to their causes, listen to and understand them, and welcome them because “Jesus not only sides with the poor but also shares their lot.”

Returning to the theme of his message, Pope Francis warned that the constant presence of the poor should not make us indifferent, “but summon us instead to a mutual sharing of life that does not allow proxies.” He insisted that our commitment “does not consist exclusively of activities or programmes of promotion and assistance; because what the Holy Spirit mobilizes is not an unruly activism, but above all an attentiveness that considers the other in a certain sense as one with ourselves.”

Creating a distinction between acts of charity and mutual sharing, he said that acts of charity presuppose a giver and a receiver, whereas mutual sharing generates fraternity. In this regard, almsgiving is occasional while mutual sharing is enduring.  The former risks gratifying those who perform it and can prove demeaning for those who receive it; the latter strengthens solidarity and lays the necessary foundations for achieving justice.

The Holy Father went on to stress the need for us to follow the Lord’s invitation to “repent and believe in the Gospel” (Mk 1:15). He added that this conversion consists in “opening our hearts to recognizing the many different forms of poverty and manifesting the Kingdom of God through a lifestyle consistent with the faith we profess.”

Explaining further, he said that Christian discipleship entails deciding not to accumulate earthly treasures that give the illusion of security but rather adopting the willingness “to be set free from all that holds us back from achieving true happiness and bliss, in order to recognize what is lasting, what cannot be destroyed by anyone or anything.”

In this regard, “Christ’s Gospel summons us to display special concern for the poor and to recognize the varied and excessive forms of moral and social disorder that are generating ever new forms of poverty,” the Pope pointed out, adding that we are now seeing the creation of new traps of poverty and exclusion “set by unscrupulous economic and financial actors lacking in a humanitarian sense and in social responsibility.”

In the face of the difficulties caused by the Covid-19 pandemic – a “portent of poverty – which continues to affect millions of people, particularly the poor in a disproportionate way, Pope Francis highlights the “clear need to find the most suitable means of combating the virus at the global level without promoting partisan interests.”

“It is especially urgent to offer concrete responses to those who are unemployed, whose numbers include many fathers, mothers, and young people,” the Pope said, pointing out that some countries are suffering extremely severe consequences from the pandemic, so that the most vulnerable of their people lack basic necessities and “the long lines in front of soup kitchens are a tangible sign of this deterioration.”

“How can we give a tangible response to the millions of the poor who frequently encounter only indifference, if not resentment? The Pope asked. “What path of justice must be followed so that social inequalities can be overcome and human dignity, so often trampled upon, can be restored?”

Proposing concrete steps, he said that is it necessary to generate “development processes in which the abilities of all are valued so that complementarity of skills and diversity of roles can lead to a common resource of mutual participation” because “poverty is not the result of fate but it is the result of selfishness” and “individualistic lifestyles are complicit in generating poverty, and often saddle the poor with responsibility for their condition.”

Pope Francis went on to underline the need for a different approach to poverty which should motivate us “to creative planning, aimed at increasing the freedom needed to live a life of fulfilment according to the abilities of each person,” instead of talking about the poor in the abstract and in terms of statistics.

“We need to be open to reading the signs of the times that ask us to find new ways of being evangelizers in the contemporary world,” Pope Francis urged, warning that immediate assistance in responding to the needs of the poor must not prevent us from showing foresight in implementing new signs of Christian love and charity as a response to the new forms of poverty experienced by humanity today.

Concluding his message, the Holy Father expressed hope that the World Day would grow in our local Churches and “inspire a movement of evangelization that meets the poor personally wherever they may be.” He urged everyone not to wait for the poor to knock on our doors but to rather urgently reach them in their homes, hospitals, on the streets…