Home Test page Pope: The Church is invited to listen actively to families and involve them in pastoral care

Pope: The Church is invited to listen actively to families and involve them in pastoral care 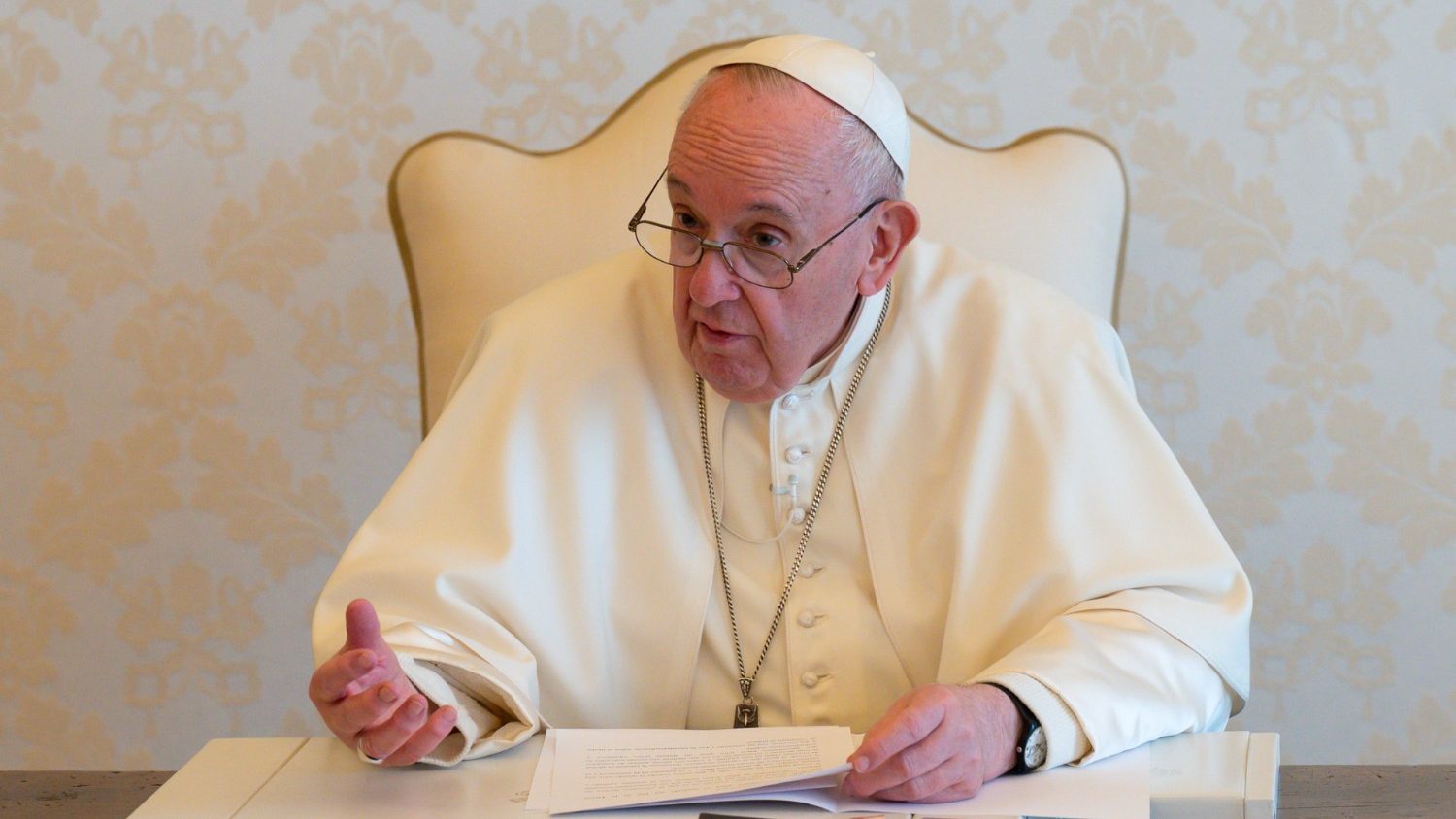 Pope Francis on Wednesday addressed participants at a forum organized by the Dicastery for the Laity, Family and Life, to discuss strategies for the application of the Apostolic Exhortation Amoris Laetitia, five years on from its promulgation in March 2016.

In a video message, the Pope highlighted that the forum represents an essential moment of dialogue between the Holy See, episcopal conferences, movements and family associations in keeping with the Amoris Laetitia Family year, announced by Pope Francis during his Angelus Message on 27 December 2020. This is because “the Holy Spirit makes it a fruitful moment for the Church, pastors and laypersons together, to come together to listen to the concrete needs of families and to help each other in undertaking the processes necessary to renew the proclamation of the Church.”

The webinar, that takes place from 9 – 12 June, will see delegates from the Family Offices of over 60 episcopal Conferences and more than 30 international movements in attendance. The participants will gather under the theme: “Where do we stand with Amoris laetitia? Strategies for the application of Pope Francis’ Apostolic Exhortation.”

Stimulating an ecclesial discernment on the family

Holding up the theme of the meeting, Pope Francis said that it is “intended to stimulate a fruitful ecclesial discernment on the style and the aims of family pastoral care from the perspective of new evangelization.”

The Exhortation Amoris Laetitia, the Pope noted, “is the fruit of an in-depth synodal reflection on marriage and the family and, as such, requires patient work in implementation and missionary conversion.”

In this light, the Forum “is positioned in continuity with the synod path, which must be able to be implemented in the local Churches” and requires “cooperation, sharing of responsibility, the capacity for discernment and willingness to be close to families.”

Pope Francis went on to highlight the Church’s invitation to listen actively to families and to involve them as subject of pastoral care, especially in the midst of the difficulties caused by the pandemic which “lacerate the life of the family and its intimate communion of life and love.”

To bring God’s love to families and young people, he said, “we need the help of the families themselves, their concrete experience of life and communion. We need spouses alongside the pastors, to walk with other families, to help those who are weaker, to announce that, even in difficulties, Christ is present in the Sacrament of Marriage to give tenderness, patience and hope to all, in every situation of life.”

The Pope affirmed that all baptized persons are “agents of evangelization,” and stressed that it is necessary to set aside merely theoretical messages without connection to people’s real problems, as well as the idea that evangelization is reserved for a pastoral elite.

Co-responsibility for the mission

“Marriage, like the priesthood, serves to build up the People of God and confers a special mission to spouses in the edification of the Church,” Pope Francis said.

The family, thus, is a ‘domestic Church’ where the sacramental presence of Christ acts between spouses and between parents and children, and “the experience of love in families is a perennial source of strength for the life of the Church.” Therefore, by virtue of the Sacrament of marriage, “every family becomes to full effect a good for the Church.”

In this perspective, co-responsibility for the mission requires married couples and ordained ministers, especially bishops, to cooperate in the care of domestic Churches.

“We pastors must let ourselves be enlightened by the Spirit, so that this salvific proclamation may be realized by married couples who are often there, ready, but not called upon,” the Pope said, adding, that just as “the masculine and feminine, in their complementarity, combine to make up the tapestry of the family, so too the sacraments of Holy Orders and marriage are both indispensable to building up the Church as a family of families”.

A fresh look at Amoris Laetitia

Further addressing the participants, the Pope invited them to take “a fresh look” at the Exhortation in order to identify “among the pastoral priorities indicated therein, those that best correspond to the concrete needs of each local Church and to pursue them with creativity and missionary zeal.”

“In the wake of the programmatic value of Evangelii gaudium and the concrete pastoral programme outlined by Amoris laetitia for family pastoral care, I hope that all communities will devote the necessary effort to advancing along the path of a pastoral and missionary conversion which cannot leave things as they presently are,” he said.

Pope Francis also called for special efforts to be made in the formation of lay people, especially spouses and families, so that they may better understand the importance of their ecclesial commitment and the mission derived from being married couples and families.

The Holy Father went on to draw attention to some of the Church’s challenges on the family that require a renewed pastoral impetus, including “marriage preparation, the accompaniment of young married couples, education, attention to the elderly, closeness to wounded families or to those who, in a new union, wish to live the Christian experience to the full.”

Finally, Pope Francis expressed hope that the meetings will be an opportunity to share ideas and pastoral experiences, as well as create a network that can help proclaim the Gospel of the family in the most effective way in response to the signs of the times.

With a request for prayers for himself, the Pope concluded his address, entrusting the participants of the forum to the intercession of Our Lady and Saint Joseph.

Pope Francis’ message to the forum on Amoris Laetitia

Share on FacebookShare on TwitterShare on PinterestShare on EmailShare on LinkedIn
Pope Francis: Say the ‘Jesus Prayer’ throughout the dayIreland’s High Court to hear abortion case