Pope: St Teresa of Ávila shows importance of women in Church and society 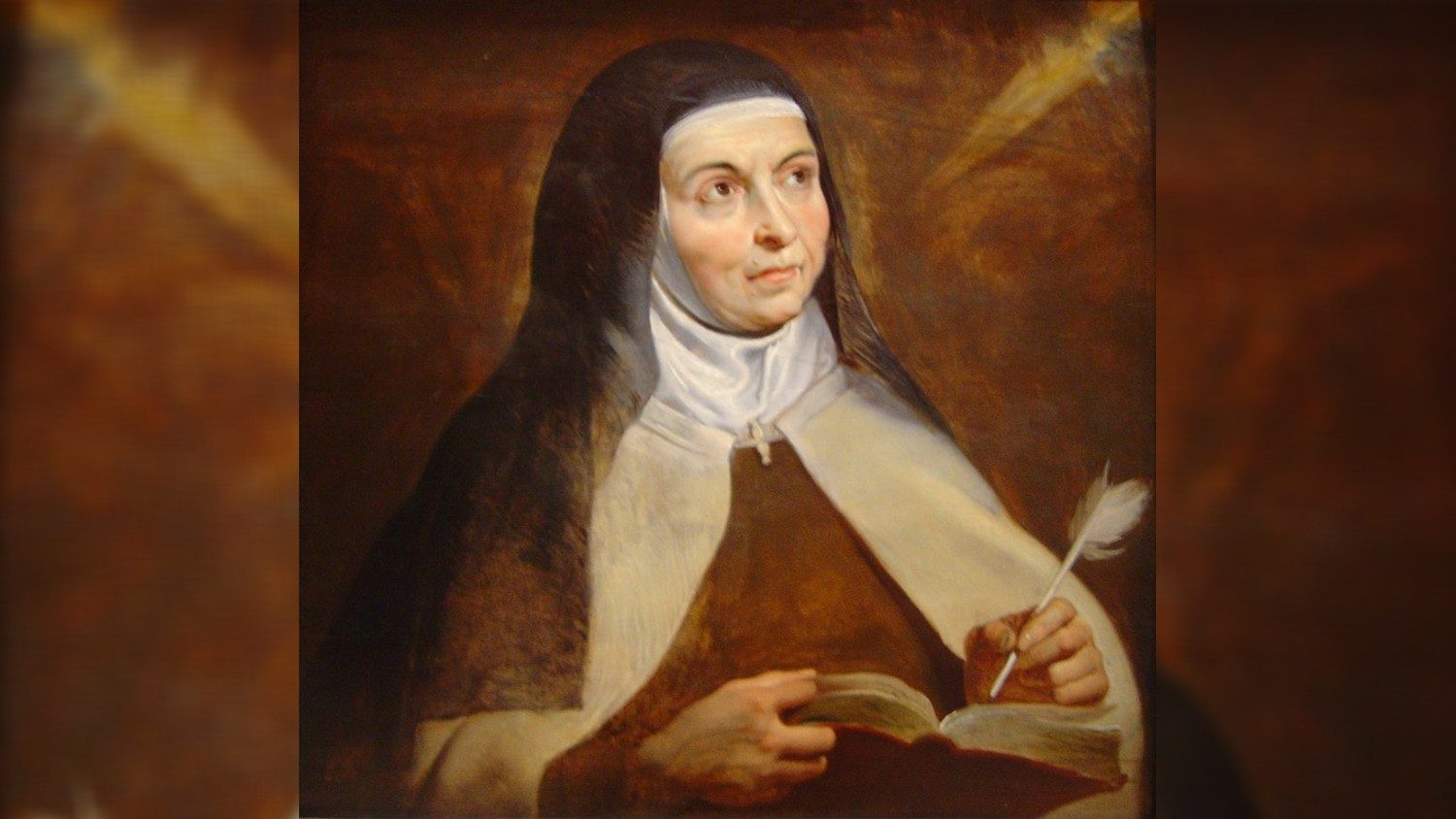 Opening his message to Archbishop Gil Tamayo of Ávila, Spain, Pope Francis noted that St Teresa was the first woman to become a Doctor of the Church.

He said the title was a recognition of the “precious teaching that God has transmitted to us through her writings and the testimony of her life.”

Fifty years ago, on 27 September 1970, Pope St Paul VI conferred the title of Doctor of the Church on St. Teresa of Ávila.

The Catholic University of Ávila, which is dedicated to the Spanish mystic, is celebrating this historic anniversary with an international congress entitled “Exceptional woman,” as Pope Paul VI described her himself. It runs until 15 April.

Saint Teresa was born in 1515 and died in 1582. Pope Francis wrote in his message that even now, nearly half a millenium since her death, wrote that “the flame that Jesus lit in Teresa continues to shine in this world, always in need of courageous witnesses, capable of breaking down any wall, whether physical, existential or cultural.”

He also cited her intelligence and tenacity, which she joined to “a sensitivity to beauty and a spiritual motherhood toward all those who approached her work.”

The Pope added that she was an example of the “extraordinary role that women have played throughout history in the Church and in society.”

A message for those seeking purification

Saint Teresa of Ávila still speaks to us today, thanks to her writings.

Pope Francis noted that her message and example are for everyone, “for those who feel the call to religious life,” but also “for all those who wish to progress on the path of purification from all worldliness, which leads to union with God, to the lofty abodes of the interior castle.”

“Having her as a friend companion and guide in our earthly pilgrimage confers security and tranquility,” he said.

The Pope concluded his message by recalling Teresa’s great devotion to St. Joseph and by encouraging all the faithful to continue to look deeper into her message and teachings.

Share on FacebookShare on TwitterShare on PinterestShare on EmailShare on LinkedIn
Cardinal Bo: ‘We need the light of God’s mercy in Myanmar’Northern Ireland: Churches urge politicians to uphold Good Friday Agreement