Pope sends condolences on the death of Brazilian Cardinal Scheid 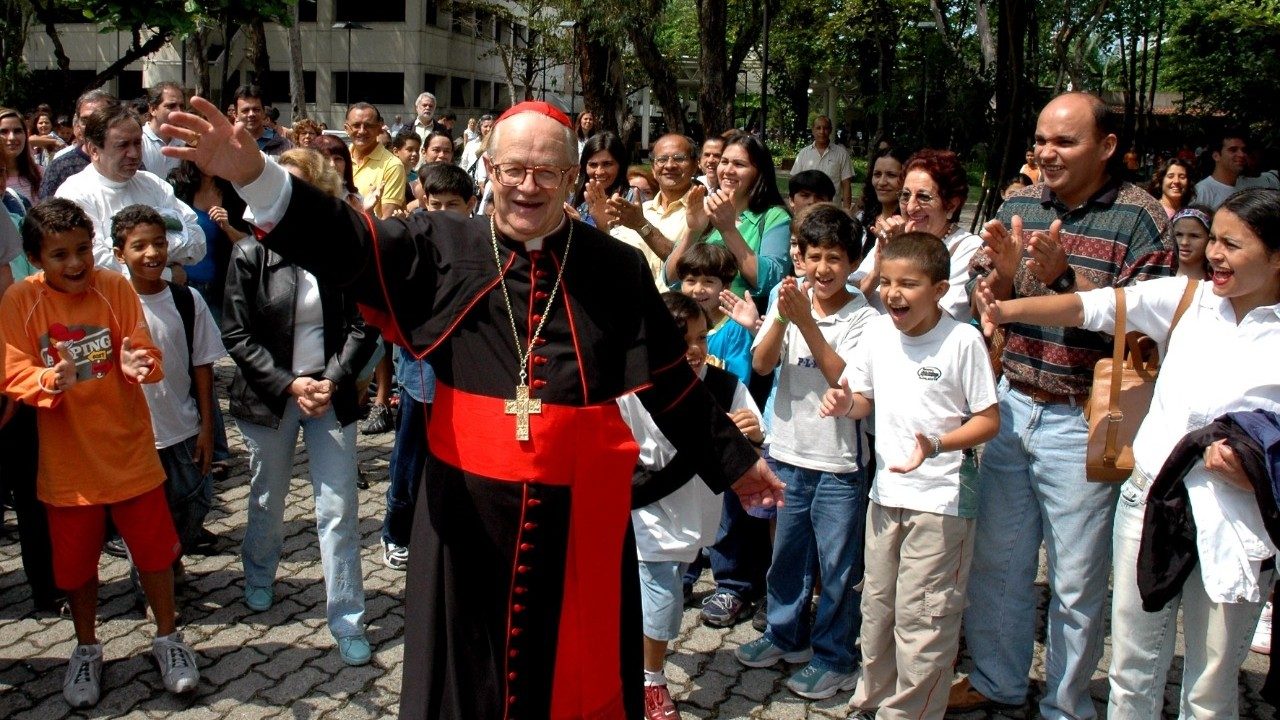 He also offers “prayerful solidarity” to all the faithful who found him to be “a zealous pastor.”

The Pope writes that the late Cardinal’s Episcopal motto is “God is Good,” which he says, “Reminds us of God’s goodness to His Church.” He adds, “This remembrance is truly consoling when we remember beloved Eusebio’s gift that served the people of God so diligently, having been the first Bishop of São José dos Campos.”

In the telegramme, the Pope thanks “the Most High for having given to the Brazilian Church such a generous pastor.

“I offer fervent prayers to welcome him into eternal happiness and console him with hope in the resurrection and to all those who mourn the loss of their beloved pastor.”

Bishop Eusebio was born in Luzerna, Santa Catariana, on December 8, 1932. He attended elementary school and high school at the Seminary of the Priests of the Sacred Heart of Jesus in Corupá, Brazil.  A religious of the Congregation of the Fathers of the Sacred Heart of Jesus, (also known as  Dehonians after their founder, Leo John Dehon), he made his religious profession on 2 February 1954. He studied Philosophy in Brusque, Brazile (1954) and at the Pontifical Gregorian University in Rome, Italy (1955-1957), where he also studied Theology (1957-1964). He was ordained a priest on 3 July 1960 in Rome. He continued his postgraduate studies and received his Master’s and Doctoral degrees in Christology. On 18 February  1981 he was named first bishop of the Diocese of São José dos Campos, Brazil, where he was ordained bishop on 1 May 1981.

Before being ordained bishop, Cardinal Scheid worked at the Cristo Rei Seminary and Northeast Regional Seminary, Recife, Brazil (1964-1965); Professor of Dogmatic Theology and Liturgy at the Theological Institute of Taubaté (1966-1981) and Aparecida; Coordinator of Catechesis in Taubaté (1970-1974); Director of the Faculty of Theology in Taubaté; Guest Professor at PUC, São Paulo to teach Religious Culture (1966-1968).

As bishop, he performed the following services: Bishop of São José dos Campos(1981-1991); Archbishop of Florianópolis (1991-2001); President of South Regional 4 – CNBB (1994-1998); Member of the Episcopal Commission of Doctrine of CNBB for 12 years; Ordinary for the faithful of the Oriental Rite without their own Ordinary (2001); director of family pastoral care in South Regional 1 for 8 years.

At the Vatican he was a Counselor of the Pontifical Commission for Latin America from 25 November  2002; Member of the Pontifical Council for Social Communication on November 29, 2003; Papal Legate of St. Benedict XVI to the XV National Eucharistic Congress in Florianopolis from May 18-21, 2006. At the CNBB he was a member of the Permanent Council; Member of the Episcopal Commission for the National Sanctuary of Our Lady Aparecida; President of the Eastern Regional 1 – CNBB (2003-2007).

He was also a member of the Council of Cardinals for the study of the organizational and economic issues of the Holy See from 17 January 2007.

Cardinal Scheid had tested positive for COVID-19 and been admitted to the hospital on 12 January with a possible case of pneumonia.