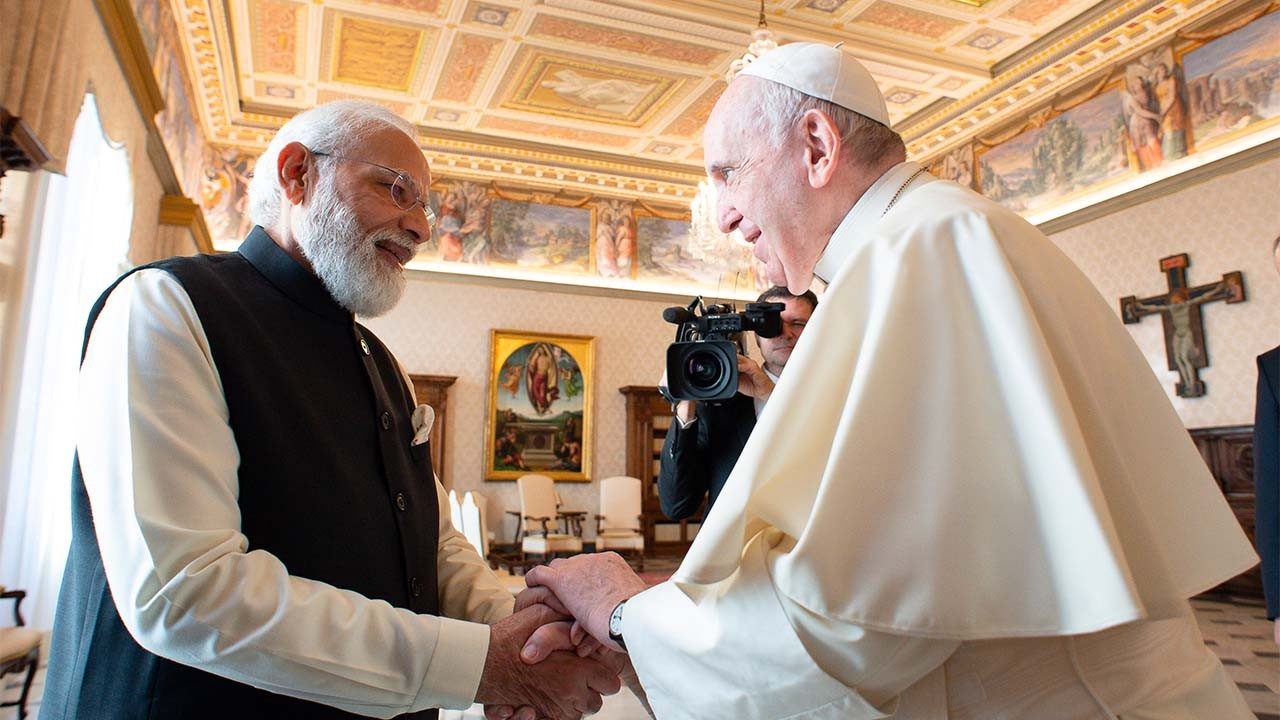 Pope Francis on Saturday received in the Vatican Indian Prime Minister Narendra Modi, the first-ever meeting between the two leaders.  After holding talks with the Pope, Modi was received by Vatican Secretary of State, Cardinal Pietro Parolin, and Vatican Secretary for Relations with States, Archbishop Paul Richard Gallagher.

“During a brief conversation, the cordial relations between the Holy See and India were discussed,” said a brief note by the Holy See Press office soon after the visit.

Modi’s Vatican visit lasted nearly an hour.  The Indian Prime Minister gifted the Pope a silver candlestick and a book on the commitment to the environment.  The Pope reciprocated with a bronze plaque with the inscription “The desert will become a garden”, volumes of papal documents, his message for World Day of Peace and the document on Human Fraternity, signed on February 4 of 2019 in Abu Dhabi by the Pope and the Grand Imam of Al-Azhar.